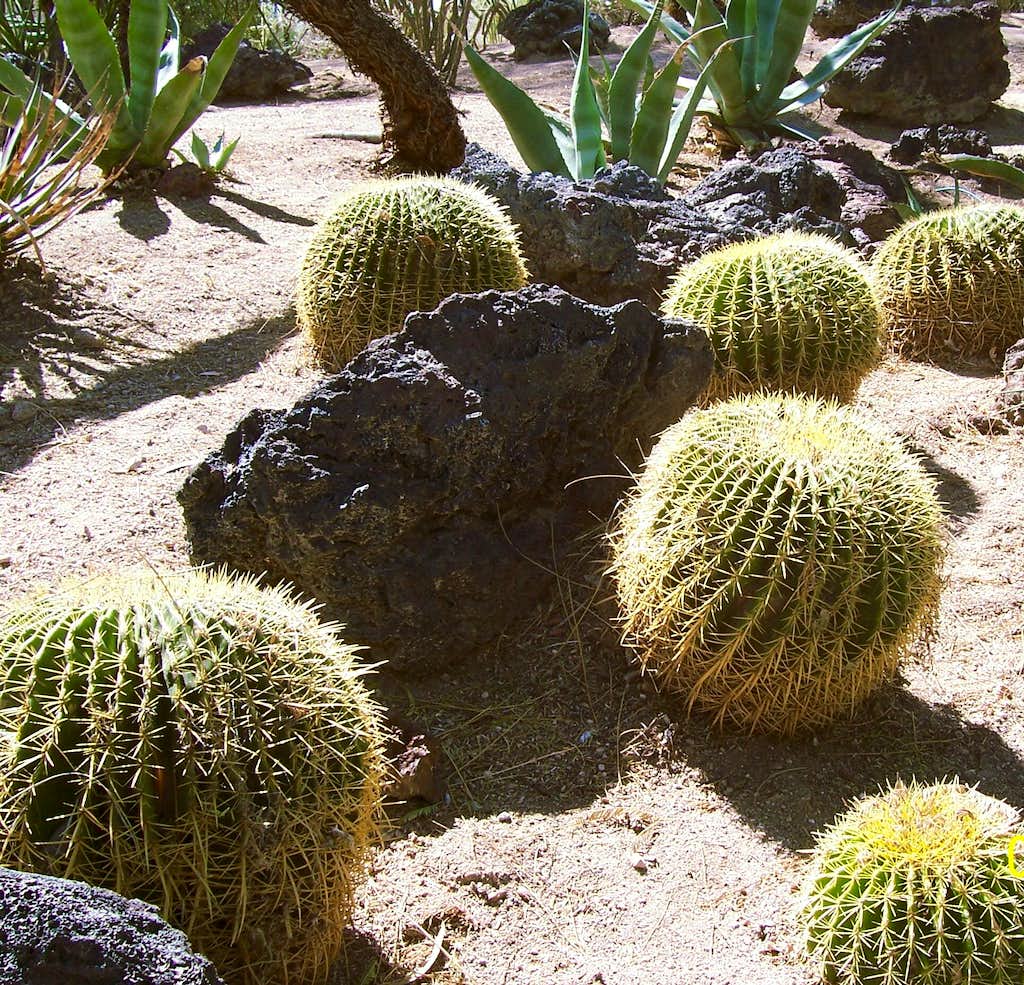 "Roll out the barrel, we'll have a barrel of fun, Roll out the barrel, we've got the blues on the run. Zing boom tararrel, ring out a song of good cheer; Now's the time to roll the barrel, for the gang's all here!!!" (original lyrics by Jaromir Vejvoda - 1927) Echinocactus grusonii is a well known species of cactus native to central Mexico from San Luis Potosi to Hidago. Described by Heinrich Hildmann in 1891, it's popularly known as Golden Barrel Cactus, Golden Ball or, amusingly, Mother-in Law's Cushion. It belongs to the small genus Echincactus, which together with the related genus Ferocactus, are commonly referred to as barrel cactus. Despite being one of the most popular cacti in cultivation, it is rare and critically endangered in the wild. Photo taken in early March at the Ethel M Chocolate cactus garden in Clark County, Nevada
« PREV NEXT »