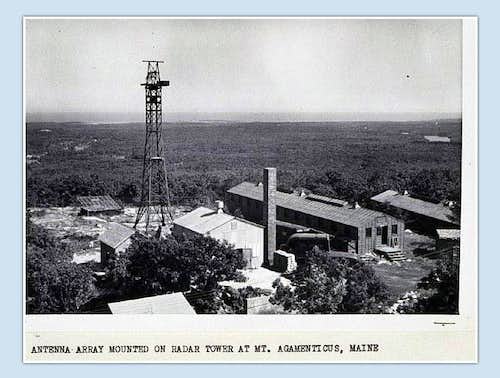 Agamenticus is located withing 9,000 private and protected acres, near Maine's sprawling coastline in the town of York. Despite its extremely low elevation, Agamenticus was actually a ski mountain between 1966 and 1974, known as the "Big A". Remninants of its past are still left all over the mountain in form of rusted ski lifts and towers. Despite its lack of elevation, on a clear day from the fire tower on the summit, you can see Bostons Skyscrapers to the south, as well as The presidential range and the Isle of Shoals to the west and east.

Directions from York; Route 1 northbound. Flo's Hot Dogs will be on your right. Turn left on Mountain Road. Travel 1.5 miles to stop sign. Turn right and travel 2.7 miles to SUMMIT ROAD located on your right. Summit Road is the Mount Agamenticus access road and will take you to the lodge and trails.

Dogs must be on leash, carry in carry out. Hunting is allowed in season. Open from sun up till sun down. All trails that are marked are open to hikers, Horses, bicycles, and ATM vehicle users.

In 1614 the Gulf of Maine was explored by Captain John Smith, in the name of Prince Charles of England. When he presented the Prince with his finding of the expedition, it included a list of native place names. In 1616 Maps were published to accompany Smith's A Description Of New England. The Mountains Indian name, Sassanows, then became Snadoun Hill. But as time went on royal recommendations did not stick and the mountain eventually took on the name of the york settlement itself, "Plantation of Agamenticus", which actually derived its name from the Abenaki name for the York River. According to local legend, Saint Aspinquid, a local Indian chief, was buried upon the summit of Agamenticus in May of the year 1682. Aspinquid was born in 1588, and once converted to christianity, spent the latter half of his life spreading the gospel to different tribes across North America. At his funeral, which was attened by thousands of Native Americans, it was said that 6,712 animals were sacrificed in his name. A cairn atop the peak pays tribute to the Indian king. Anyone who adds a rock to its top is said to be blessed with good luck. Of course whether or not Aspinquid actually existed is still debated.

There is no camping or fires permitted on the property.