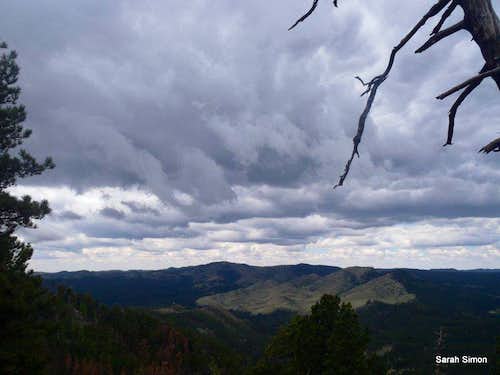 Located within Custer State Park, Mount Coolidge is perhaps best know for the fire tower that sits upon the summit. Built in 1937-9 by the CCC (Civilian Conservation Corps), the fire tower is still staffed from approximately mid-May to mid-October every year.

Mount Coolidge has suffered something of an identity crisis over the years. Originally called Sheep Mountain, the peak was renamed Lookout Mountain in 1923 only to be renamed again in 1927 to Mount Coolidge. Now, however, this mountain even has its own namesake USGS quad.

From the summit, the visitor can enjoy fantastic views of the surrounding Black Hills, including Mount Rushmore, Crazy Horse, the famous Needles and even Elsworth Airforce Base. It is said on a clear day, the Badlands can be viewed approximately 60 miles eastward. At the summit, informational kiosks tell about the 1988 Galena Fire that scorched 17,000 acres of the park.

Custer State Park is known for its population of a keystone species of this region, the American Bison. (Seriously, folks, admire these animals from a great distance!) According to National Geographic, this heaviest of North American land mammals can rise to 5 to 6.5 feet (1.5 to 2 meters) tall at the shoulder and weigh in excess of 1 ton (971 kg). Best yet, they sport pointed horns and can run at speeds of up to 40 mph (65 kph). 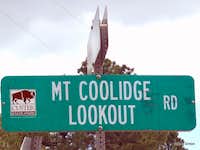 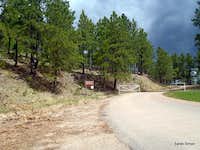 Beginning of the walk

Mount Coolidge is located 3 miles south of US Highway 16A along SD Highway 87. From here, visitors can drive 1.2 miles up the road to the lookout tower or park at the base of the road and stroll up. I will post a simple walk-up route page shortly.

Mount Coolidge is located within Custer State Park of South Dakota. Per the state park:
•If the gate at the base of the mountain is open, visitors may proceed to the top.
•The road leading to Mount Coolidge is generally open 9 a.m. to 5 p.m. from Memorial Day into late September. 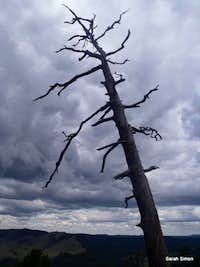 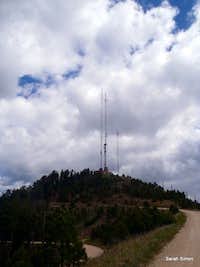 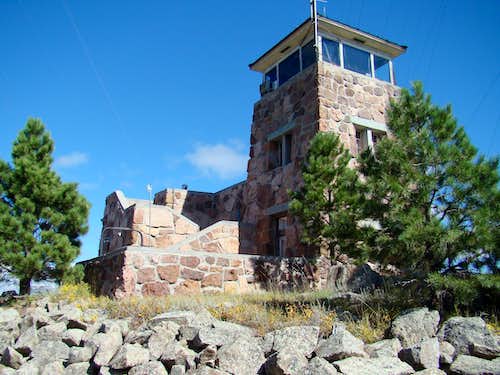