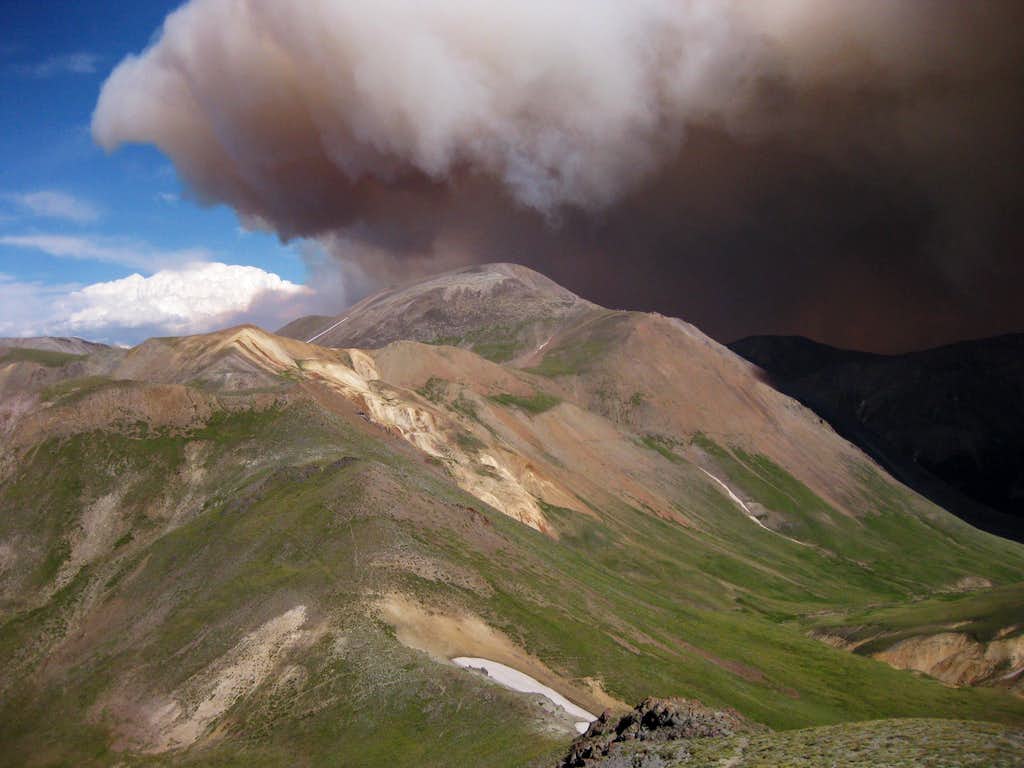 Were you a little worried? I guess the tundra won't burn, but black lung from the smoke would be a nasty way to go ...

At first, no, because the smoke was staying high, but as evening approached, it began to settle and a haze filled the valley. I was sleeping out there that night, in the car at least, but everything still smelled like a campfire. I had decided to abandon in the morning if conditions were the same instead of pursuing my planned climb for the day, but the inversion had lifted and all was well. By the time I got back to the car, though, the smoke had dropped into the valley again and the haze was back.

Q: Why did Smokey the Bear never have children?

A: Every time his wife got hot, he stamped her out.

So much for the heat of the moment...

I've only seen small forest fires never anything like this; very impressive!

It was quite an afternoon. This fire actually caused an area closure where I had a backpacking outing planned, so at least I got something good out of the fire!

Loading....
The Kirwin Chronicles, Volume 6: Fire in the Sky(Trip Report)