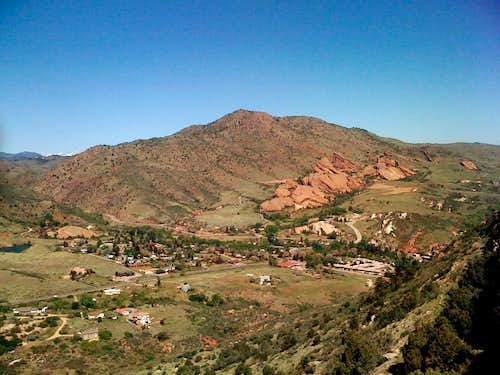 Mount Morrison is one of the most prominent peaks of Denver’s Front Range and the metro area. It is located right behind Red Rocks Amphitheater which is famous for its Visitor Center (Hall Of Fame) and its Natural Red Rocky Stage. Thousands of performances, important concerts and festivals have been held here through the years. Mount Morrison can easily be identified for the large outcropping rock that forms the summit called The Dome and the adjacent antennas to the north of it. 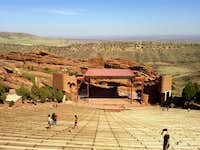 The final approach to its summit either from the south or from the east makes a fun Class 2 hike on a steep terrain. You may need to scramble a bit in some areas in order to reach the summit. Climbing Mount Morrison is interesting and fun. Its summit and foothills offer awesome vantage points of the other snowcapped mountains to the west and the Denver Metro area to the east. 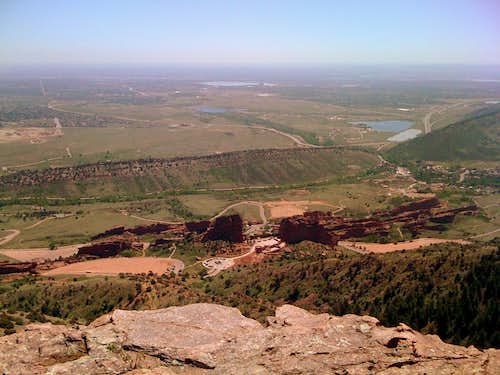 There are various routes to the summit. As May of 2012 all routes are closed for restoration except for the South Ridge Route which is the most developed trail up to the summit. There's a small heliport near the summit. A helicopter crashed back in April, 04, 2010 near the towers and Grapevine roads. Luckly, the two only fliers got minor injuries.

(Class 2) (3.5 hours RT approx.). The trail begins a few feet north of Red Rocks Amphitheater Entrance # 4, which is the West entrance off of Bear Creek Rd. The unofficial Trailhead features a sign “for hiking only” (no bikes or horses). 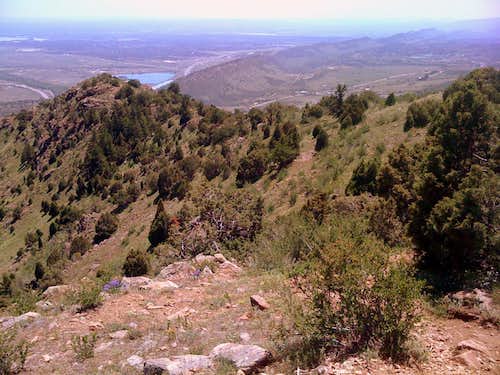 The South Ridge as seen from the summit

There’s a small flat area right across the trail and sign which can be used as a trailhead parking lot. Once on the trail make your way up. You’ll hike directly next to an overhead cable, and then you’ll cross it over a few feet beyond. Keep your left and follow upward to the North. Continue following the obvious ridgeline trail to the north, where the rocky summit itself comes into view. You will have some occasional larger rocks and boulders to scramble over before reaching a short section of trail that ends up right at the summit.

(Class 2) (2.5 hours RT approx.) As May 2012 the various trails that lead up to Mount Morrison’s summit are currently closed for restoration. The Red Rocks Park recommends not hiking on these trails since they are prone to erosion and ecologically sensitive. 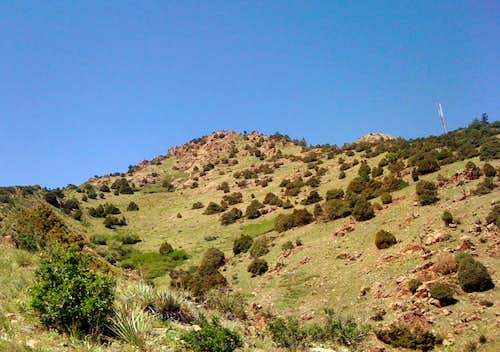 Here’s a quick description of the trail in case it'd open to the public in the future: There are many accesses to the trail but the most popular is the trailhead located hundred feet north of the uppermost parking lot that gives access to the Red Rocks Visitor Center. Once here start the hike by the obvious steep trail that switchbacks from time to time. Follow the trail all the way up to the rocky summit which can be visible from the very start of the hike. Note: Some rocks may be loose below the summit, so be cautious of not knocking some rocks down to other hikers below. 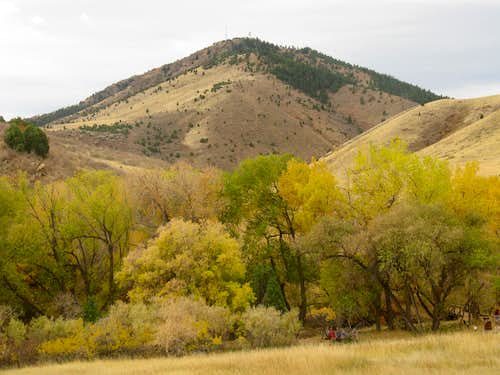 This is the longest route on Mount Morrison, beginning in Matthews-Winters Park and ending at the summit of Mount Morrison 2.5 miles, 1,634 feet later, or a round trip of 5 miles. Half of the route is on a hiking and biking trail, the rest is off route over varied terrain ranging up to Class 2 or 3 in difficulty, depending on route preferences. This route will become more popular with local climbers with the recent closures of all east face route on Mount Morrison within Red Rocks Park. Mount Morrison has become more of a challenge with these recent closures that bar easy access, perhaps adding an air of dignity to the front range foothill as no longer being a hop-skip and a jump. Text credit: mtnhiker13

Camping is not allowed in the park.

It can get extremely hot in summer and cold in winters. Check for daily Denver’s weather forecast, since weather conditions changes constantly up in the mountains.