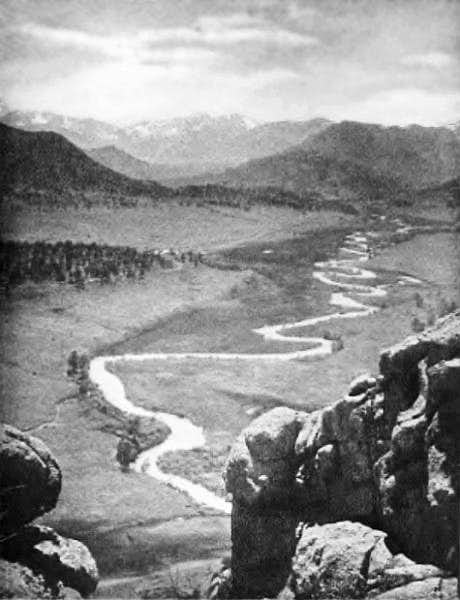 If there were one picture that inspired settlers to live in the Estes Park valley, it was certainly taken by Enos Mills atop Mount Olympus. Mount Olympus is perhaps the only true mountain that gives climbers a perfect, treeless view of Estes Park and the high peaks ranging from Mount Meeker in the south to the Continental Divide peaks, Lumpy Ridge, the Mummy Range and the Signal Mountains to the north. Enos Mills wrote in his book, Wild Life on the Rockies,

"During years of rambling I have visited and enjoyed all the celebrated parks of the Rockies, but one, which shall be nameless, is to me the loveliest of them all. The first view of it never fails to arouse the dullest traveler.

From the entrance, one looks down upon an irregular depression, several miles in length, a small undulating and beautiful mountain valley, framed in peaks with purple forested sides and bristling snowy grandeur.

This valley is delightfully open, and has a picturesque sprinkling of pines over it, together with a few well-placed cliffs and crags. Its swift, clear, and winding brooks are fringed with birch and willow. A river crosses it with many a slow and splendid fold of silver."

It seems quite clear that Mills speaks of Estes Park, his famous photograph of the park being taken from the familiar vantage point of Mount Olympus

The orange line represents the standard route, the red denotes a possible route via a dirt road leading up Noels Draw 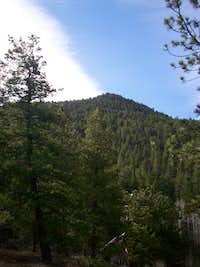 Mount Olympus is often climbed from US HWY 34 at the large sign announcing that you are 'Leaving Roosevelt National Forest' about one mile from entering Estes Park. A small pullout gives room for several cars on the left side of the road when driving west. From this pullout, an easily recognizable trail leads into a brushy gully that winds up Mount Olympus.

The trail is not easy to follow for long amongst the undergrowth and trees, a prospect that was not appealing straight out of the car. You could probably fight the bushes and follow the faint trail, but we found it much easier to climb up the granite rock slab to the left of the gully to an easier path.

If you decide to do this, you will be immediately rewarded with views of Prospect Mountain in Estes Park and eastern peaks of the Mummy Range. Glimpses of the summit of Mount Olympus are seen through the trees when you have left the gully, so a trail is not entirely necessary. Gain moderate elevation as you walk through open Ponderosa pine forest for about one half mile. If you are careful, you should stumble upon a well marked cairn route leading up a much steeper path.

This cairn route will lead to the summit of Mount Olympus, but do not get too excited when you see what looks to be the summit rocks poking out of the forest, as these rocks are much more difficult to climb especially when wet in the early season. Continue following the cairns to the open summit characterized by flat granite rocks and incredible views below. 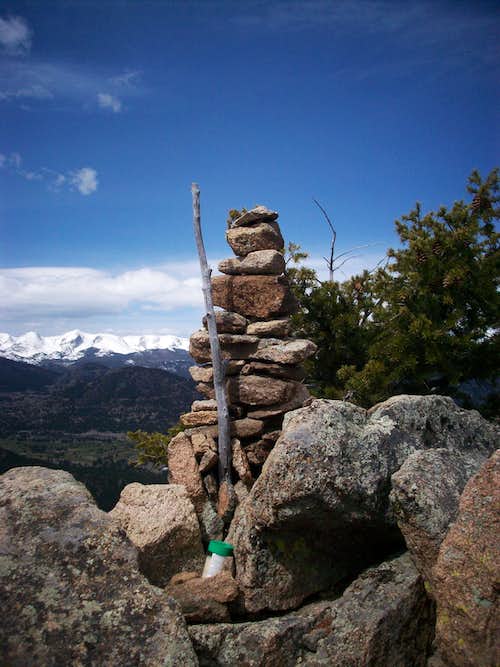 Most importantly, the true summit of Mount Olympus is on private property owned by the Crocker Ranch, as denoted on the area topo map. That being said, there is no signage, fencing or anything that serves the purpose of stopping climbers from momentarily enjoying the summit. If you believe there will be a policeman stationed at the summit ready to arrest you, there is a subsummit called Olympus Knob that is in National Forest land and offers many of the same views.

For everyone else, keep your trash to yourself, don't deface nature, etc. as fences and signs could be put up at any time if the owners believe hikers are destroying their summit. Watch out for mountain lions and ticks, this low elevation peak probably harbors them.

Snow outlook: The standard route ascends a NW face, which generally holds snow into late spring, but the low elevation makes encountering deep snow unlikely in the traditional spring hiking season. While some large drifts were present on the shady side of the summit, snow should be avoidable after March. 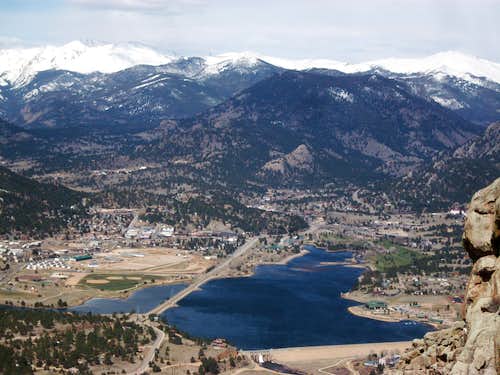 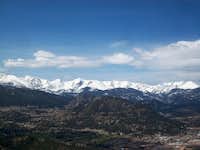 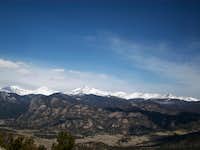