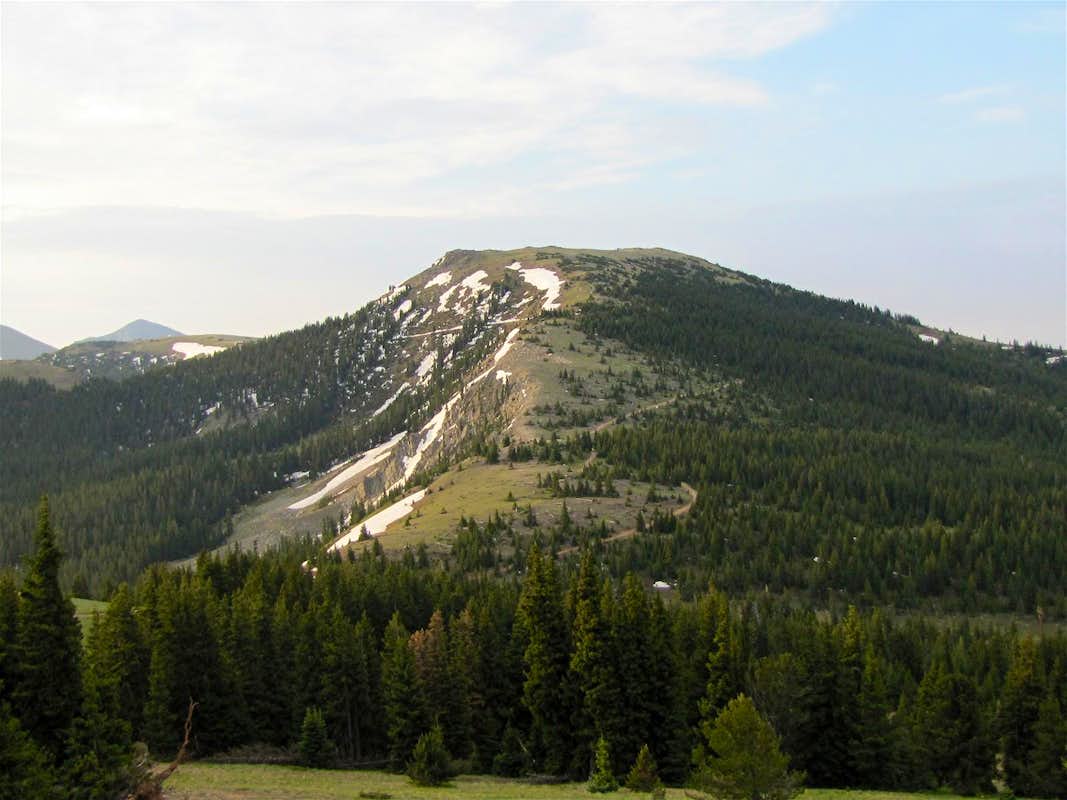 The northwestern slopes of Mt. Peck

Mount Peck rises near Monarch Pass on US Route 50 in the southern parts of the Sawatch Mountains of central Colorado. The eastern and northern slopes of Mount Peck are fairly steep and drop into branches of Fooses Creek. The western slopes, however, are quite gentle and are easily accessible from Monarch Pass.

At the 11312 ft Monarch Pass, you will find an aerial tram that takes you to the top of Monarch Ridge South (11898 ft). A four wheel drive road start near the lower station of the tram on Monarch Pass and goes to a 11380 ft saddle at the base of the summit of Mount Peck. From the saddle, you can hike up beautiful grassy slopes to reach the broad summit of Mount Peck.

The short hike to the top of Mount Peck takes you away from the crowds at Monarch Pass. From the summit of Mt. Peck, you will have commanding views of Route 50 and the nearby mountains. 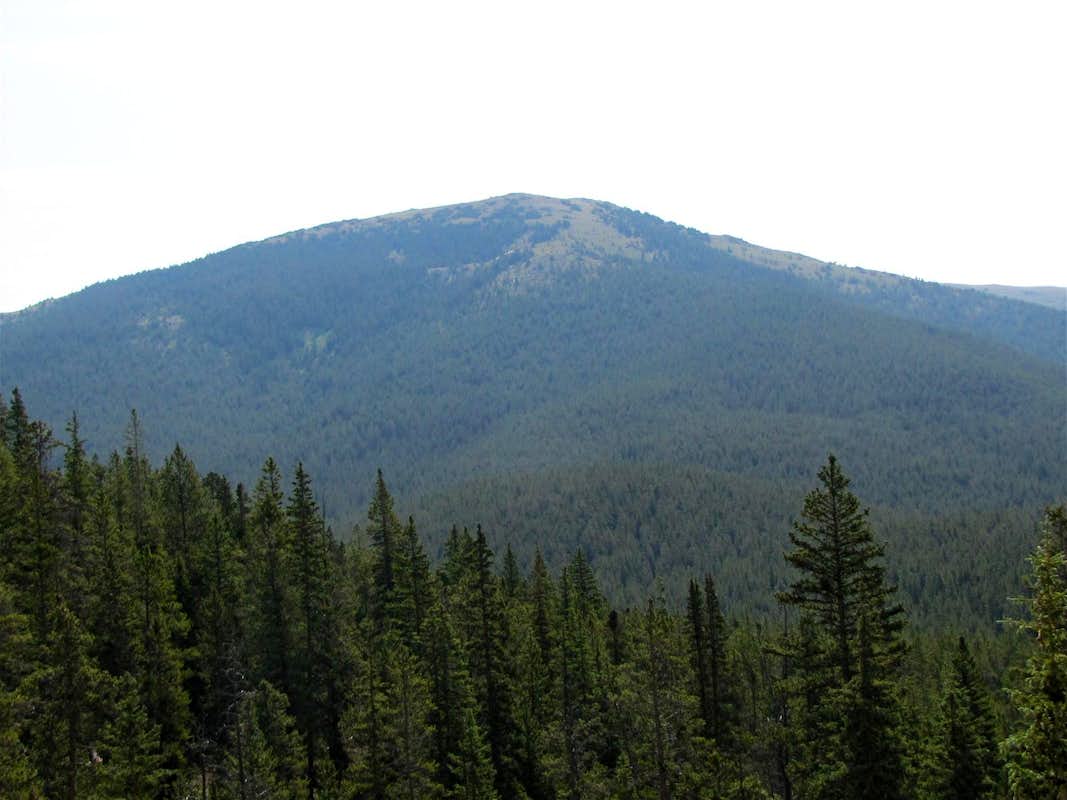 The western slopes of Mt. Peck

Monarch Pass sits on US Route 50 between the towns of Salida and Gunnison, Colorado. It is roughly 25 miles to the west of Salida. There is plenty of parking space at the pass. 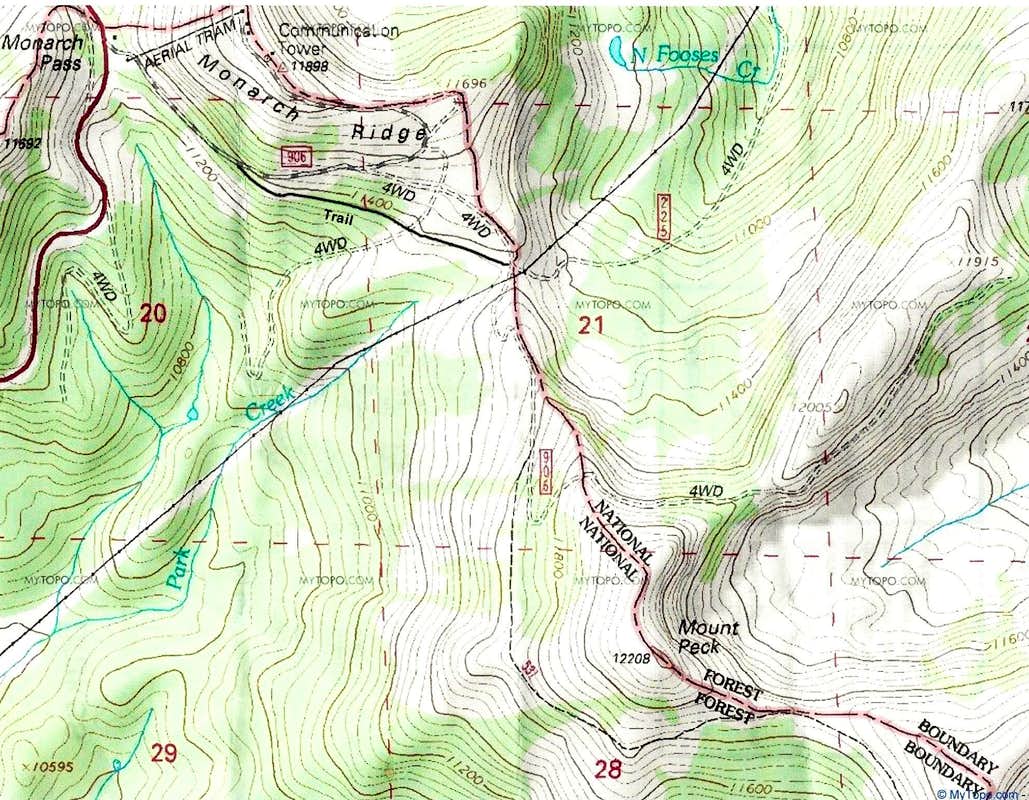 At Monarch Pass, go to the aerial tram station and find a dirt road identified as 906 behind the station (see map above). You can hike this road 0.75 miles to 11600 ft where it branches. Left is private property (going to aerial tram facilities), right will take you down to the 11380 ft saddle at the base of Mt. Peck. Instead of going up and then coming down again, look for a trail on the right side of the road 0.3 miles after the start of Road 906 on Monarch Pass. This trail follows level ground to reach the 11380 ft saddle.

At the saddle, you can hike up easy grassy slopes to reach the summit of Mount Peck. 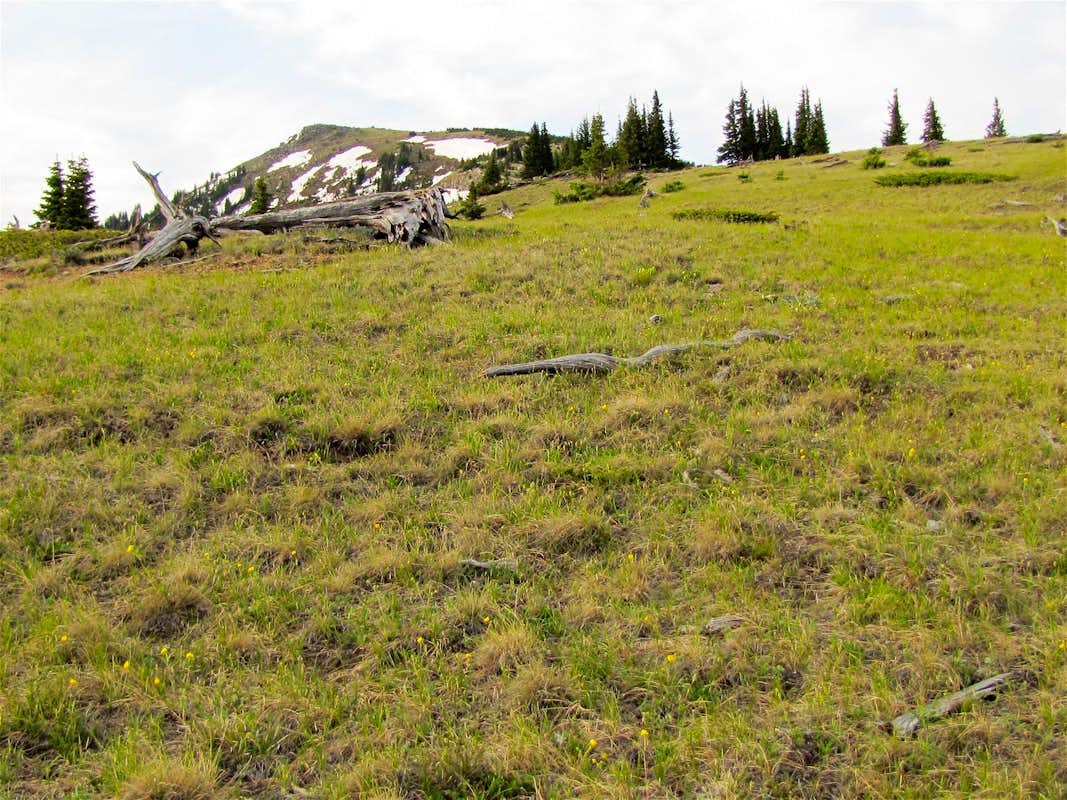 Views from the summit of Mount Peck: 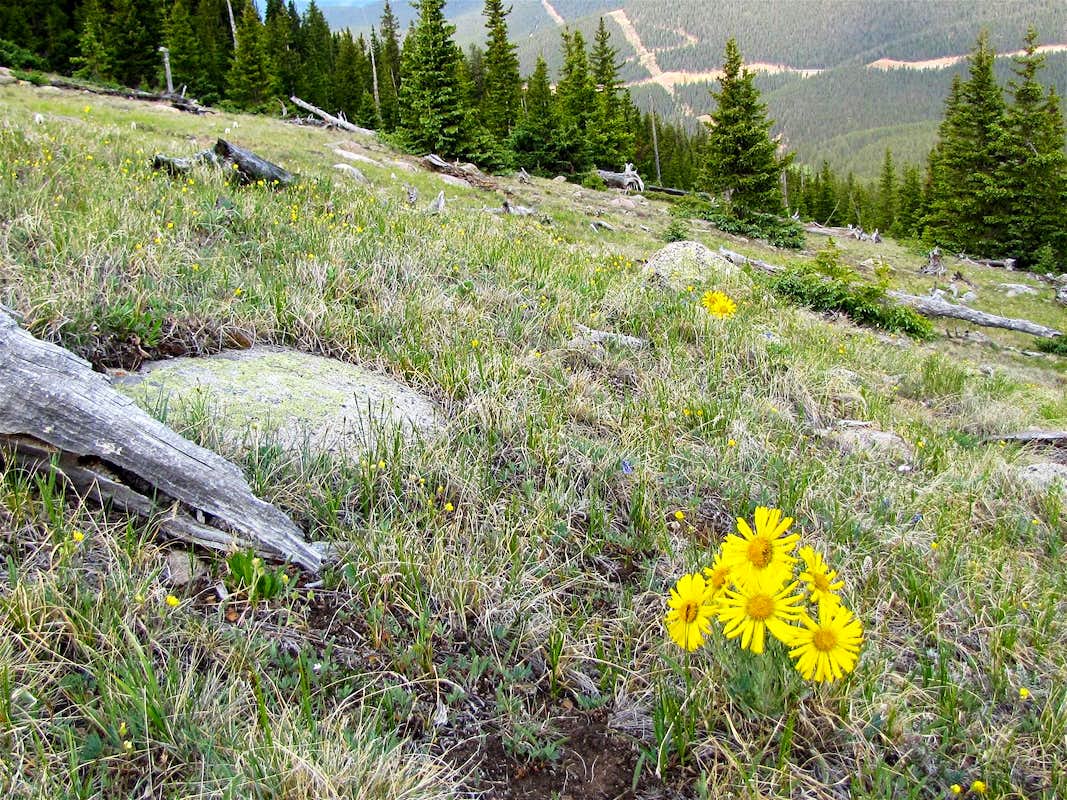 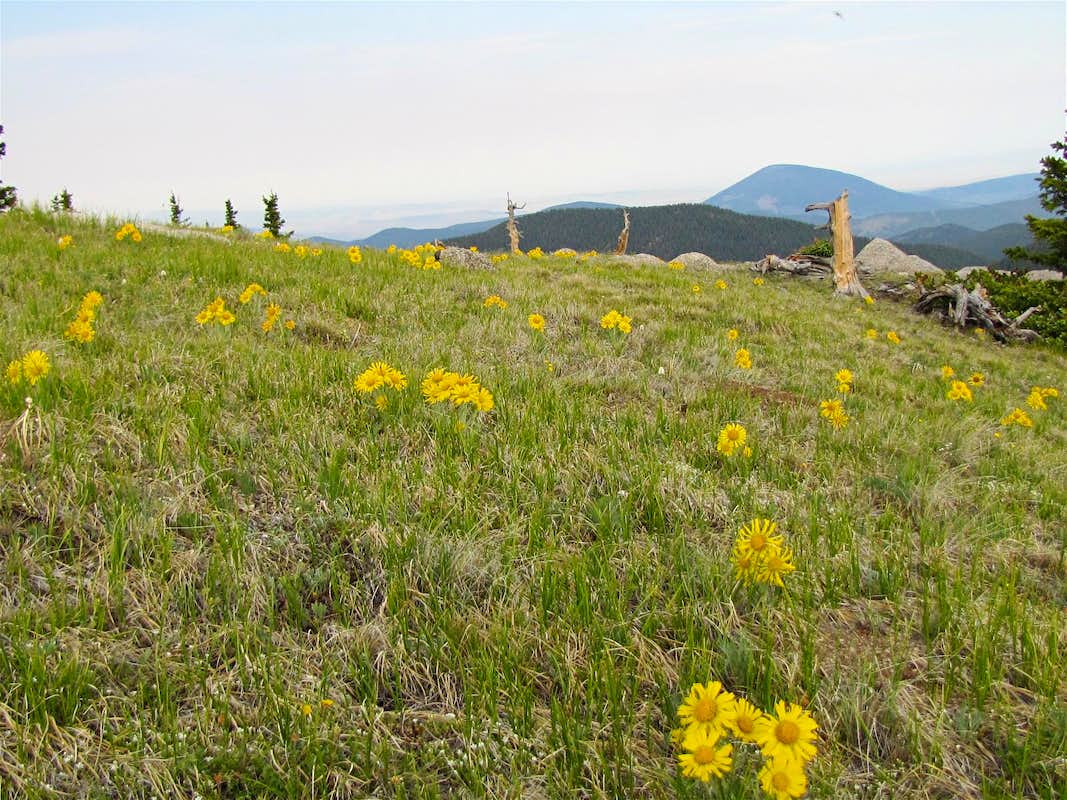 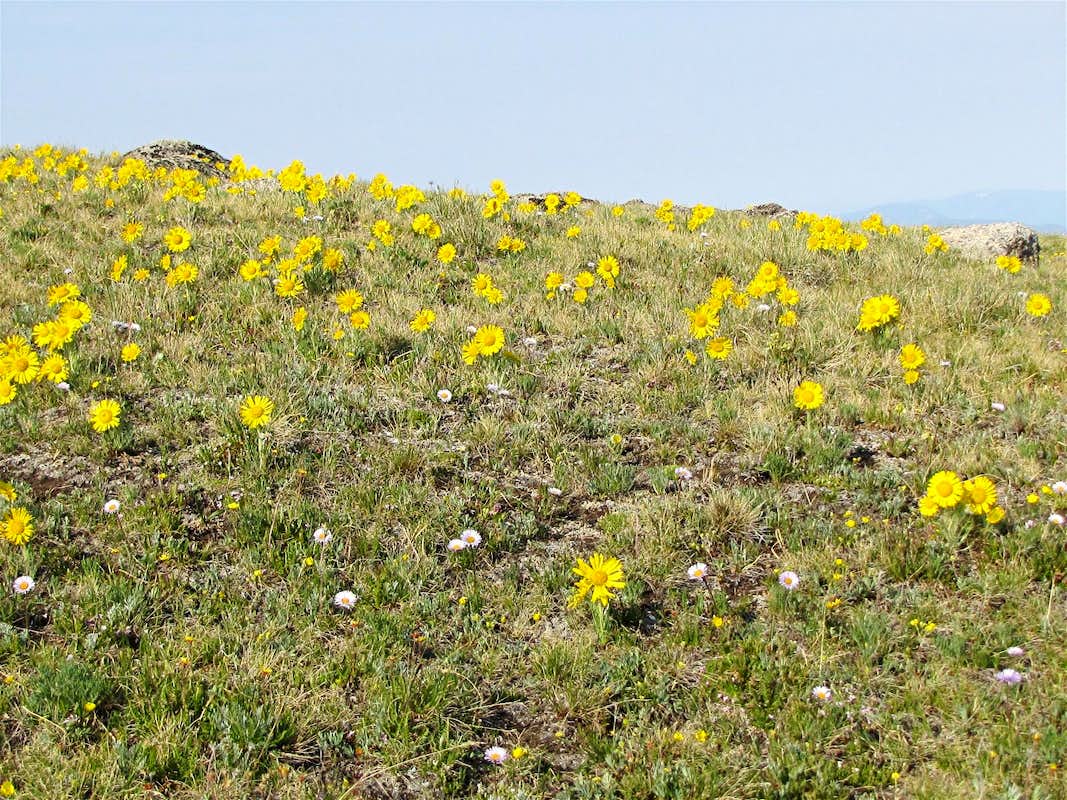 On the grassy northwestern slopes of Mt. Peck

See forecast for the nearby town of Salida, CO.