I camped at Onion Valley Monday night. I woke up and began hiking up the Robinson Lake Trail. From the lake, I continued cross country to “University Pass”. I descended the southwest side of the pass to the unnamed lake at 3990 meters where I stopped to remove the sand from my shoes and socks. I then contoured around Center Peak’s north and west sides to the John Muir Trail. Once on the trail, I was stuck behind a long line of backpackers. 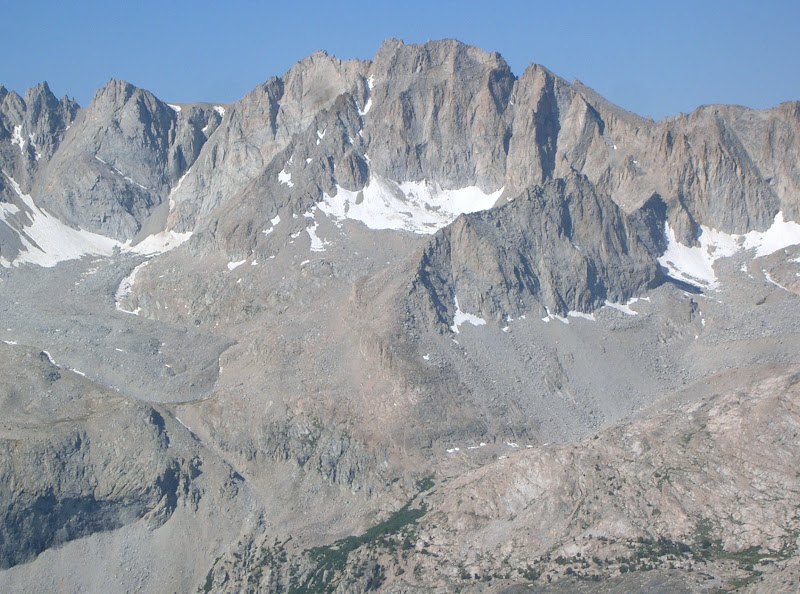 I figured it would require a lot of energy to pass them, so took an active rest eating a Cliff Bar and putting on my hat and sunglasses. I soon left the John Muir Trail and continued cross country once again to the unnamed lake at 3570 meters. I traveled around the lake’s north and west sides. This is where my luck with finding easy country travel ended. I encountered some disagreeable sand, talus and boulders for quite a distance to the base of Mount Stanford’s east face. I rashly ascended the headwall at the base of the face finding some 5.easy. 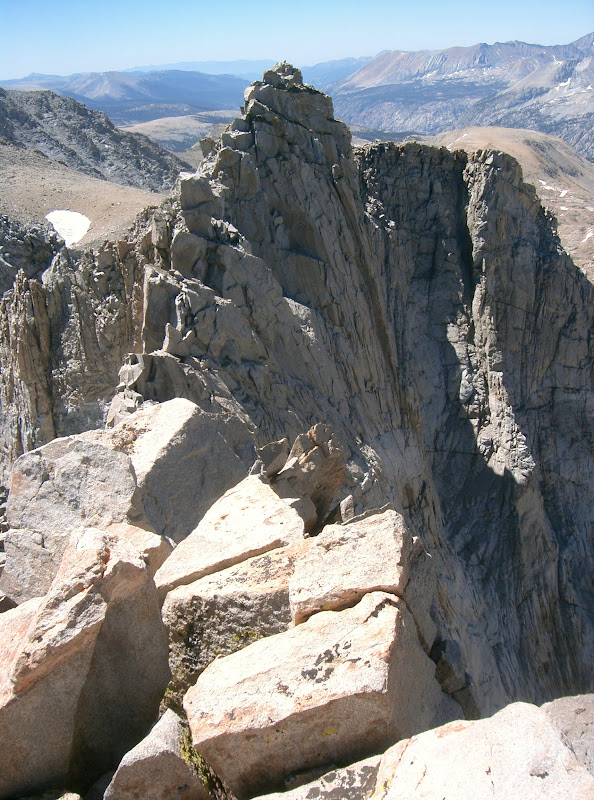 I was relieved to get back on route, but found primarily second class, sand covered ledges. The final summit ridge had more exposure, but was still riddled with loose rock. I got to the summit in 7:26 after starting from the trailhead. I signed the Colorado Mountain Club register. This must be the only Colorado Mountain Club register on a California peak, but I found it suiting since Mount Stanford completed the highest 100 peaks in the contiguous US for me and the majority of the peaks on the list are in Colorado. The scrambling on Stanford was not as good as I had hoped, but its location made up for it. 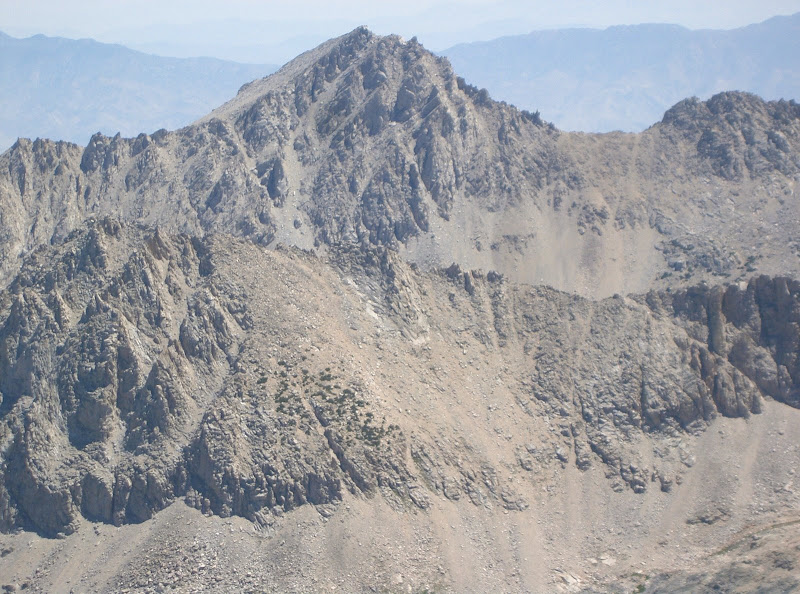 From the summit, I enjoyed the views of Gregorys Monument and Mount Bradley. I descended back down the east face staying more to the northern side, which nearly eliminated all the class three. I made slow progress back to the unnamed lake where I filtered some much needed water into my bladder and continued back to the John Muir Trail. I retraced my steps back to the unnamed lake at 3990 meters below “University Pass” where I took a short break in partial shade to eat some Shot Bloks. On the ascent of “University Pass”, I stopped to admire the beauty of Center Peak. 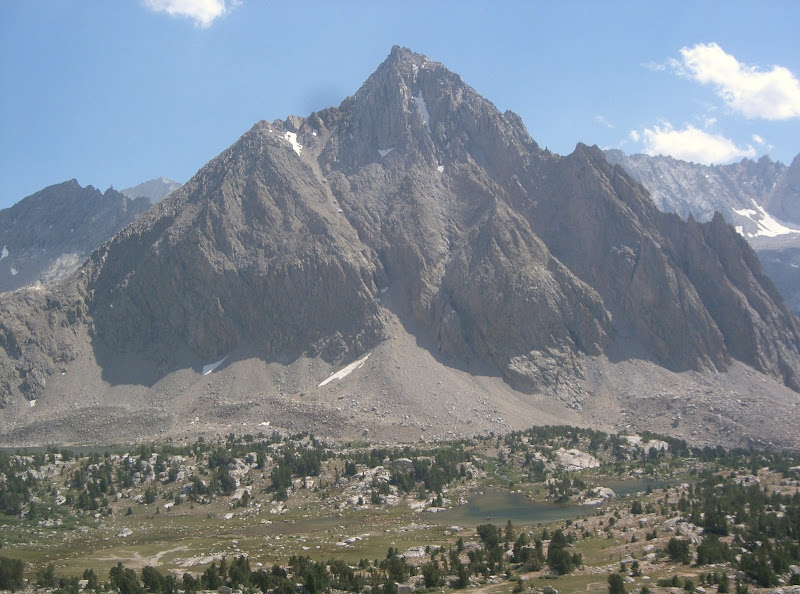 Staying to the right (east) side of the chute, I was able to climb a lot of solid, third class rock. In fact, I found the scrambling more enjoyable and continuous than on Mount Stanford. The descent to Robinson Lake from University Pass seemed to go on and on. Despite the tedious nature of terrain leading to and from “University Pass”, it still appears to be a faster option than taking the Kearsarge Pass Trail to the John Muir Trail. 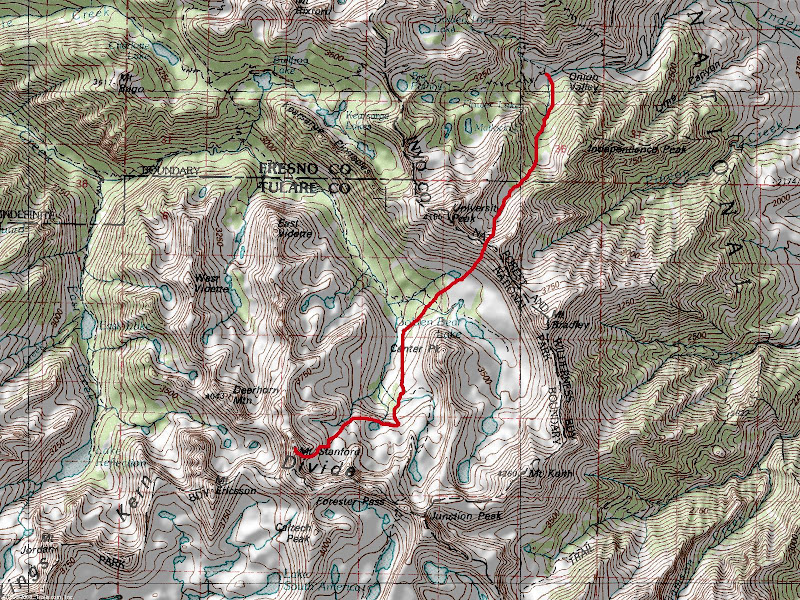