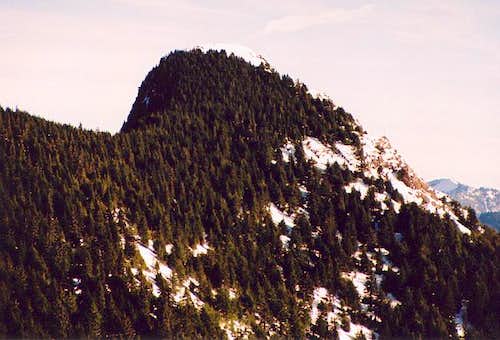 The summit of Mount Teneriffe

Mount Teneriffe located, next to the ever-popular yet much smaller Mount Si, is a mountain that is rapidly growing in popularity. With the scramble route to Teneriffe now being much more of hike thanks to the WTA this mountain is getting much more attention in recent years.

The main trail follows a series of logging roads and steep trails from a small school bus turnaround east of the Mount Si trailhead (960') for nearly 7 miles, switchbacking up to a section of clearcut (3200') between the summits of both Si and Teneriffe. There are great views on the upper part of the road just before it turns into a bootpatht. From there, the road cuts east to a 4200' saddle, and then another mile to the summit (4788'). A more strenuous and challenging (and fun) scramble route follows a boot track up the SW ridge of the mountain, passing a beautiful (but probably somewhat seasonal) Kamikaze Falls. You can also approach Mount Teneriffe from the Mount Si trail as well and potentially peak-bag Dixie, Blowout and Crater Lake Peak as well.

The views on Mount Teneriffe are far better than neighboring Mount Si and on a good day Mount Baker, Glacier Peak and Mount Rainier along with hundreds of mountains in the Olympics and the Cascades are represented. 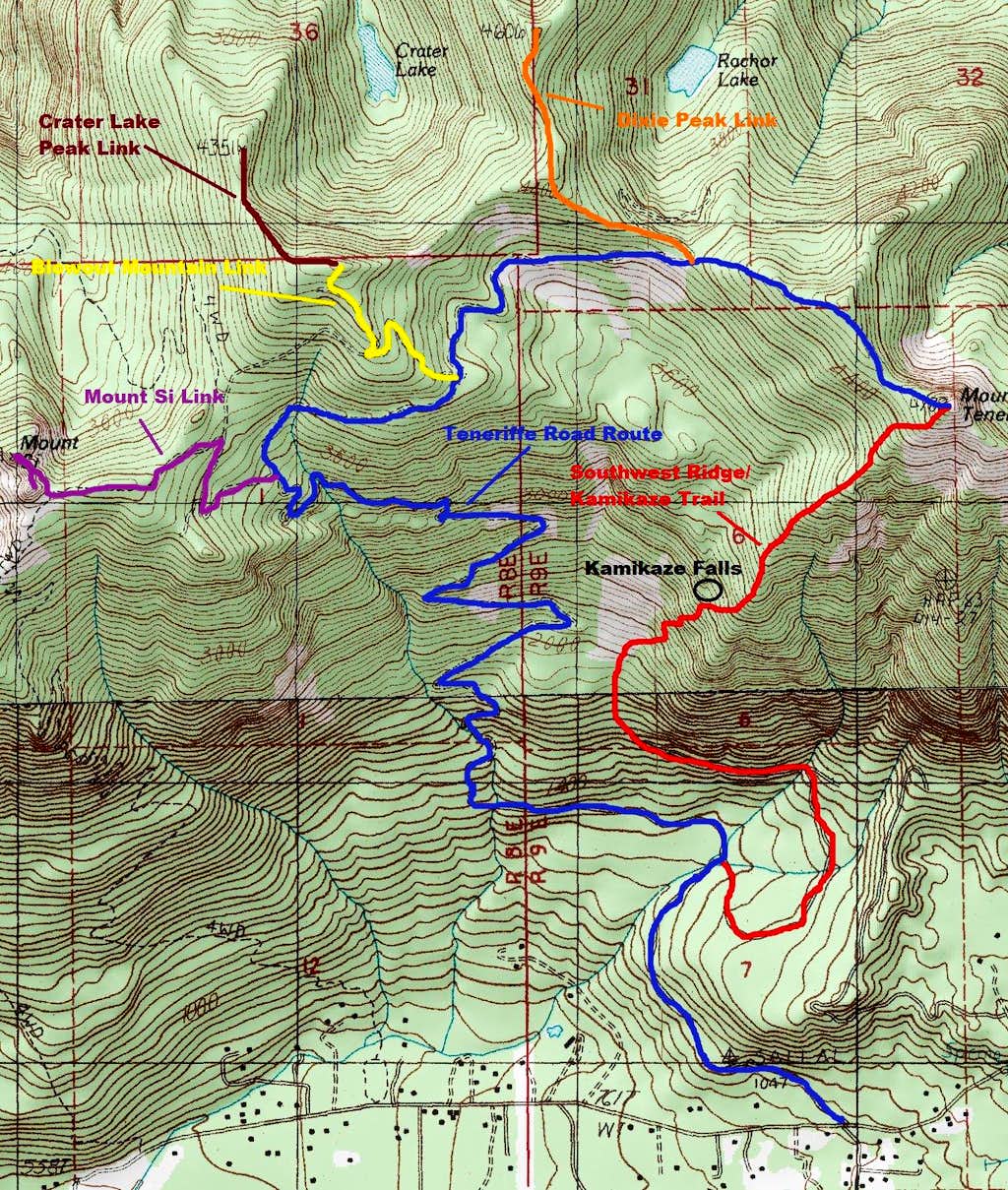 Go east from Seattle on I-90 and take Exit 31 to North Bend, continuing east on North Bend Way (the main drag through town). In a little less than a mile, turn left on Mount Si Road. Drive approximately 1.2 miles past the Mount Si trailhead to a school bus turnaround. On the left is a gated forest road. Park here, but don't block the gate or the turnaround, as you will more than likely get towed.

A Discovery Pass is required for this mountain so remember the mountain is in the Mount Si Natural Resources Conservation Area, and subject to the rules and all - leave no trace, no overnight camping, careful with the flora and fauna, etc...

The NRCA was established in 1987 by the state legislature to protect outstanding geologic features, examples of old-growth forest, wildflower communities, and wildlife habitat. The 9,560 acres are managed by The Washington Department of Natural Resources (DNR), and include four mountain peaks – Mount Si, Mount Teneriffe, Green Mountain, and Little Si.. 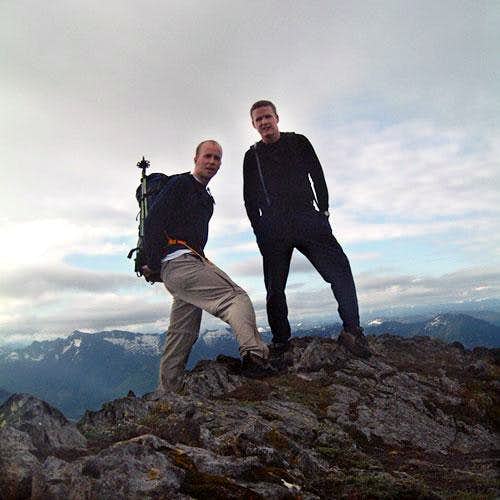 The mountain is a year-round option, but care should be exercised in the winter of course. Snowshoe ascents up the main trail are common, but there are photos out there of a pretty hefty summit cornice. Just use common sense and check conditions (weather and avy) before you go. 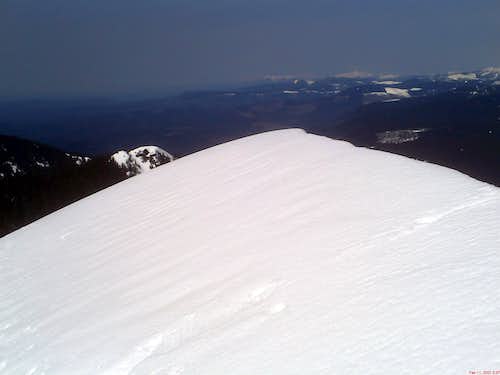 No camping is allowed in the Mount Si Natural Resources Conservation Area. There are however, a handful of options farther east down the freeway and up into the Middle Fork Snoqualmie area.

Rattlesnake Mountain Weather has a live Mount Si cam and a pretty detailed site that gives the current conditions on the other side of the valley from Teneriffe.

If you plan on ascending during the winter or spring, take care to note avalanche conditions and make the appropriate decisions before heading out.