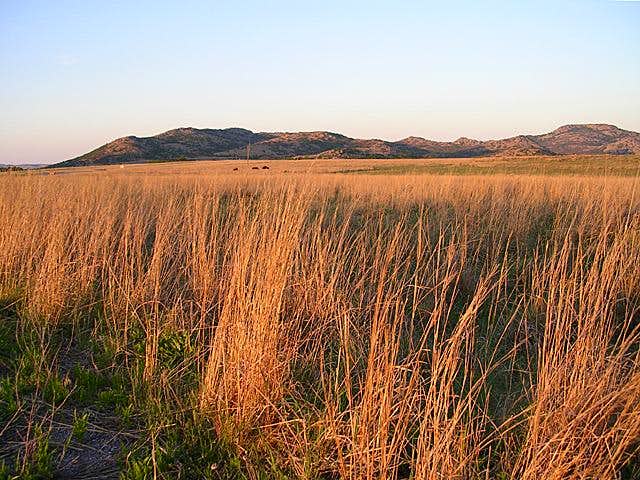 Mount Wall-Mount Scott from the southwest. The small summit on far left of the main line of mountains is UN 2000. The next main summit is Mount Wall. Farther right, near the center of the photo with its top in alpenglow is UN 2015. Small, low summit to its right is UN 1751. Next two clearly defined summits are UN 2068 and Hunting Horse Hill (2175 ft.), respectively. Quetone Point is between Hunting Horse Hill and Mount Scott, with Mount Scott being the obvious giant on the right. Mount Scotts Boy (2019 ft.) can be seen as a change of color against the overgrowth on the right side of Mount Scott. Also starring in this photo are bison, seen below the true summit of Mount Wall.
April 30, 2005
« PREV NEXT »