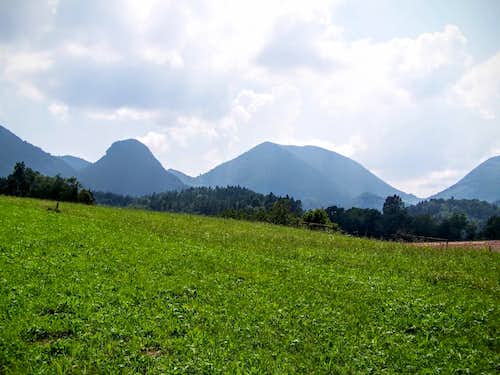 Cemseniska planina
My original intention was to write a page about Črni vrh - the highest peak of Čemšeniška planina. But Črni vrh is a too common name. There are several hills called 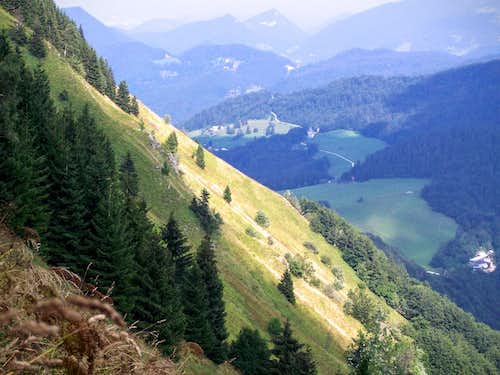 Really steep hillside
Črni vrh in Slovenia, and on the Balkan peninsula. Moreover, Summitpost already has a page about one of these other Črni vrhs. It is such a common name because it simply means Black Hill. So it looks to be better if the title of this page will be Čemšeniška planina - the small mountain range of Črni vrh. Still my main focus is on Črni vrh. 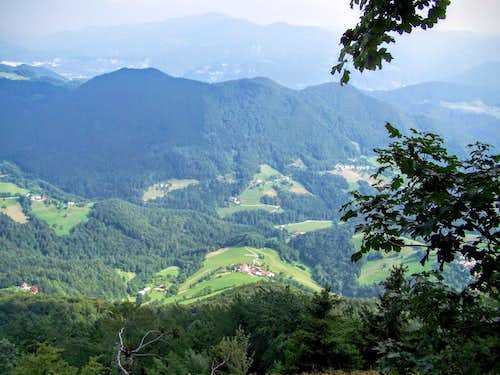 Kum on the Horizon
The small range of Čemšeniška planina forms the north western part of the broader mountain range called Posavje Hills. It is the connection between Posavje Hills and the wider area of the Kamnik-Savinja Alps.

The small mountain range of Čemšeniška planina stretches in approximately 7 km length in western-eastern direction. It is built of Triassic dolomite. Dolomite generally means that we can expect more exciting terrain than in case of other building materials. Čemšeniška planina doesn’t disappoints us: the southern slope of its long western-eastern ridge is extremely steep that we wouldn’t expect from a hill that is hardly higher than 1200 meter. In addition - as a bonus - there is Krvavica, with its sugar loaf shape. It is a satellite hill of Čemšeniška planina, on its eastern edge.

Limestone and dolomite mountains have rich flora and fauna. This is the situation with Čemšeniška planina and with Krvavica, too. Here you can see some photos that I took there:

The mountain is quite popular due to its proximity to the high pass of Trojane. Most of its visitors are locals according to the summit log book that is placed on Črni vrh. Of course the most popular route on Čemšeniška planina is the trail along the western-eastern ridge. The most evident access to this trail is either from the village of Čemšenik (631 m), from Trojane (560 m) or from Vrhe (880 m). Both Črni vrh and Krvavica have direct access from northern direction. The northern trail of Črni vrh is not very well marked and it is in bad condition. If ever you are on the ridge of Čemšeniška planina, you can enjoy the view in southern direction. Though the ridge is forested, there are some open spaces, and these spots provide excellent views towards the other mountains of Posavje Hills, with Kum (1220 m) in center. The mountain hut (Koča na Čemšeniški planini) is also popular. 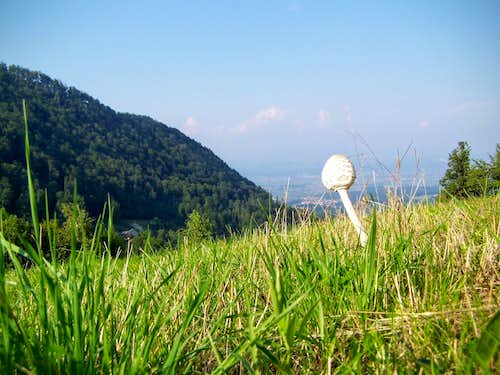 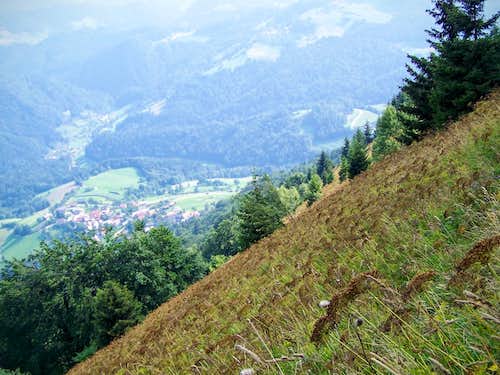