Sumas Peak is a lowland mountain located in southern British Columbia, Canada, east of Vancouver but west of Chilliwack. The official name of the mountain massif is Sumas Mountain, with a regional park of the same name comprising a majority of the massif, with its summit area referred to as Sumas Peak. Many hiking and peakbagging enthusiasts, especially Americans, refer to the entire massif as Sumas Peak rather than Sumas Mountain, so as not to confuse it with another Sumas Mountain which is located south of the Canada-United States (USA) border and less than 20 miles away.

From a distance, Sumas Peak appears to be a forested mountain of little interest. However, Sumas Peak has the distinction of being a peak with at least 2000' (610m) of clean prominence. Sumas Peak is what is known by prominencians as a Napoleon... a mountain that has large prominence despite small stature. Several higher peaks are in the area and also have over 2000' of prominence (most notably Vedder Mountain, Sumas Mountain, and Deroche Mountain), but those peaks do not have as much prominence... and especially in relation to their elevations. 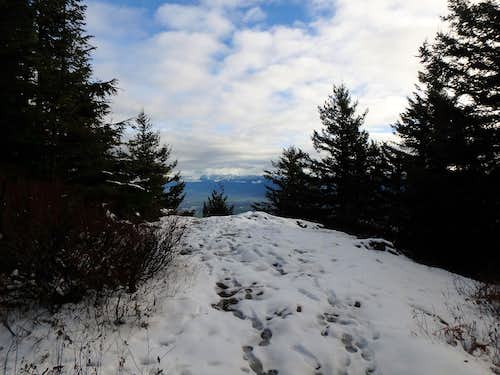 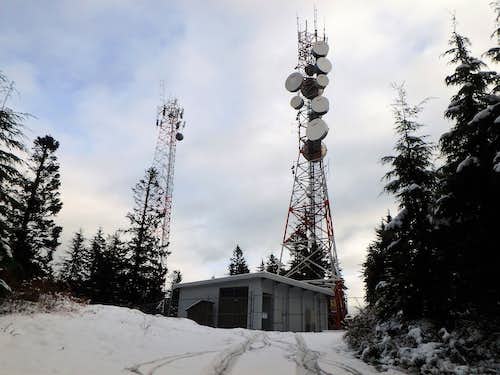 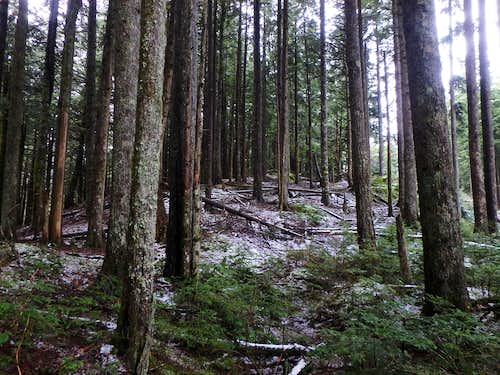 Forested Highpoint Contender
In addition to prominence, Sumas Peak, and more specifically Sumas Mountain Regional Park, is very popular for hiking, walking, bicycling, and horseback riding. Certain areas of the mountain have also been popular for hang-gliding, para-gliding, and ridge flying. The mountain can be visited year-round, which makes it a desirable location for locals as well as a nice lowland hiking destination when poor weather conditions in the region hinder possibilities on higher peaks. 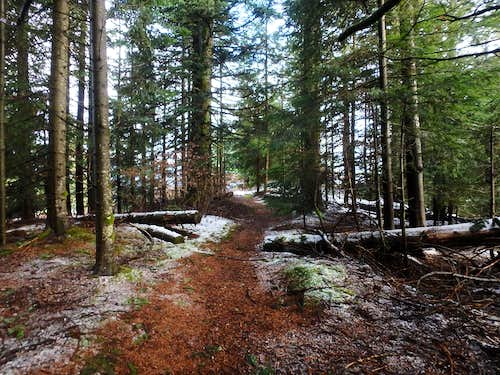 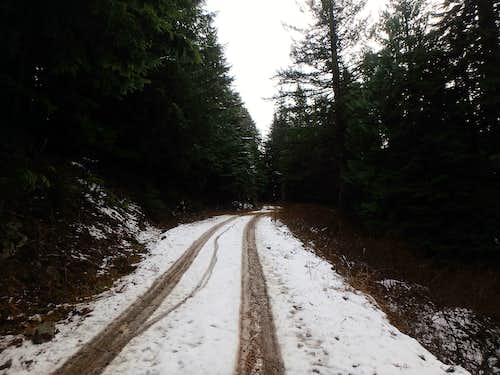 Snow Does Not Deter Visitors
The mountain has much wildlife, ranging from small animals (such as birds, raccoons, and squirrels) to larger animals (such as cougars and bears). The trees are mostly coniferous, although some deciduous trees are present. 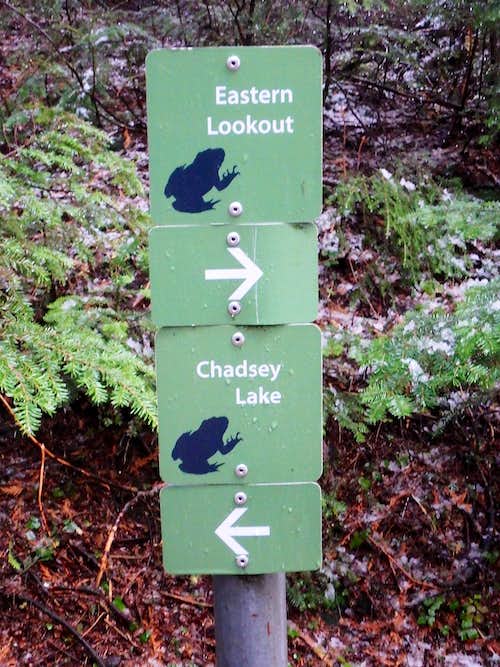 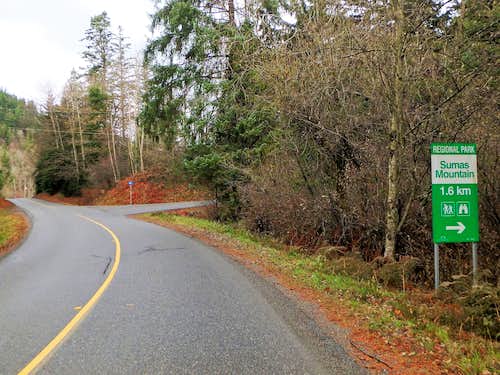 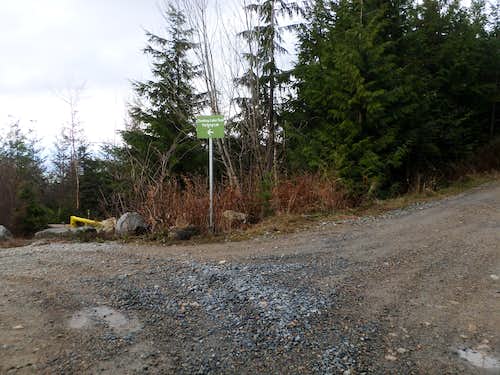 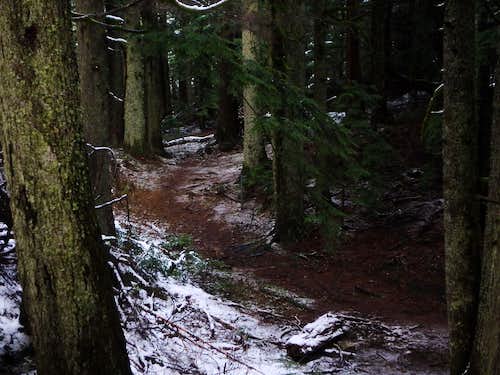 Other routes exist on the mountain, as well. Sumas Mountain Regional Park has an extensive trail system. Some people opt to make a big loop to/from the Chadsey Lake Trail Parking Lot, first heading down to Chadsey Lake via trail, then going up to the summit contenders via trail, and then going back to the parking lot along the upper road.

Some people opt for even longer (10+ mile) loops and journeys. An easy-to-miss trailhead is located in a road-bend along Upper Sumas Mountain Road, 1.6 miles north of the Batt Road junction. That trailhead has only a tiny sign and roadside parking, but many people like using this route due to its longer route options and lower starting elevation (in case of snow higher on the peak). 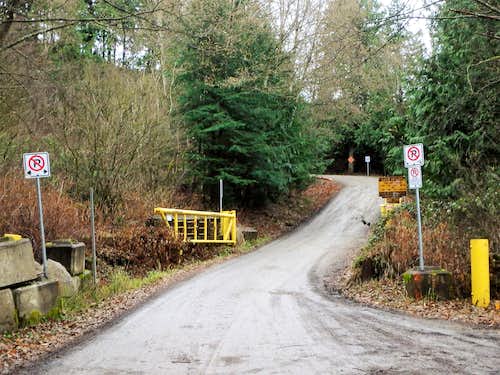 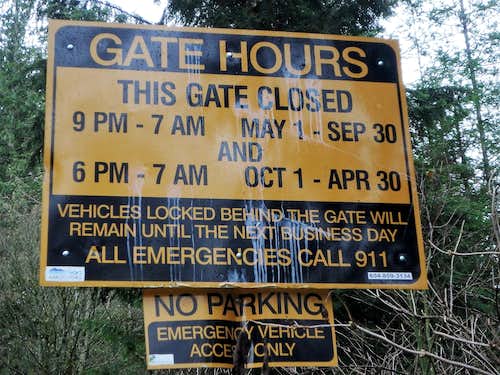 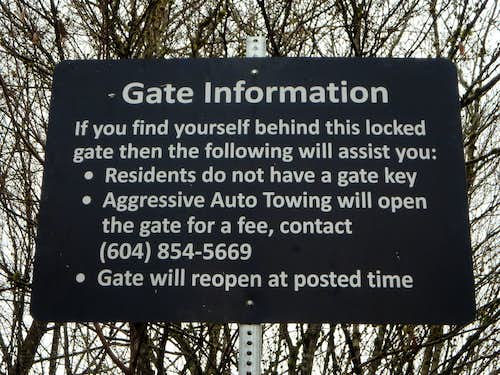 Currently, there are no fees or permits necessary to visit Sumas Peak.

Camping is not allowed in Sumas Mountain Regional Park.

I tried to drive up this peak for the short hike this summer. The gate on the road was open, however the road was technically closed to foot and motorized traffic because of dry conditions and fire danger. After leaving the area, I inquired among locals and this seems to be a regular occurrence now during the summer.