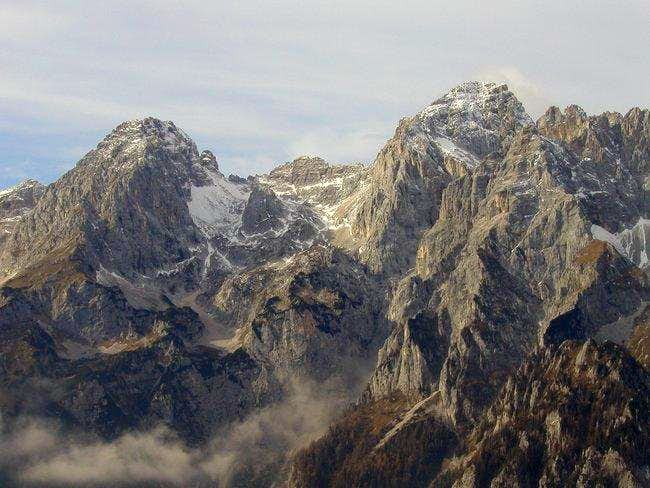 Dolkova spica (on the left) and Skrlatica from the SE way.

The main starting points for ascend on Dolkova spica are the Krnica valley and the Vrata valley. From both go on the summit marked routes, which are combined on the top of Kriska stena or on the notch Rdeca skrbina.

On the route from the Vrata valley you go by Bivouac IVwhich leads on the plateau between Dolkova spica and Stenar, 2501m.

Starting point of one of the routes is Koca v Krnici hut(1113m), which lies in Krnica valley. The valley is beautiful, with stunning scenery. All around are some of the highest peaks of Julian Alps that fall into the valley with huge walls: Skrlatica (2740m), Rakova Spica (2545m), Razor (2601m) and Prisojnik (2547m). Krnica ends with probably most beautiful amphitheater in Julian Alps – Kriska Stena.

Hut is accessible from Kranjska Gora to Vrsic pass road. Junction towards the hut is some 2 kilometers behind Kranjska Gora, just at the bridge where main road crosses over Pisnica river to the right, you continue straight. From the bridge is 3 kilometers to V Klinu pasture where you have to park. From here is 20 more minutes to the hut. If you are on foot from Kranjska Gora you will need 1.30-2h. 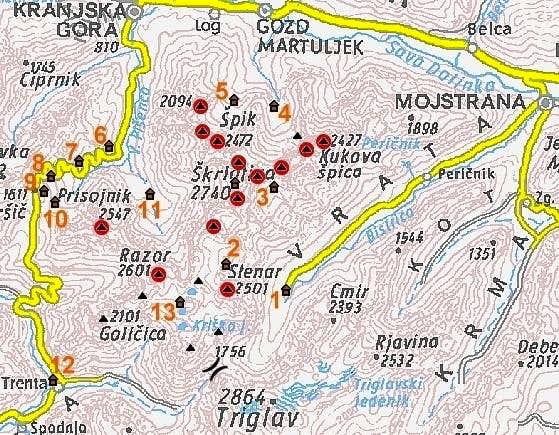 Dolkova spica is just in nearness of Skrlatica. Here you can see where exactly is Dolkova spica. Red spots are mountains which have own pages on SP.

The heart of the region is Kranjska Gora resort town, 84 kilometers from the Slovenian capital Ljubljana. Starting point for Dolkova spica is valley Krnica or Vrata valley.


From central Europe via Villach, Austria: Via Karavanke tunnel (around 40km) or Korensko Sedlo pass (around 30km).

On the Dolkova spica you can come from Krnica valley and from Vrata valley.

Both marked routes from both valleys are described in routes section.

Very nice climbing tour is SE ridge of Dolkova spica which has difficulty around UIAA II. 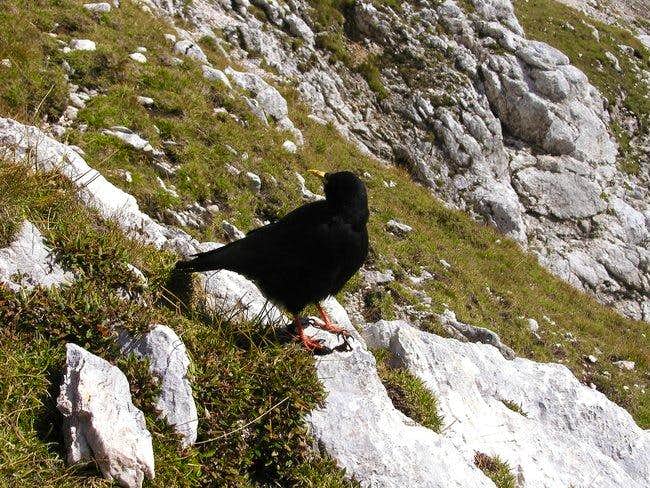 No limitations but Dolkova spica leads in Triglavski Narodni park so you must be kind to the nature and other beauties.

The best season to climb Dolkova spica is from July to October.

You can also ski there but you must be good tour skier.

For skiing the best months are April and May - when the conditions are safe of avalanches.

Camping inside the National Park is forbidden. Beside the mountain huts there are plenty of hotels and private apartments in the towns and villages, which surround the area.

Here are some information about huts:

Also there is bivouac on the plateau between Stenar and Dolkova spica.