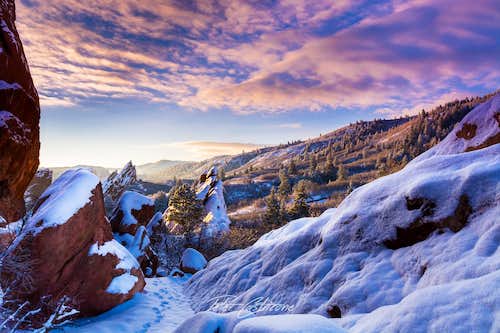 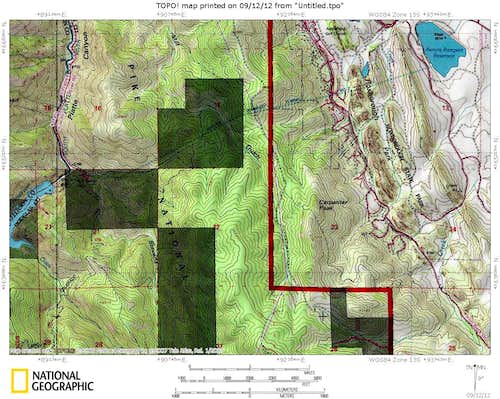 Topo of the Area
At 7,166 feet, Carpenter Peak is the high point in Roxborough State Park. Roxborough was the name of the Irish family estate of Henry Persse. He and Julius Carpenter were homesteaders in this area. Thus, the name Carpenter Peak.

Henry S. Persse (pronounced like "purse"), would-be developer of Roxborough Park, was a steward of both the built and natural environment. Persse, a native of New York, visited Colorado in 1882 after reading an article describing its mountains and mineral wealth. In 1889 he acquired land south of Denver in an area then known as Washington Park. Named for a distinctive rock that resembled the first U.S. president's profile, the land included spectacular red sandstone formations nestled among prairie grasslands, scrub oak meadows, and evergreen forests. Sometime later Persse renamed the land Roxborough Park after his family's estate in County Galway, Ireland. In 1902 he and two other men formed the Roxborough Land Company to develop the property into a premier tourist destination.
In 1907, the Denver Republican reported Persse's plans to build a "splendid resort" with "a first class 200 room hotel, golf links, a club house, a well stocked lake, charming driveways, and comfortable cottages all placed in surroundings said to be the most beautiful." Visitors would travel there from Englewood via a state-of-the-art electric train.

Although Persse never built the hotel or golf course, the simple amenities that he did construct attracted Denver's high society and put Roxborough Park on par with other Front Range getaways. He erected a two-story stone house set into a hillside, various farm and ranch structures, and several guest cottages near the famous presidential profile. Guests met their proprietor in the stone house's second-floor parlor and took their meals in the kitchen below. And though plans for the electric train short-circuited, visitors could hop aboard the Denver, South Park & Pacific Railroad for the short jaunt from Denver's Union Station to Kassler, near Roxborough.

Excerpted entries from Persse's guest book show how early twentieth-century visitors appreciated Roxborough Park's beauty and understood the need to find a balance between economic development and the preservation of natural resources. Edmund J. Churchill of Denver wrote, "A Park made by Nature's hand alone - The Arts of Man could only mar it." Denver Mayor Robert W. Speer opined that the park "should be owned by the city for the free use of the people."

Persse died on Monday, August 26, 1918, when a tramway car struck him as he crossed the intersection of Milwaukee and Twelfth Avenue in Denver. And though his plans to build a hotel in Roxborough Park died with him, his desire to share the area's beauty with family, friends, and the general public were realized. In 1975 the Colorado State Division of Parks purchased five hundred acres of the Persse family property, forming Roxborough State Park. Since then, the park has expanded to 3,319 acres.

More than 1.2 billion years of geologic time are represented by red-rock formations found within the park. The area's geological structure has resulted in microclimates that have produced seven distinct plant communities in a unique mixture of prairie and mountain species. As a result, Roxborough is home to abundant wildlife, including white deer, black bear, coyotes, mountain lion, bobcat, and 145 species of birds.

Early native people inhabited the area between 4999 BC and 1000 AD and again from 1900 to 1924 AD. Roxborough State Park is the only state park designated by the U.S. Department of the Interior as a National Natural Landmark (1980). Roxborough State Park Archaeological District was added to the list of National Register of Historic Places in 1983. It is also a State Historic Site and National Cultural District because of the number of archaeological sites. It was Colorado's first state park to be designated as a State Natural Area.

Within the park, "there are excellent examples of exposed geology from the Precambrian to Late Mesozoic, including hogbacks of Cretaceous, Permian, and Pennsylvanian age. Erosion of steeply dipping monoclinal sedimentary sections has resulted in the series of three major hogbacks and strike valleys, exposing highly scenic dipping plates, spires, and monoliths. Precambrian gneiss and biotite-muscovite granite are exposed on Carpenter Peak.

The westernmost hogback is Paleozoic Age Fountain Formation sandstone, originating from an accumulation of sediments that eroded from the Ancestral Rocky Mountains. It is conspicuously red due to oxidation of iron minerals. The central hogback is Permian Age Lyons Formation, which formed from windblown sand and stream deposits following erosion of the Ancestral Rocky Mountains. The easternmost hogback, Cretaceous Age Dakota Sandstone, is composed of Lytle Formation floodplain deposits and Platte Formation beach and shallow ocean deposits." - from the Roxborough State Park website

Comments: The trail to Carpenter Peak is a 6.4 mile round-trip hike of very easy terrain. Its summit is a surprising rocky outcrop and is the highest point in the park, providing a spectacular view in all directions. The .07-mile Elk Valley Link near the beginning of the Carpenter Peak trail connects to the Douglas County trail system via Douglas County Road 5. You can also hook up to Waterton Canyon via a 3 mile connecting trail.Permitted uses: Foot 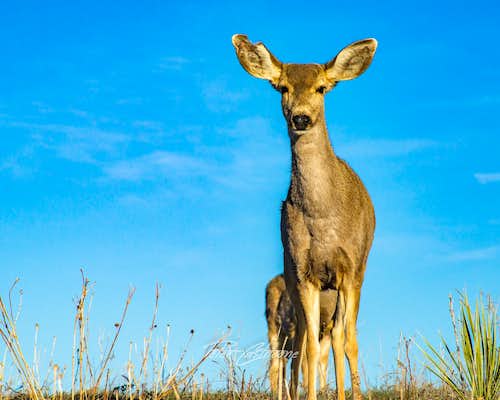 You must purchase a daily pass ($7 per car as of 9/2015) or possess a valid Colorado State Park Pass. The Colorado pass system is complex, so I have copied the information here:

All Colorado State Parks have entrance fees. All vehicles are required to have an entrance pass and Roxborough may have walk-in fees.

Where can you purchase your park pass?

Roxborough State Park is open year round. Park hours are typically 8am-7pm but may be seasonal and vary. Please check the Official Website prior to your trip.