At 9856 feet Jacks Peak is one of the Desolation Wilderness Area's highest peaks. Located near the geographic center of the wilderness, it is slightly overshadowed by its big brother, Dicks Peak. Jacks Peak is a worthy summit in its own right, or -- better yet -- makes a fine days outing by combining it with a climb of Dicks Peak. More adventurous folks can use Jacks Peak as the center linchpin in a long traverse across the top of the Desolation Wilderness by traversing from Pyramid Peak in the south, northward along the Crystal Range, down to Mosquito Pass, then up Jacks, Dicks and the long traverse over to Tallac. In winter, the south face of Jacks can harbor some nice corn snow, and provides a great trans-desolation ski tour linkup. 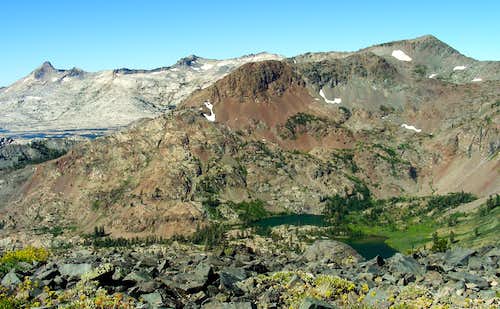 Jacks Peak
The peak features what may be the finest view in the Desolation Wilderness. The dramatic east face if the Crystal Range fills the view to the southwest, above the scenic reservoir Lake Aloha. To the north the Rubicon River cuts its deep canyon. To the east Dicks Peak and Mount Tallac fill the view with a portion of lake Tahoe visible in the background.

The peak is remote by Desolation Wilderness standards, however considering the Desolation Wilderness is the most heavily used wilderness in the US this is not saying much. Still the peak is relativity pristine, no views of the skyscraper casinos of South Lake Tahoe are visible from the summit and only a few ski runs can be deciphered on the nearby mountains. Solitude is also likely for the off trail portions of this peak's ascent, though not a guarantee, something that can not be said for most other high peaks in the wilderness.

Because the peak sits in the middle of the Desolation Wilderness, it can be reached from virtually any trailhead. Hikes from the east or south are most common.

¹ Distances are in miles and are to the trail junction on the north side of Lake Aloha, not to the summit.
² The shorter distance is accomplished by taking the ferry across Echo Lakes.
³ For an extra 0.4 miles the summit of Mount Tallac can be reached.

Hikes from the west start near Wrights Lake and take the trail to Twin Lakes, then over the crest of the Crystal Range between Mt. Price and Peak 9,441, descending into Rockbound Valley at the foot of Jacks Peak. 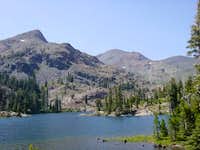 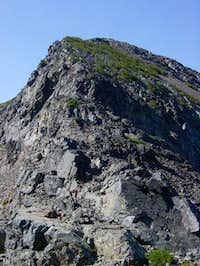 The most logical and efficient way to climb Jacks peak is likely the traverse from Dicks Peak due to the presence of a very good use trail from Dicks Pass to near the summit of Dicks Peak. The traverse from there is a simple ridge walk with a few class 3 moves near the summit of Jacks Peak. The peak can also be climbed along the southwest slopes, from either Lake Aloha or Mosquito pass. These routes involves following numerous granite ramps up the peak, many of which dead end in cliffs, for this reason these routes are best used for ascents and not descents due to the ease of locating these cliffs on ascent. Another option is to follow the east slope from Heather Lake. this route is reported to be very straightforward.

Permits are required for day and overnight use in the Desolation Wilderness. Day permits are self issue at the trailheads. Overnight permit information can be found at the link below. Also, there is a $5 fee to park at the Eagle Falls and Pyramid Creek trailheads.

The peak can be climbed year round. Winter trips obviously take a bit more preparation and are usually done as overnighters.

Camping is allowed in the Desolation Wilderness with the proper permit. There are several campgrounds on Highway 50 and 89 as well. Call (530) 644-6078 for exact locations and more information. 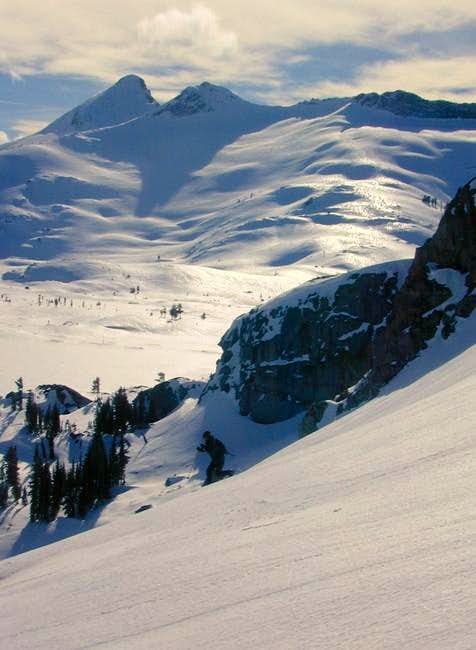