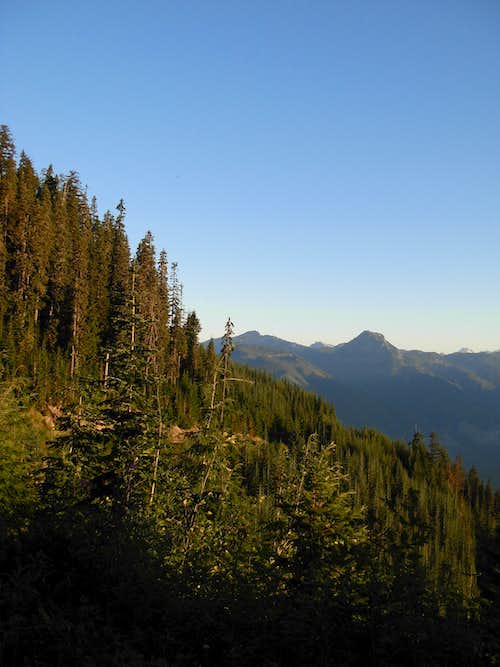 Northeastern Slope of Sobieski Mountain
Sobieski Mountain is a mountain peak located in the Mount Baker-Snoqualmie National Forest of Washington State. The summit of the mountain is approximately 2.4 miles physical distance southeast of the town of Skykomish. However, driving distance is much greater. The mountain can be seen overlooking Skykomish to the south, and is most recognizable by a communications tower that can be seen from the town at Point 3400'+ on the north end of the peak. 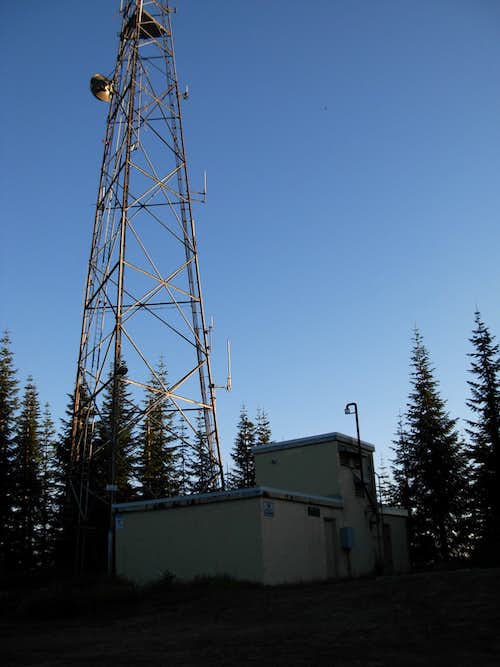 Summit of Sobieski Mountain
The summit is the site of a communications tower facility but other areas of the peak have historical significance. The Washington Division of Forestry, which later became the Washington Department of Natural Resources (DNR), used to have a fire lookout located north of the summit of Sobieski Mountain. The location of the former lookout site is a short walk north (and downhill) of Point 3400'+, at the "Maloney Ridge Benchmark" location at 3364'. The name of the lookout was Maloney Ridge Lookout, due to the peak's close proximity to Maloney Ridge located southwest of the mountain.

An L-4 cab lookout had been moved from the slopes of Galena Mountain (now called Iron Mountain, located south of the community of Galena) to the Maloney Ridge Lookout site during 1941. By 1942, the lookout became an AWS cabin. By 1953, the lookout once again was a L-4 cab type, which was then destroyed in 1969 by the Washington DNR. All that remains of the former lookout site are some concrete foundations and other minor remnants. 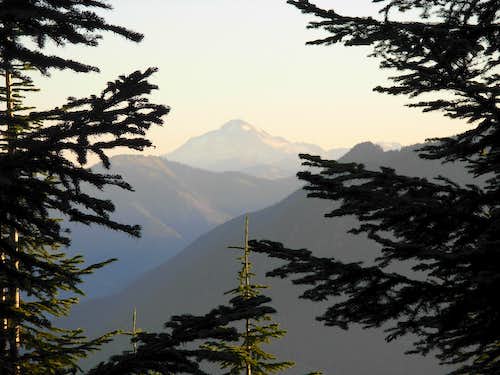 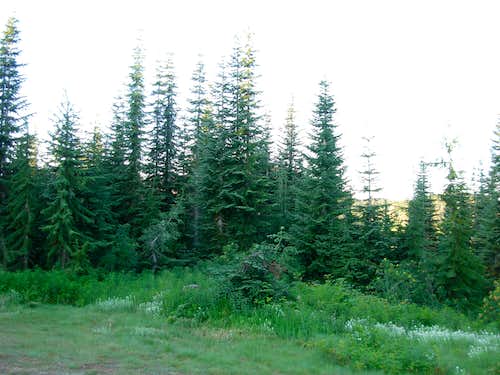 Dense Evergreen Forest
No hiking is required to reach the summit of Sobieski Mountain or Point 3400'+. However, hiking and mountaineering options are possible from any part of the mountain. An avid mountaineer can trek south of the summit to the Maloney Lakes. The summit area marks a good location to begin backcountry trips, as well. Hikers might prefer driving south on Forest Road #6846 along the eastern slope of the mountain, leading to the trailhead for Evans Lake Trail #1069, entering into the Alpine Lakes Wilderness. Some adventurers might even attempt following Maloney Creek or Anthracite Creek to and from the mountain.

Special thanks to Eric Willhite for providing some information for Sobieski Mountain and the former lookout locations. He provides a route map and further details at this link.

The total mileage from Skykomish, Washington, to the summit of Sobieski Mountain is 13.4 miles. Here are the driving directions:

No essential gear needed to travel to the summit of Sobieski Mountain, either of the former lookout sites, Maloney Lakes, or the surrounding areas.

If hiking into surrounding wilderness, it is recommended to have "10 Essentials". Green Trails Map #175 can also be very helpful.