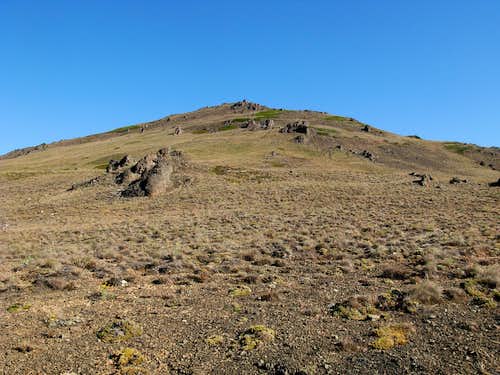 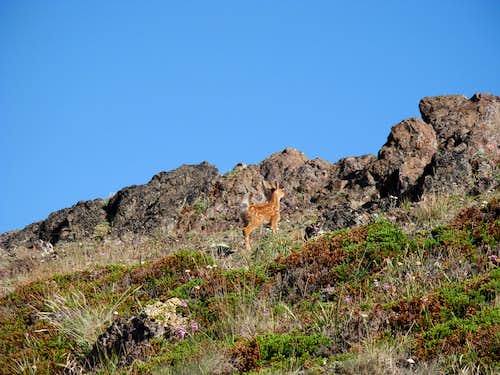 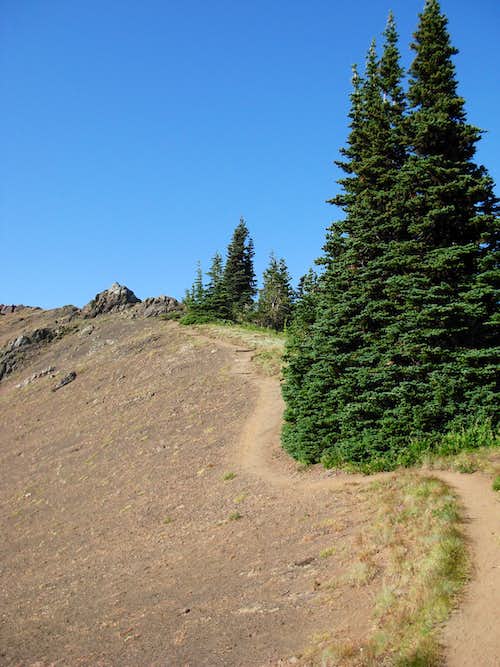 The summit (6007' elevation) is reached via the Rainshadow Trail, a 0.5-mile roundtrip loop trail with limited elevation gain. The trail is so-named because Mount Olympus, the highest point of the Olympic Mountains, located southwest of the mountain, casts a major rainshadow for the mountain. Mount Olympus receives over 200" of precipitation annually, and the mountain's massive rainshadow causes Blue Mountain to only receive 50" of precipitation annually. This causes the mountain to be fairly dry and barren most of the year. 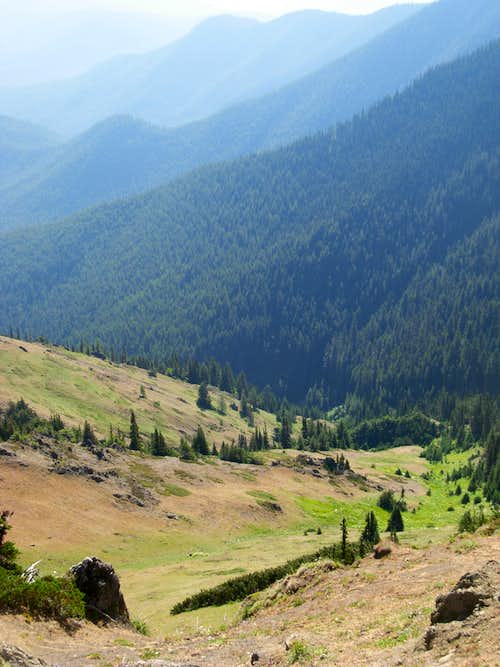 Some trees, mostly Douglas-fir and lodgepole pine, are scattered on the mountain slopes. Lightning strikes play an integral part to the success of the growth and replenishment of these trees. Douglas-firs have thick insulating bark that withstand most lightning storms and intense heat, but every few hundred years hot fires kill even these trees, allowing young Douglas-firs to have room to germinate and grow afterward.

Lodgepole pines have cones that require intense heat to open and germinate. In example, in 1988 a human-created campfire got out of control and ravaged the slopes of the mountain and the surrounding area, but the heat of the wildfire helped open the resin-sealed lodgepole pine cones and released a flurry of seeds into the charred (but nutrient-enriched) soil, helping to ensure the longevity and success of the species in the area.

If climbing this peak, try not to step on the wildflowers and other fragile plant life. Stay on the Rainshadow Trail.

No camping is allowed on Blue Mountain, EXCEPT at Deer Park Campground. Please contact the Olympic National Park for details concerning current conditions and fees to stay at that campground.