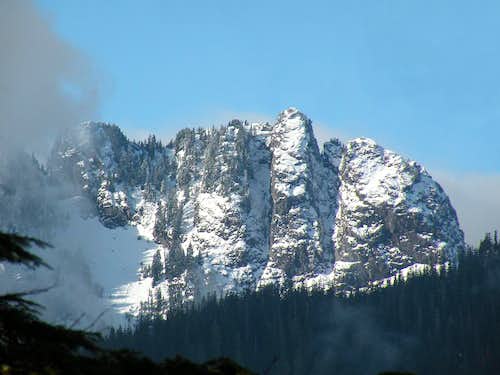 View of Bessemer Mountain through the trees. More evidence that I need to tackle that mountain peak one of these days.

Choirboy (also known as Stegosaurus Butte) is a narrow fin south of Garfield , south of the Middle Fork of the Snoqualmie and north of Rainy Creek. The "Choirboy" name comes from the summit's proximity to the nearby, and taller, Preacher Mountain. The peak is also known by many as "Stegosaurus Butte" which is slowly but surely starting to become it more dominant name. You will see this mountain most noted on www.nwhikers.net as Stegosaurus Butte. That name comes from the fact that the ridge when seen from on the way up Preacher Mountain looks like the body of the Stegosaurus. Both names are often used to describe this mountain and both of them are correct. 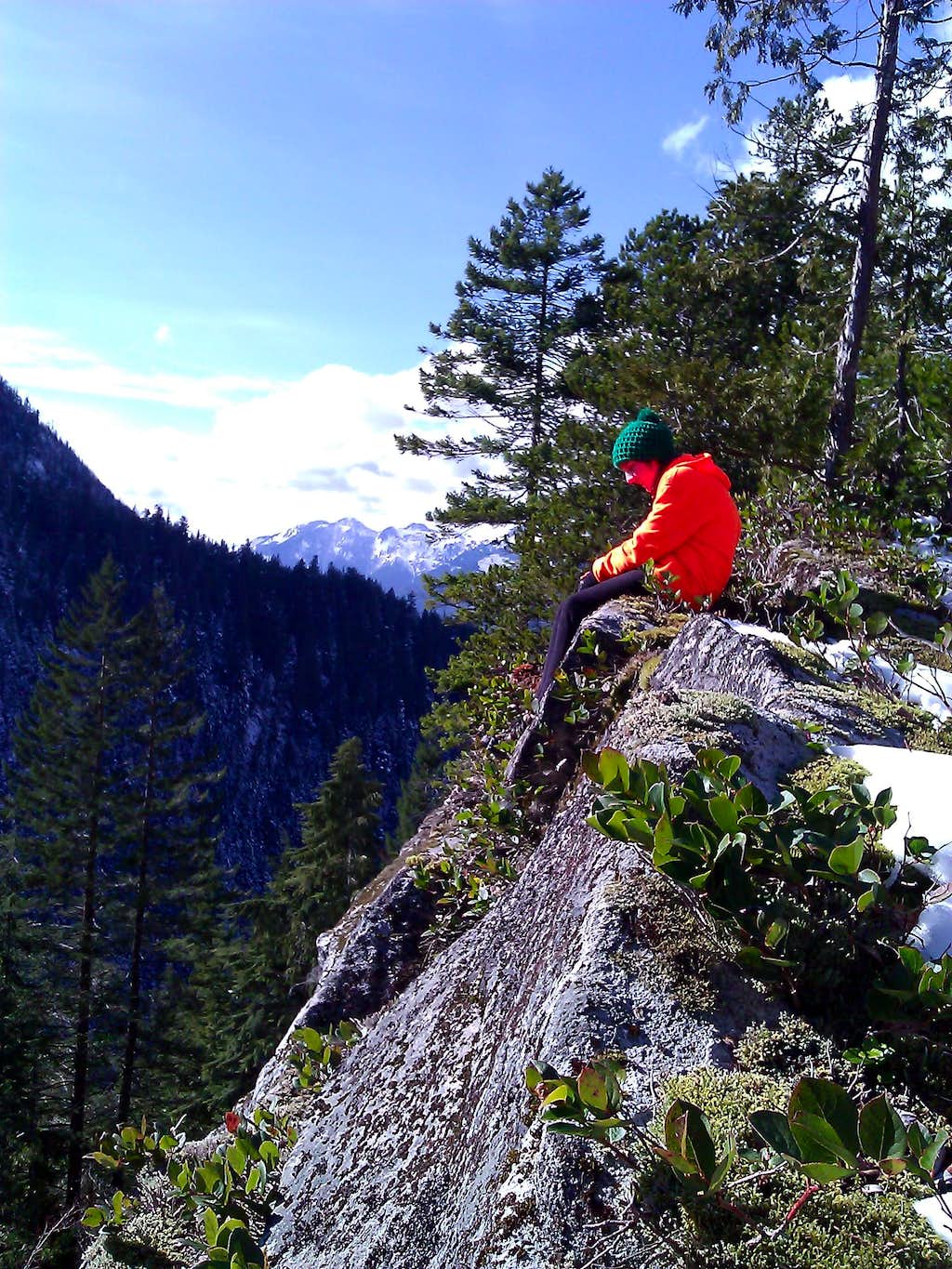 Looking West from ChoirBoy Summit. In the distance is the Green Mtn/Mt Si collection.

Choirboy is a low peak (2140 feet), but has dramatic cliffs on the north and south sides of the fin, with smaller cliffs on the east end of the fin. The north side hosts the Fee Demo Wall rock climbing area (slabby climbing). All the climbing here is on slabby trad routes and ranges in difficulty from 5.5 to 5.12 depending on route. This area is not nearly as well known as Exit 38 or nearby Mount Garfield for rock climbing but with talk of the Middle Road being paved and many of the trails in the area being renovated that will probably change in the near future. 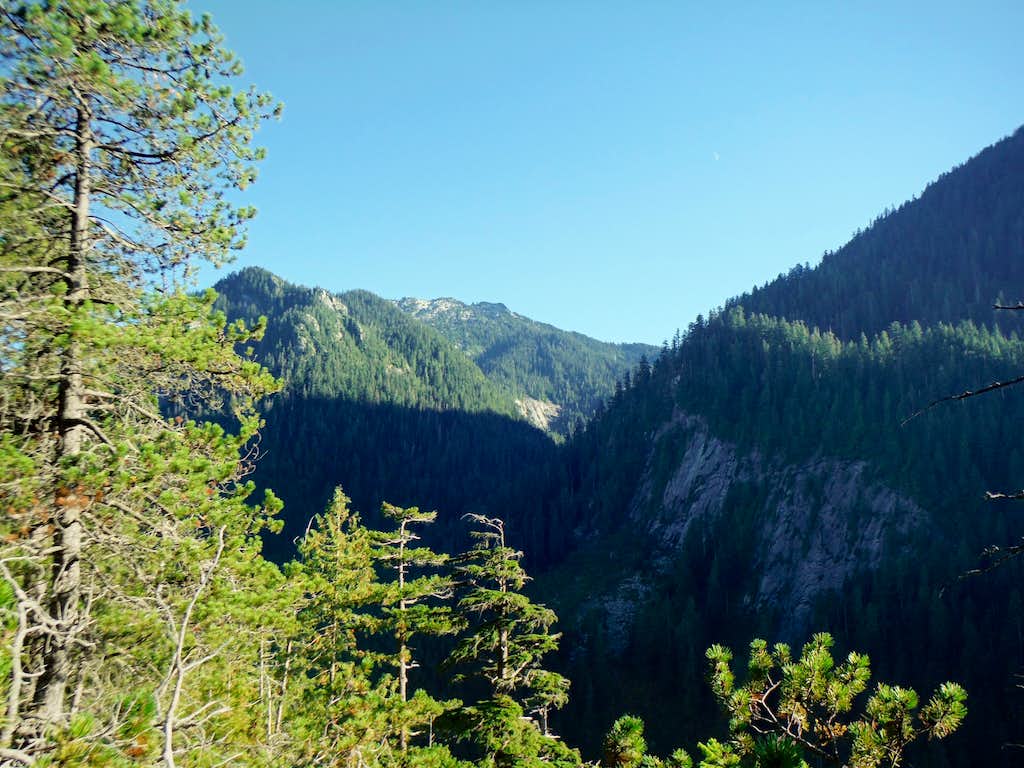 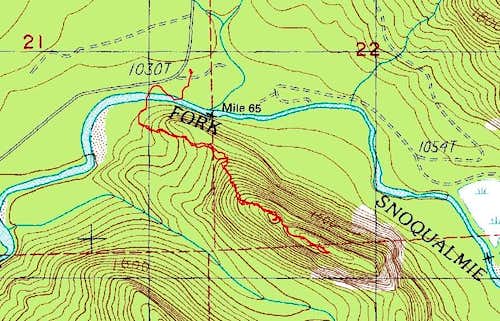 For those not interested in rock climbing there is an easy walk-up on the west ridge. The route is a climber's trail, through lovely mature trees and then snaking up between small outcroppings before running along the relatively narrow (50 - 100 feet) ridge crest with great views to the north and south. The unmarked climbers trail is right now not very popular but in a few years this will probably change as hiking and peakbagging in the region continues to boom. As mentioned above the paving of the typically pothole ridden Middle Fork Road will probably make this trail more pronounced in the upcoming years. From the parking lot at the Middle Fork Trail Head the top can be reached in about hour, making Choirboy a lot of bang for the buck. Views in the area including the dramatic Mount Garfield to the east, Green Mountain to the west and to the south Preacher Mountain. 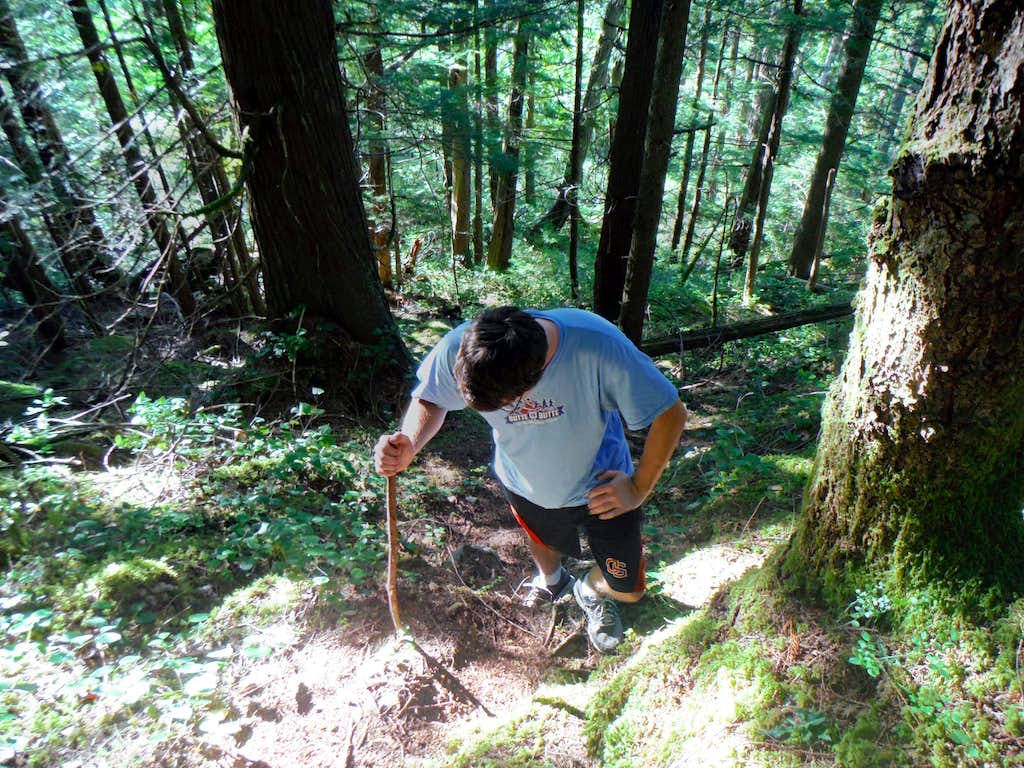 The route up varies from gradual in places to very steep in others. Footing in some spots can be iffy and in spots and trekking poles though not necessary really help on the steeper sections. Because of the low elevation of this peak the trail remains snow free much of the year. Snowshoes are typically not needed unless there has been a lot of low elevation snow. There many would prefer to do this peak early in the year as a tune up to climbs and hikes during the summer. 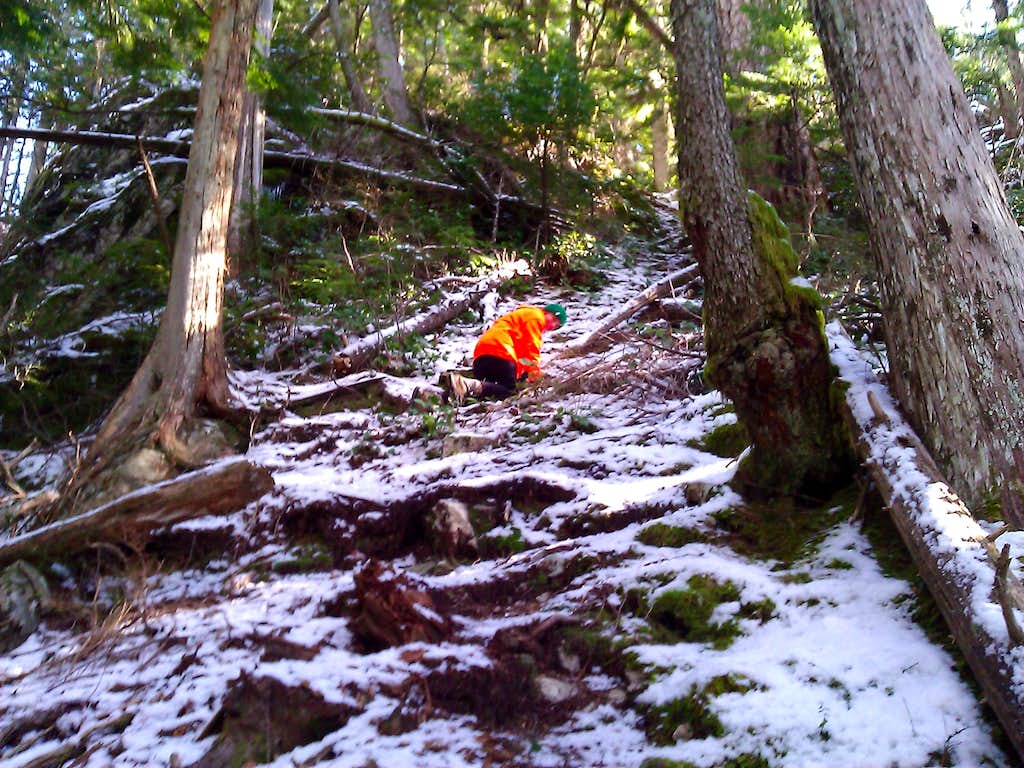 The climber's trail on Choirboy. Illustrates the snowcover on Feb. 20th, 2010.

Yet another trip report on this mountain