Stuchd an Lochain (pronounced:stooch an lochan) is located east of Bridge of Balgie, to the south of the Loch an Daimh reservoir, within the long meandering Glen Lyon in Scotland.

Stuchd an Lochain (translation:peak of the little loch) stands at a height of 960m/3150ft. The name, as explained in the translation, refers to the small Lochan nan Cat that sits some 250m beneath the peaks steep eastern flanks. This aspect makes this a splendid and fascinating looking corrie. The peak is classified as a Scottish Munro and is number 197 in the Munro heights table.

One of the first accounts of any ascent of a Scottish peak was on this very mountain back in 1590. The local Laird, Mad Colin Campbell of Meggernie, is said to have climbed the hill and came across a herd of goats. Which he then duly chased over the edge and down to their deaths in the lochan below.

Stuchd an Lochain as seen from Creag an Fheadain. (Photo by Boydie)

Access to the peak is gained by the single track road that leads west from Bridge of Balgie, which is to the north of the more infamous Ben Lawers Range and west of the town of Aberfeldy. There is a small number of parking spots available at the roads end, just before the Loch an Daimh dam. From here, go south around the dam, where a faint path (quite boggy) climbs steeply up onto Creag an Fheadain. A straight forward drop and climb south west then leads to the top of Sron Chona Choirein, before a nice amble and one last climb, west, leads to the summit.

Directly north of this peak lies another Munro called Meall Bhuide (yellow hill) and this can be added to your day by either dropping back down to the dam and climbing its southern slopes or by traversing around the peaks that surround the loch in a clockwise direction. 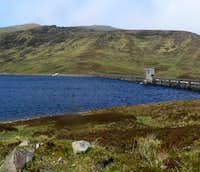 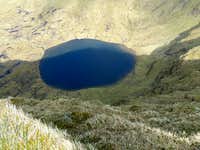 Due to its fairly remote location it is advised to arrange car transportation to and from this peak, however alternative transport methods to areas nearby can be sought via train and bus.

The nearest train station to Stuchd an Lochain is at Pitlochry. Scotrail info link.

The nearest bus drop off from Glasgow/Edinburgh is Killin. Details can be found on this Scottish City Link info link. 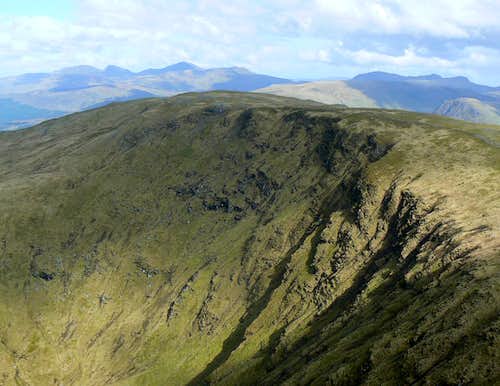 The best two place to base yourself for climbing in the Glen Lyon region are in the picturesque towns of Killin or Aberfeldy.

Wild camping is totally legal in Scotland and can be done in various locations close to Stuchd an Lochain. This is due to the Land Reform (Scotland) Act 2003 that was mentioned earlier.

Rainbow over Loch an Daimh after a brief hail shower. (Photo by Boydie)

The weather conditions in Perthshire can alter rapidly and you should ensure you are fully prepared for all weather eventualities. The following websites will provide invaluable information on the expected conditions for your planned trip. 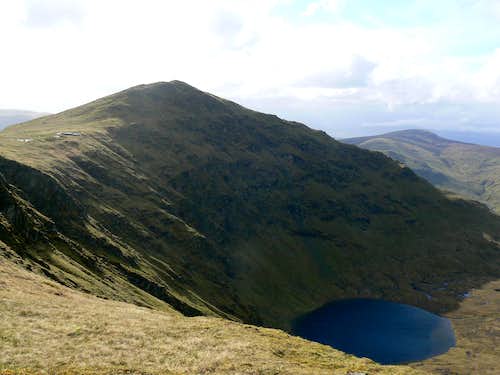