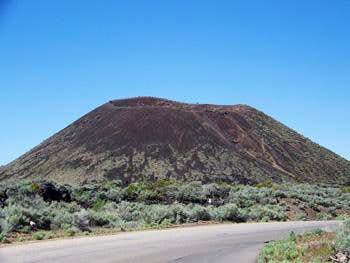 view of the cinder cone from SR-18 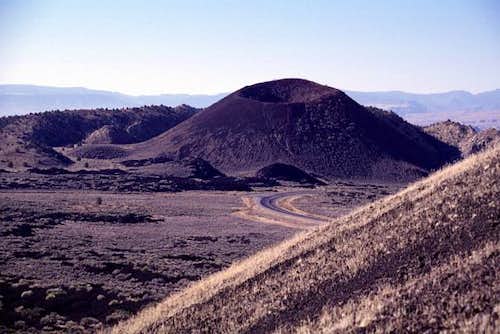 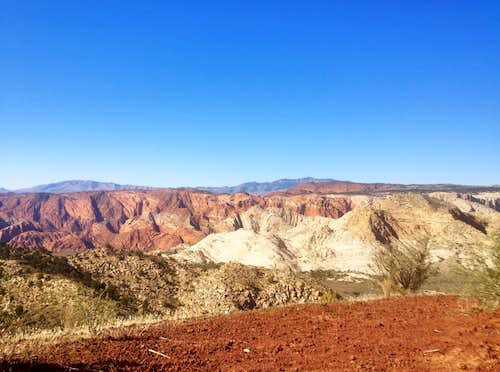 view of Snow Canyon from the summit of Diamond Cinder Cone
The hike from the Cinder Cone Trailhead makes for a relatively easy and accessible way to experience some volcanism/ancient tectonics firsthand. Because the terrain is largely covered in sharp volcanic rock, you will want to make sure that you are wearing footwear that adequately protects your feet (sandals are not recommended). There are some loose rocks, especially as you approach the summit. Though the terrain isn't technical, a slip or fall would likely mean some nasty scrapes or gashes, so be cautious, especially with children.

From I-15, take exit 8 (St George Blvd), and head west about 2 miles to N Bluff St/State Route 18. Make a right, and continue on SR-18 for about 10.5 miles. The trailhead will be on the east side of the road. If you reach Diamond Valley Drive, you have gone too far -- the trailhead will be just before this juncture.

The climate in the St George area offers the ability to hike this trail year-round. In the summer months, be aware that there is no cover, and the dark rock heats quickly. Make sure to bring enough water.