Mount Eisen is a remote peak in Sequoia National Park along the southern portion of the Great Western Divide.  The peak is difficult to distinguish from its unnamed neighbors and this part of the Divide is overshadowed by the taller and more impressive Kaweah range immediately east of Mt Eisen across the Big Arroyo.  Still, the view that typical visitors to Sequoia National Park see, if they venture out to the tame Moro Rock overlook, is that of the southern Great Western Divide, including Mt Eisen.  Mt Eisen is one of the 247 peaks listed by the Sierra Peaks Section of the Sierra Club Angeles Chapter.

Mt Eisen is named for Swedish born scientist Gustav Eisen who helped advocate the formation of a national park to protect the giant sequoias.  There is disagreement on how much influence Eisen, a member of the California Academy of Sciences, had on the campaign for Sequoia National Park. Nevertheless, "Eisen remained a member of the California Academy of Sciences until his death in 1940. In December of that year, in honor of his long scientific career and interest in sequoia trees, the Academy petitioned that a peak on the Great Western Divide in Sequoia National Park be named for the naturalized Swede. The Board of Geographic Names granted the request in September 1941, and Eisen’s ashes were later interred at Redwood Meadow near the foot of the peak." (Sequoia Parks Foundation) 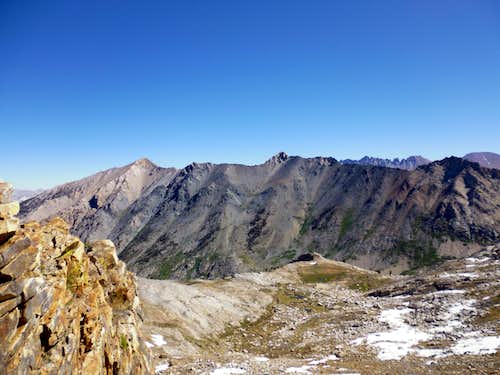 Mt Eisen is easiest approached from the west using the Mineral King trailheads.  From the Visalia area, head east on Highway 198 towards the southern entrance to Sequoia National Park.  Shortly after going through the town of Three Rivers but before crossing the bridge, turn right on the Mineral King Road marked by signage.  Follow the windy (slow going) and mostly paved road for 25 miles to the Sawtooth Pass trailhead on the left (about a mile past the ranger station).  Eisen can also be approached from the Big Arroyo cabin along the High Sierra Trail (HST).  The Big Arroyo is approximately 2-3 days walking from Crescent Meadow (western HST anchor) or 3-7 days walking from the Whitney Portal (eastern HST anchor).  Note that there are many junctions with other trails to the HRT, too numerous to describe here. 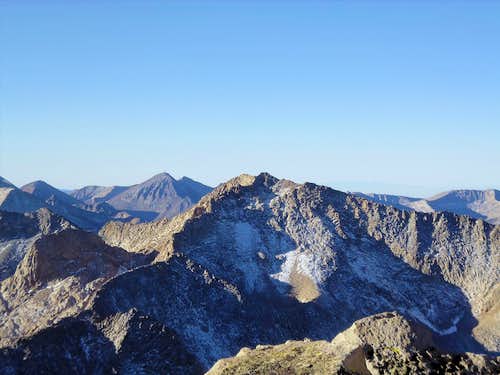 Mt Eisen is easiest climbed from the Blackrock Pass trail.  If coming from the trailhead in Mineral King, the west side of Blackrock Pass can be attained by either hiking over Timber Gap and heading up (east) on the trail or taking the abandoned Glacier Pass trail over Glacier Pass (north side usually keeps snow until late in the season) and then hiking cross country from Spring Lake to the first visible switchback.  From the east, Blackrock Pass can be reached on the Little Five Lakes trail from the Big Arroyo cabin.  It may also be possible to take a long arduous cross country route up the south fork of Granite Creek to the northwest flank of Eisen starting from the vicinity of Redwood Meadow.  The Black Kaweah page has excellent directions for both the Glacier Pass and High Sierra Trail routes. 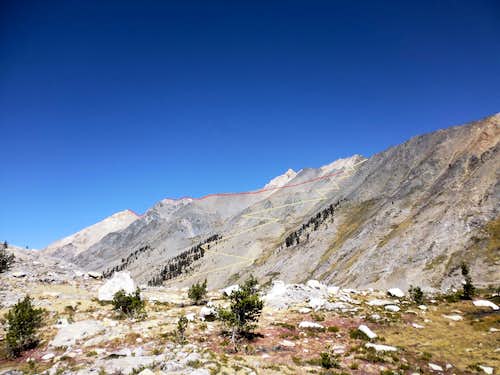 The traditional approaches to Mt Eisen are from the south and east and run mostly Class 2 and 3.  Climbing directly on the South or North ridges probably rates closer to Class 3 and 4 due to the blocky nature of the ridge.

Everything you need to know about permits, regulations, and driving directions can be found on the Climber.org page. While overnight hikes require a wilderness permit, day hikes can be done without red tape. The Big Arroyo is a perfect place to camp overnight for forays into the Great Western Divide or the Kaweahs: bear box, flat camping spots, and plenty of water. Three miles further away (but closer to the trailhead) is the largest of the Little Five Lakes sporting the same amenities as the Big Arroyo.

Climbing can be done in almost any season but May through October are the most popular times. In heavy snow years, the chutes and slopes may hold residual snow.. Check for current NOAA weather. The Mineral King webcam page is also a good source for weather info. 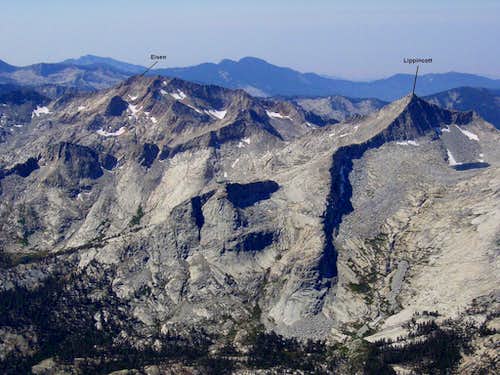 Eisen and Lippencott from Black Kaweah (courtesy of Bob Burd)