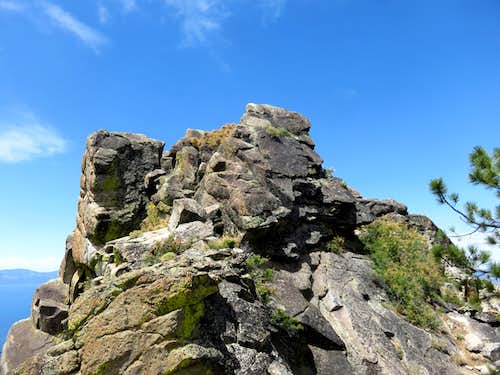 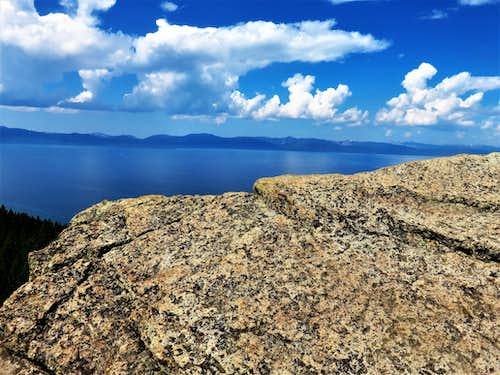 A short hike is required to get to the base of the rock; a little over an hour is needed to go to the rock, take in the views, and go back to the trailhead.

Climbing the rock itself is not for the faint of heart. It is Class 3 scrambling. However, this shouldn’t pose too much concern, given the view is worth it, and you just have to deal with some rocks. There is no real exposure. 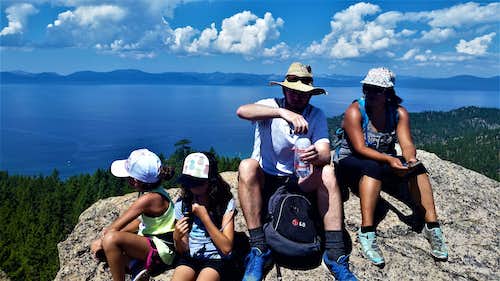 Captain Pomin Rock can be accessed all year long, although it is probably easier in the spring, summer, and fall, when there is no snow, or less snow.

Captain Pomin Rock is named after Captain Ernest John Pomin, who was first to captain the S.S. Tahoe from its 1890 launch until 1917 when he retired. He unfortunately died on a cold day in December of 1919 from accidental drowning in Lake Tahoe near Tahoe City; believed to have slipped on ice on the Tahoe City Pier. 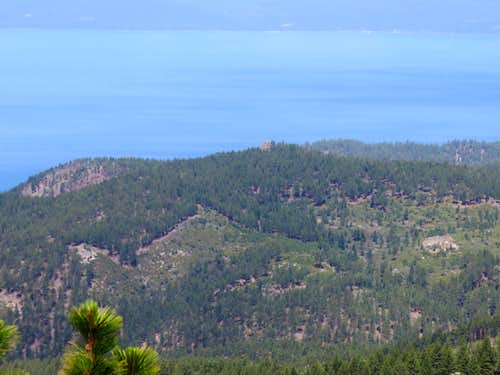 Captain Pomin Rock and Lake Tahoe from Duane Bliss Peak
Getting there is easy. Parking is right near the intersection of Highway 28 and US 50. The entrance is off Highway 28 just north of the junction with US 50 on the west side (lake side) of the road, across from Spooner Lake.

The trailhead itself doesn’t have much parking, but a parking lot just 250 yards away has numerous parking spots. The starting point is at a dirt road.  Turn north on Highway 28 and drive 1/3rd of a mile up the road.  On the left side, there is a metal gate that blocks the dirt road that leads up the mountainside. 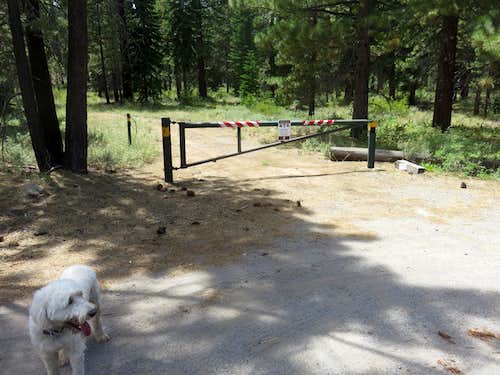 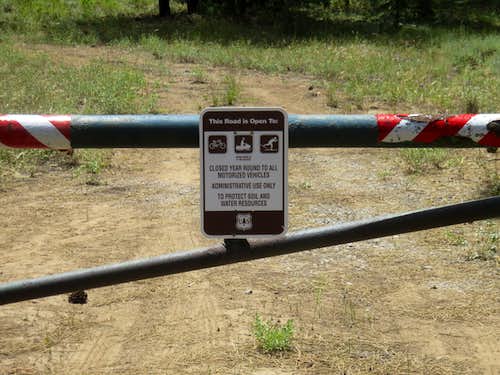 Although you can reach Captain Pomin Rock from the larger parking area, that requires a little more bushwhacking, and you will likely end up on the trail. But the trail itself is the best way to go because it comes within 300 yards of Captain Pomin Rock.

Take the road for about ½ mile and then you will reach a trail junction.  The trail heads to the west.  Continue up the trail until you reach a steep section shown below. Hike up a steep part of the trail. Once on the top of the hill, follow the trail for another 0.15 miles. Captain Pomin Rock is on the right. You have to walk through the woods to find it.  The easiest approach is from the east side of the rock, on the right.  Total hiking distance is about 1.3 miles, gaining about 500'. 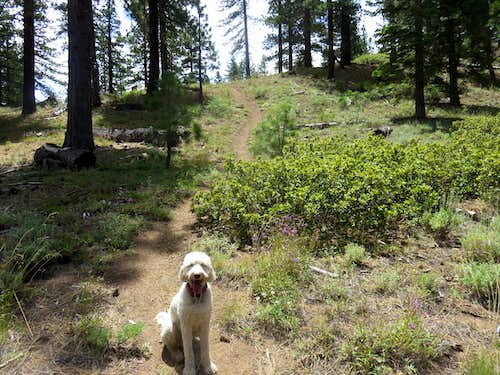 Hill below the summit plateau 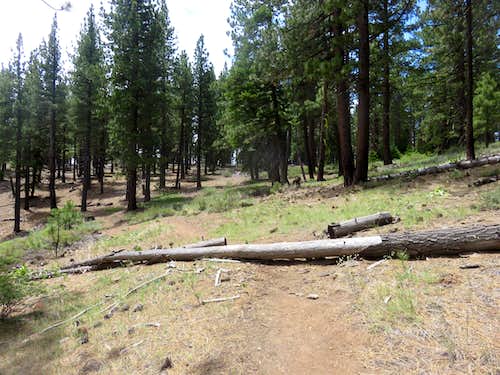 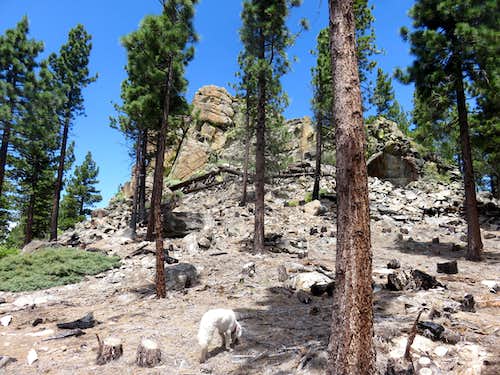 There are no restrictions to hiking or parking at the noted trailheads.