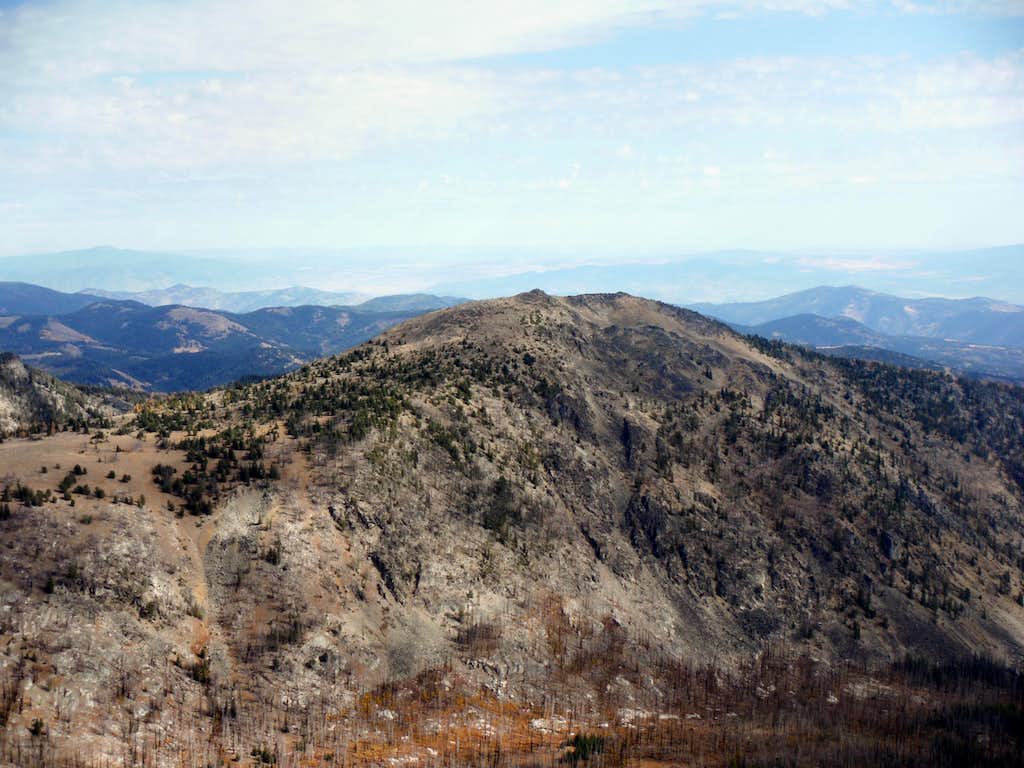 Middle Tiffany Mountain from Tiffany Mountain
The Tiffany Mountain area is seldom visited by hikers. For those who are willing to travel the gravel roads through burned down forest and often travel more than five hours from cities such as Vancouver B.C. or Seattle, WA there is a set of summit that are relatively easy to hike to with rewarding views and complete solitude. Middle Tiffany is one such summit. Though the summit only requires a 7 miles 2000 foot elevation gain hike from the Tiffany Springs Campground (8 mile 2500 foot elevation gain hike if you do Rock Mountain as well), the 360 panorama from summit give rewarding views of Tiffany Mountain, Rock Mountain and many mountains in the Pasayten Wilderness along with the distant Cascades front. The rocky summit of Middle Tiffany truly gives a peakbagger a true sense of accomplishment with its rocky summit and stunning views.  Due a forest fire back in 2006 much of the forest around the peak are burned. However there are some very beautiful sets of larches around Middle Tiffany that make this mountain well worth visiting. 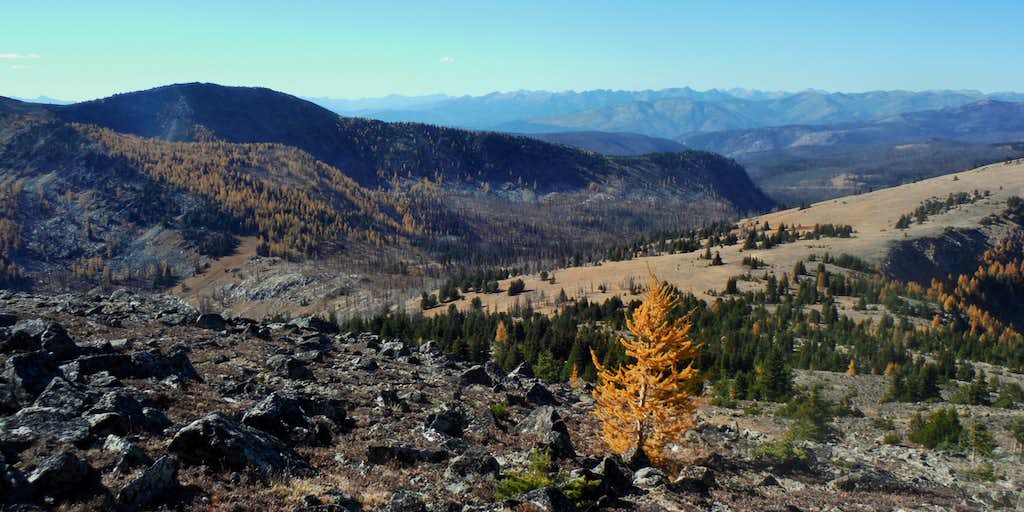 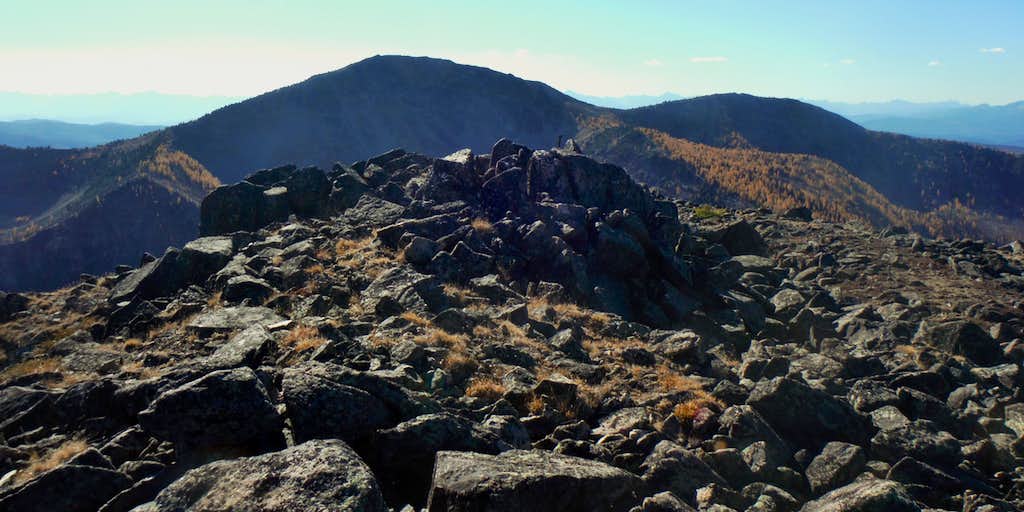 The summit rocks
For the few who due head for this summit often combine it with neighboring Rock Mountain as well. It only add 1 mile and 500 feet of extra elevation gain/loss but is well worthwhile. Out of the two summit though Middle Tiffany is barely shorter the peak itself has better views and has been less touched by humans. 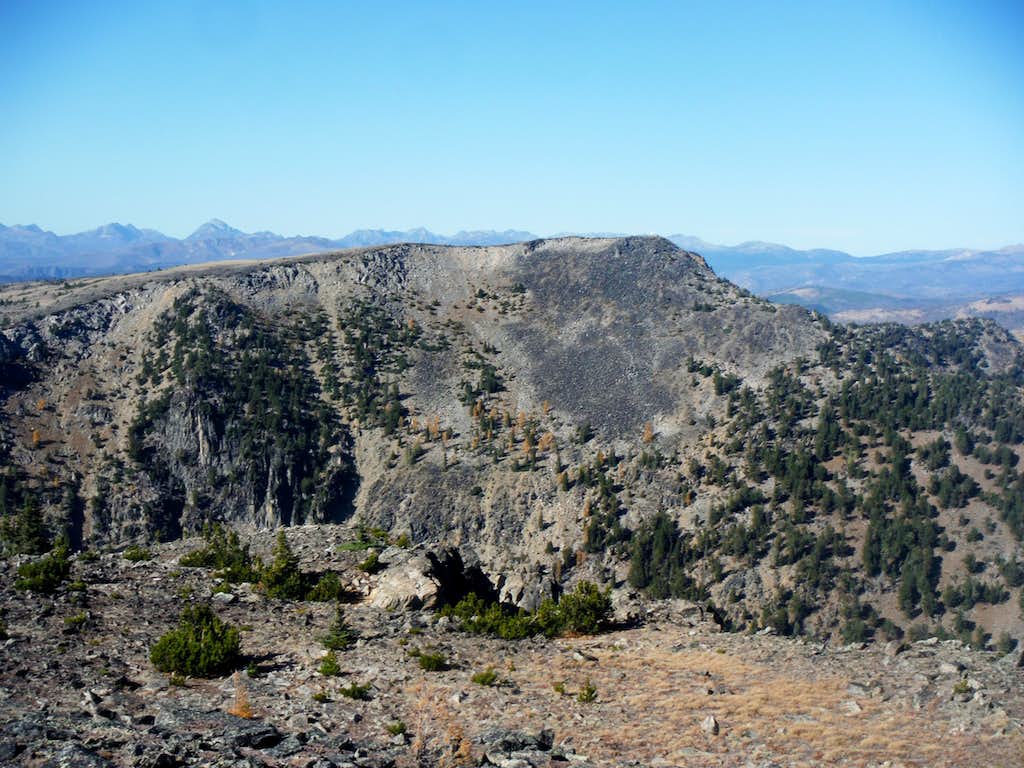 From the town of Winthrop, Washington: Head north on Riverside Ave out of downtown for 0.2 miles. The road will then veer right and continue as Bluff Street for 0.5 miles. The road will then change to East Chewuch Road. Stay on it for 5.8 miles. At 5.8 miles make a slight right onto right onto NF-37 which may be hard to see so pay attention once you are getting close. Stay on it for 12.8 miles until you run into NF-39. Make a left on NF-39 and stay for 3.2 miles to the Freezeout Ridge trail pull out for 7 miles to the Tiffany Springs Campground. 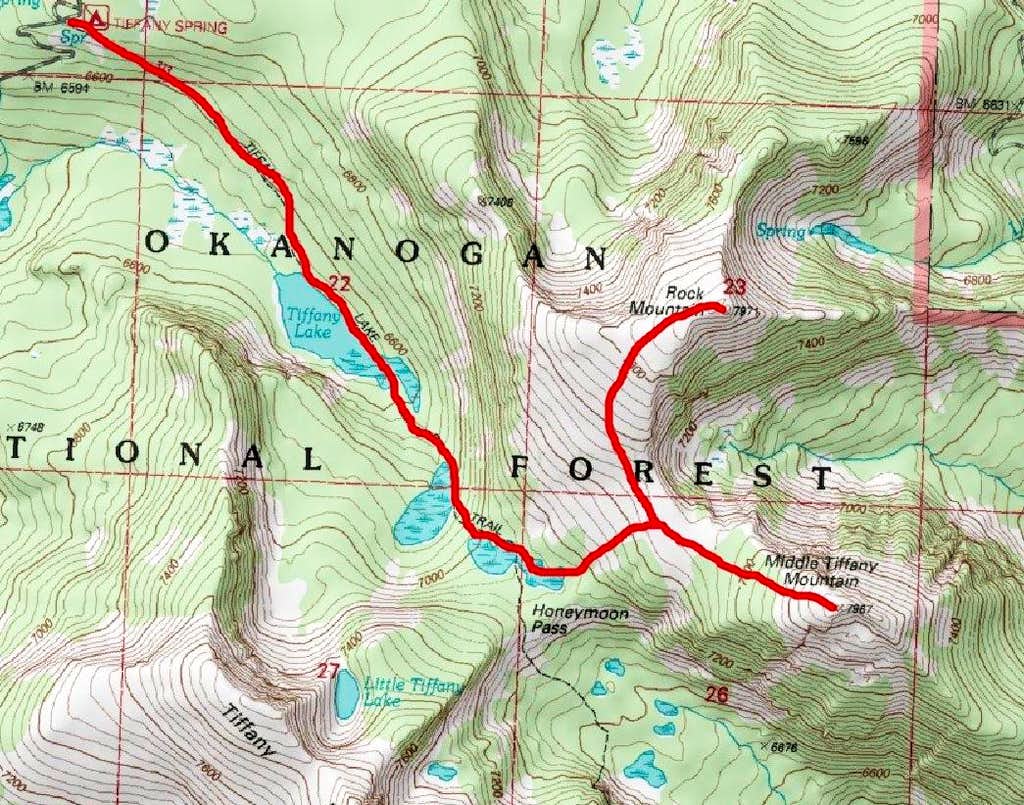 Map of the Route from Tiffany Spring Campground (8 miles, 2500 feet)

This route starts from the Tiffany Springs and drops down to Tiffany Lake before rising again all the way until one hits Honeymoon Pass. From there one goes off trail (no bootpath here) and take it the somewhat steep but very doable slopes all the way to gap between Middle Tiffany and Rock Mountain. From the gap one continues off trail to whichever summit they want first. There is absolutely no hand scrambling on Rock Mountain and very little on Middle Tiffany Mountain and that is only at the very top. 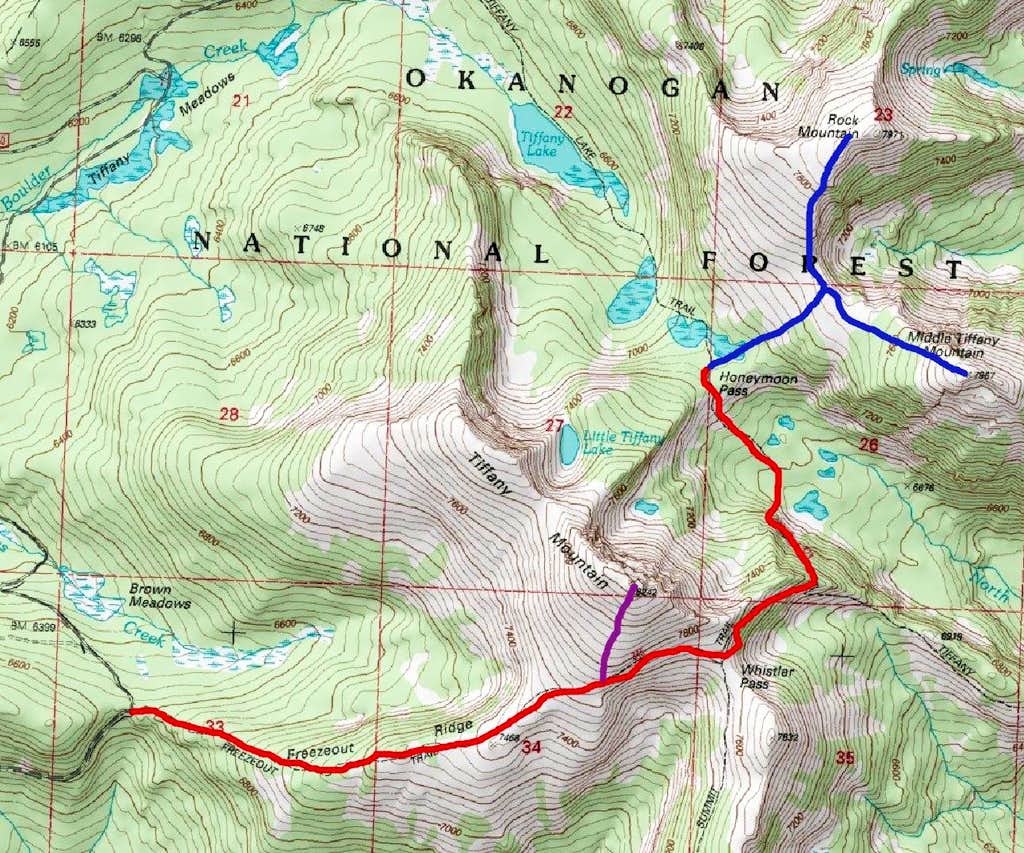 This is a much longer and more demanding route due to the ups and down of the route. Though most of the route is trail until Honeymoon Pass, the route itself will require one to rise from 6600 up 8200 than back down to 6800 then up to nearly 8000 twice with an additional 500 feet between the two summit. All told this is roughly 12 miles and 4500 feet of elevation gain and loss. This is still very doable for most in shape hikers but one should except a long day.

Because of the burn area in this region and the lack of popularity there is no fees. In fact there was not even a fee when I was at the cap area on September 30th, 2015.

Because this peak has such a high trailhead this peak is strongly recommended from July to October. Personally I would strongly recommend late September to early October so this way one could enjoy the change of color of the larches that dot some of these slopes. On rare time the road can open up on April or May but don't count on it.

Tiffany Springs Campground is a great place to camp if you plan on doing this hike. There is also another spot right by Tiffany Lake which in fall has a beautiful shot of the larches. 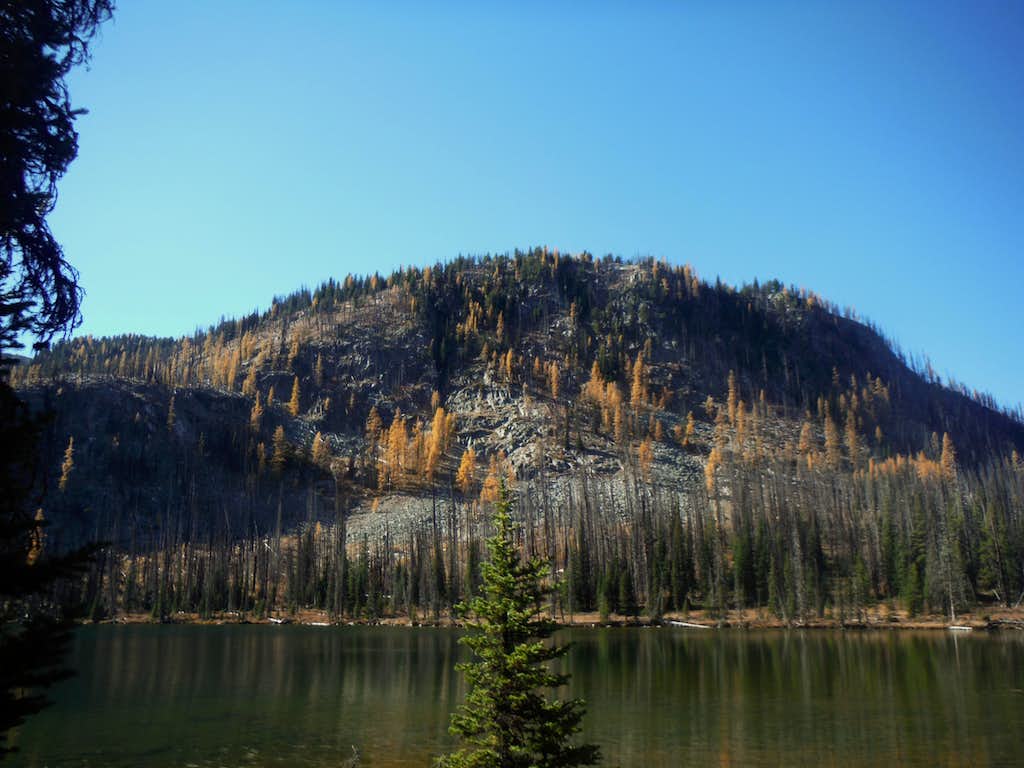