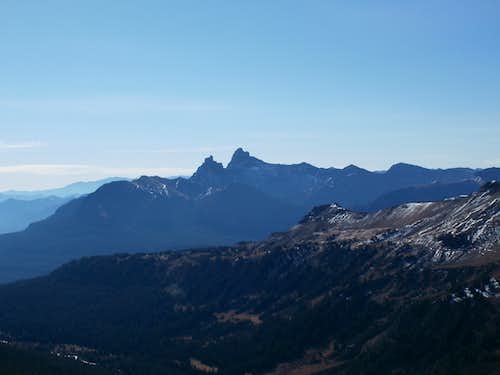 Index and Pilot Peaks From Scotch Bonnet-- by Doublecabin
When Mother Nature created Greater Yellowstone, one of her opera magna, she did not take future SummitPost pagemakers into consideration, for she constructed peaks in places that do not easily fit into the ranges nearby but rather strongly take after two neighboring ranges at once.

She particularly seemed to enjoy doing this where the wild, sprawling Absaroka Range was concerned.

For example-- By most accounts, the southern end of the Absaroka Range is at Togwotee Pass and the northern end of the Wind River Range is at Union Pass. If so, this "strands" a group of peaks-- Two Ocean Mountain, Pilot Knob, Lava Mountain, and Fish Lake Mountain-- between ranges. Where do they belong? In Guide to the Wyoming Mountains and Wilderness Areas by Orrin and Lorraine Bonney, these mountains are in the chapter for the Wind River Range. However, they are much more like Absaroka peaks, especially the closer to Togwotee Pass the peak is (disclosure-- I know nothing about Fish Lake Mountain). The summit ridge of Two Ocean Mountain, only about a mile south of the pass, consists of the breccia that characterizes so much of the Absarokas. Tiny Pilot Knob, the next peak south, does not consist of breccia but does have dark, exposed volcanic rock and the jagged ridge features common in the southern Absarokas. Lava Mountain has huge amounts of exposed lava, making it resemble the volcanic Absarokas much more than it does the Winds (volcanism did play a part in the history of the Winds, but the range is not nearly so characterized by it as the Absarokas are).

Around the Cooke City area, where the Absarokas and the Beartooths converge, it gets even murkier. No passes serve as textbook dividers. The Boulder River drainage does, but it does not go far enough south to split the two ranges around Cooke City.

Scotch Bonnet Mountain (and since Google has not been kind, I have no idea why the mountain is named that, though I am guessing some prospector thought the mountain from some angle resembled a bonnet from his homeland) lies in this hinterland. Although it is closer to "obvious" Beartooth Peaks, it is not made of the granite that typifies the Beartooths. Yet it is also not made of the crumbling breccia that one comes to know and semi-love in the Absarokas. But mining is an obvious part of the area's history, which screams Absaroka and not Beartooth.

And now that you have read this, you might laugh to know that climbing this peak might take less time than reading about it did.

The "climb" is short and easy, perfect if time is limited or you just feel like something easy. On a day seeing rain most of the morning and early afternoon, leaving me without enough time to climb my planned objective, Scotch Bonnet served as a pleasant backup.

Even though the route is rather mundane, the views are not. Among the sights are the eastern Beartooths, dangerous and challenging Index and Pilot Peaks in the Absarokas, the Montana Absarokas, and the remote Absaroka peaks of northeastern Yellowstone.

Don't go expecting much of a wilderness experience, though. The peak rises above a pass along a popular ATV track, and there are many other ATV tracks in the vicinity. Although you probably will not see other people while on the peak, you probably will hear and see machines. But you will also see a lot of mining ruins, which are always cool for reasons I can't really explain.

12/29/2015 update-- I just found out that the Scotch bonnet is a type of extremely hot pepper. Maybe the peak's name is connected to the pepper somehow.

Shortly east of Cooke City, turn north onto a road signed for Lulu Pass. Drive nearly 3 miles to the intersection of the road to Lulu Pass (left) and the road to Goose Lake (right). There is some room to park here if you have low clearance and want to walk the remaining 3 miles to Lulu Pass. However, I was able to drive a Subaru Legacy to within half a mile of the pass. 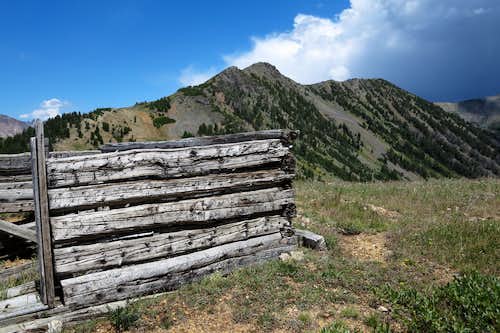 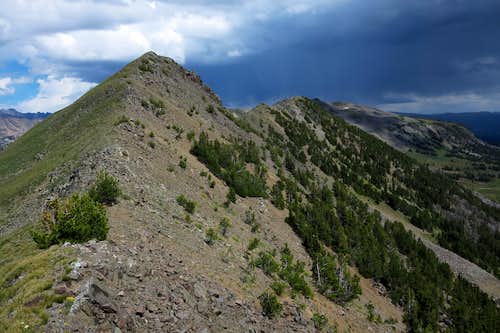 Summit of Scotch Bonnet
From the pass, hike east up the ridge. You'll have to try pretty hard to make this even easy Class 3. Go over a false summit and then up to the true one. For extra fun, head east to a slightly lower summit. 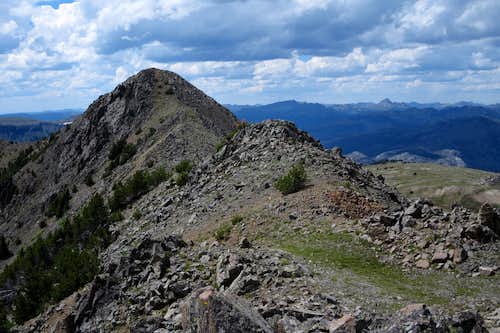 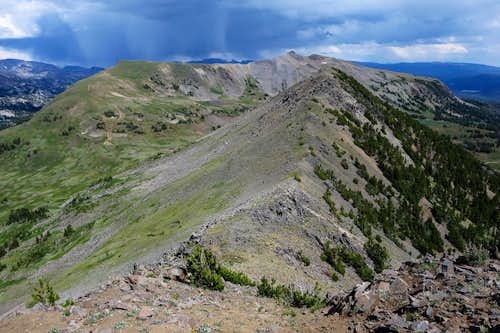 There are some campgrounds off U.S. 212 near Cooke City. However, dispersed camping is widely available along the road to Lulu Pass, and it is free. Watch out for the grizzlies, though. 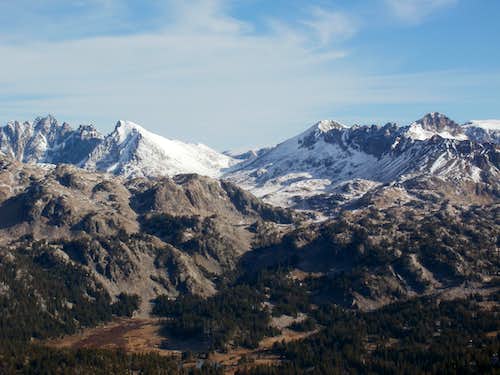