Sombrero Peak is a small peak near the southern border of Anza-Borrego Desert State Park. Featured on the Sierra Club's Desert Peak Section list, Sombrero Peak is located a few miles north of the Mexican border. Its boulder strewn summit offers a relatively straightforward cross country adventure with fantastic views across Southern California and Northern Mexico. If you know where to look, you can even spot Goat Canyon Trestle, the largest trestle bridge in the entire world!

The original page for Sombrero was deleted from SP, so I thought it would be worthwhile to make a new one. 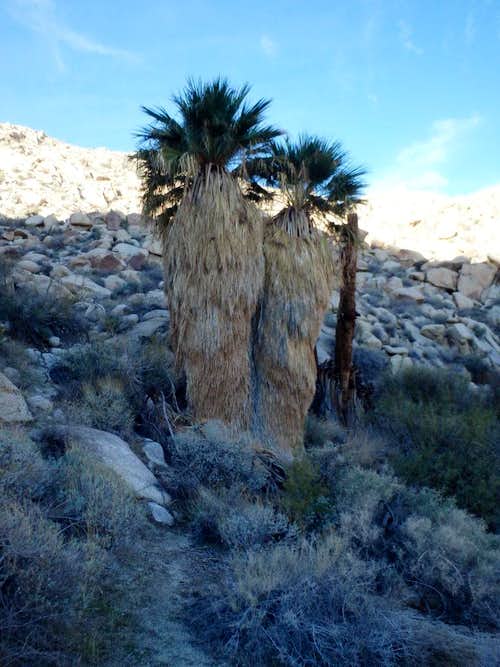 Sombrero Oasis
The best place to start a climb of Sombrero Peak is from the end of the South Indian Canyon Road. To get there, head west on Indian Gorge Road, a sandy dirt road that is in pretty good shape aside from the occasional stretches studded with rocks. High clearance is recommended, although a patient driver could probably make it in a low clearance vehicle. The turn off for Indian Gorge Road is 18.5 miles north from the Ocotillo exit on Highway S2, or 29 miles south of Scissors Crossing. Follow the sandy road 2.6 miles to a fork, branching between North and South Indian Canyon Rds. Keep left on to S Indian Canyon and follow it 3 miles to its end near a small palm oasis and park. 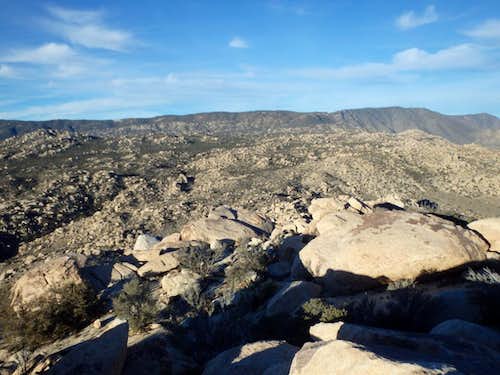 Summit view West From Sombrero
Mileage: 2.8 miles roundtrip
Elevation Gain: 2050'
From the parking area, there are two main options. The first and easiest, is to try and pick up a use trail that heads up a side canyon just to the left past the parking area. The second, steeper but more direct option, ascends the steep slope directly from the parking area. Both meet at a relatively flat area about halfway up.
From there, pick a line heading towards the summit, the ridgeline offering more solid footing over the sandy slopes elsewhere. You'll top out on one major false summit, where a use trail becomes more defined. Follow this to the summit, weaving around boulders that seem to increase in size as you ascend. The summit boulders are about 10', but nearby smaller boulders make it easy to hop to the highest point.

No park entrance fees. There is a border patrol security checkpoint on Highway S-2 that is occasionally manned.

This hike would really only be enjoyable November-March, with late spring through early fall being dangerously hot. No reliable water en route.

Camping is abundant in Anza-Borrego Desert State Park, with both developed campground options and at large camping off the dirt roads in the park. 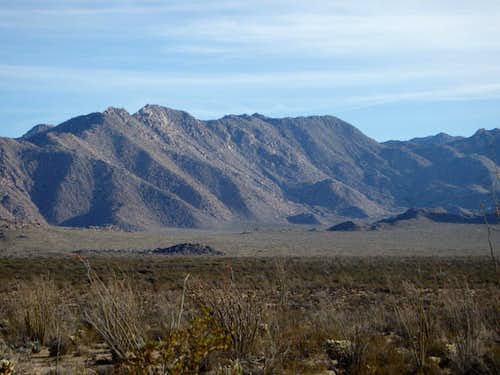 Sombrero Peak from the North