Muhammad Ali Sadpara, most famously known as Ali Sadpara, is the most successful mountaineer of Pakistan, in fact, now he is the king of the heights. Ali Sadpara was born in the land of mountaineers "Sadpara", and it seems by his performance that he is born to beat the heights and high altitudes. Before starting his mountaineering career he used to help his father to run a shop in Skardu Bazar, later on, he started to earn some livelihood by working as a low porter, and he worked as a low porter for many years until he got real chances of being a high porter. Due to his mountaineering skills, talent and courage he was started to know as a good high porter, and later on, when he had some successful summits he drew the attention of national and international mountaineering clubs and groups. And now he is the most successful mountaineer in Pakistan and a most demanded mountaineer as well. 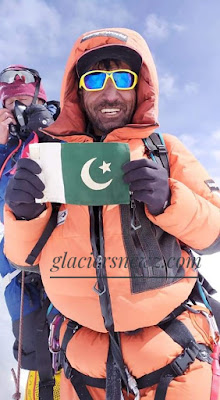 It is really interesting to know that Ali Sadpara was a really famous footballer in Skardu but due to some financial issues Ali Sadpara could not continue with his football because he had to help his father to run their small business. Ali Sadpara is nowadays in a contract with a project named (Beyond Everest 2022) with a very skilled and experienced team based in France led by Marc Batard. This project is based on a vision to summit Mount Everest in 2022. Ali Sadpara already had an attempt to Mount Everest but unfortunately, the weather did not help them out and the expedition could not be completed. Ali Sadpara has the honor to submit all the 8000 meters deadly Karakorum and Himalayan mountains except mount Everest and few others and Mount Everest will be in the lists of his summits soon. Ali Sadpara's eldest son Sajid Ali Sadpara is also a young emerging mountaineer, as he got the honor of being the youngest mountaineer to summit K2 at the age of 20 years.

It is really a milestone to summit all these mountains, look at his stats of Nanga Parbat "The Killer Mountain", Ali scaled the killer mountain an unbelievable 05 times, he also had the record of scaling 8000m peaks 12 times, one of his Nanga Parbat's summit was in winter which is the toughest and the most difficult task for any mountaineer. Ali Sadpara and his companions are the only mountaineers who scaled "The Killer Mountain", Nanga Parbat in a winter expedition in 2016. 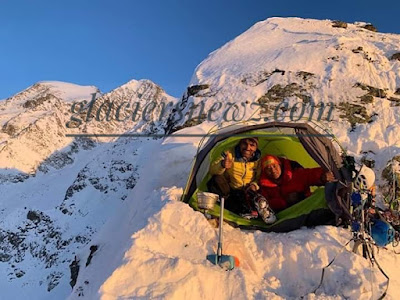 "I had some career failures after 2010, I tried to scale Broad peak in 2011 with Devi summit club which was a German expedition. We reached 7700m when clouds came in. I was alone fixing the ropes and breaking the trial. After waiting for some hours for the weather to get clear, the team leader asked me to return but I wanted to continue because we had the major part of the day and we were near to the summit. Then after some discussion, one person stayed with me and all others left. After trying for some hours we forced to return by harsh winds and falling stones. Similarly, I had some more failures while attempts to summit Broad Peak and K2  in 2012 and 2013 respectively. Coming years were also not good for my mountaineering career as in 2014 a K2 expedition failed, also a winter expedition to K2 in 2014-2015 also failed. Followed by all these failures, finally, in 2015-2016 I went to Nanga Parbat with my team
We were pretty much aimed to do something big, All of us were very well experienced, acclimatized, and motivated. On the 24th of December, we reached Nanga Parbat base camp where Tomek and Elizbeth in one team, and Simone Moro and Tamara Lunger in another team joined us. They were trying on different routes. Another team led by Adam Belickey was already there, He was trying to go in Alpine style but could not make it to camp 2 of Nanga Parbat. I was selected as the team leader of both teams, I then selected two rope fixing teams. Nardi went with Belickey and I went with Alex. Team 1 first went to fix the ropes and after two days we left and reached camp 1, where Nardi and Belickey came back from camp 2 because they got injured while fixing the ropes Adam had to quit his journey due to his severe injury. Nardi got angry and blamed us for Adam's accident giving the reason for the rope to be not of good quality and he posted some controversial stuff on social media which created a tense situation in base camp. After sorting out the solutions to the problems fortunately everything became smooth. I, Nardi, and Alex continued our rope fixing mission. I and Alex reached but Nardi did not come, I went to see him because he had some of our necessary stuff like our tent. I saw that he was still in the Kinshofer wall. He was hanging there full of anger. It was really difficult for me to cool him down because he was red hot angered. He threw down a 200m rope, handed over the tent to me, and descended to the base camp. We spent that night at camp 2 and the next day started to fix the remaining rope as we had a shortage of rope after reaching that specific point. So we could only fix to half of camp 3.Then we decided to go back to base camp where Simone and Tamara Lunger joined us. We made two teams Tamara joined me, Alex and Simone were in a team. So the rope fixing mission was resumed. We finally had some hope to push the summit as we reached camp 4 very safely without any problem. We left camp 4 at 05:00 AM, near the summit I took a short route but that was much steeper still I managed to reach the summit one hour before others and I sat beside a rock to keep myself safe and to give myself shelter from the air. After 45 minutes I went down to see them. I went 100 meters down and then went back again to summit with them. Tammara could not make it to the summit because of tiredness and fatigue. I left the summit right away to help Tamara get down to camp 4.Next day we reached base camp and got the honor to become the first-ever mountaineers to scale Nanga Parbat "The Killer Mountain" in winter."

After this successful attempt in a winter expedition to Nanga Parbat in 2016, I got really good media attention as well as I got a really career-changing exposure because of which "Alhamdullilah" I am now pretty much contented and satisfied with my career and life. After Nanga Parbat's winter victory I scaled
At last, I must extend my heartiest thanks to Pakistan Army for the support I am having regarding my career and I thank them from the core of my heart to sponsor for my expeditions whenever needed. 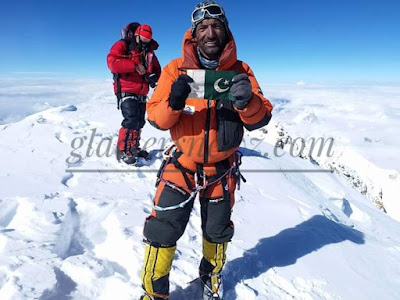 Other Mountaineering Legends From Pakistan, Skardu Particularly From Sadpara Village

Muhammad Ali Sadpara along with Jhon Snorri and his son Sajid Ali Sadpara is on a mission impossible that is the unconquered K2's summit in the winter season. Ali Sadpara and his team's mission is on and according to the latest updates they have reached camp 3 of K2 fixing the ropes. We wish them really good luck with their success.