I drove to the Meysan Lakes Trailhead from Reno Thursday morning. I arrived at the trailhead in just over four and a half hours including three brief stops. At the trailhead, I applied sunscreen, laced up my shoes, placed my food and toiletries in a bear box and began hiking up the trail towards Meysan Lake. The trail passes through a campground and some private homes, but is well-signed and easy enough to follow. Once on the trail proper, I passed six people all hiking down. Once the trail reaches the elevation of Little Meysan Lake, it becomes harder to follow, but is well cairned. From the lake I started climbing snow to the broad plateau between Mounts LeConte and Mallory. 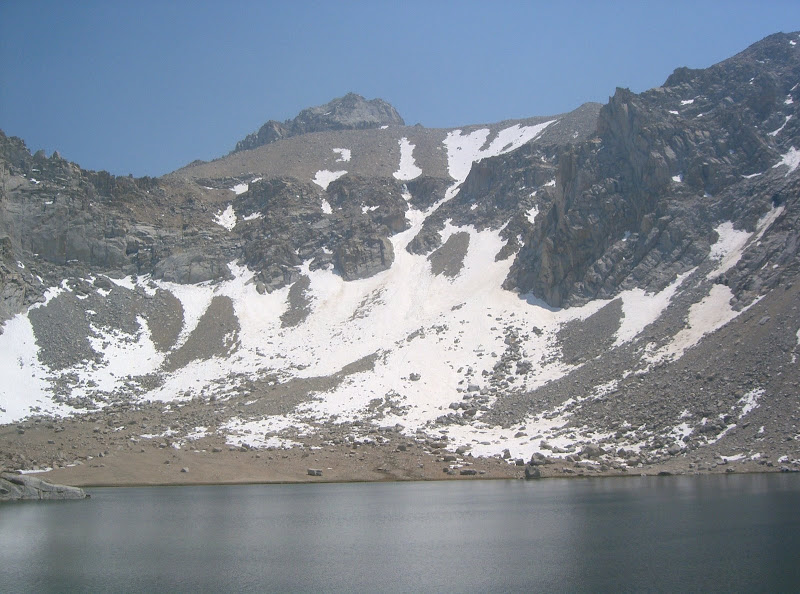 I resisted pulling out the axe, but soon gave in. Higher up the slope, I resisted again putting on the crampons, but eventually succumbed. Once at the plateau, I headed towards the base of LeConte’s cliffs, descended the west-facing chute, traversed into the northwest chute and began climbing. The Waterfall Pitch was great fun on the ascent and probably took less than 10 seconds. I boulder hopped to the summit and enjoyed the views despite the smoke lingering in the Owens River Valley 8000’ below. 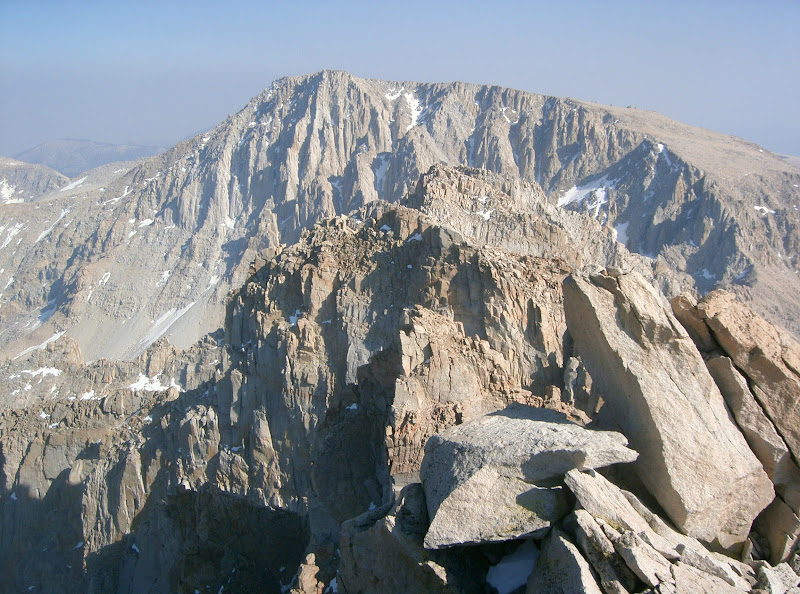 Mounts Corcoran and Langley, from front to back, from Mount LeConte

I descended my ascent route, but hesitated at the top of the Waterfall Pitch. There are no deep hand or foot holds and the foot holds that are present are impossible to see while descending. I had to wait a couple minutes to build up the courage to descend. This is the most difficult 3rd class scramble I’ve done. In addition, I’ve done easier 4th class scrambles. I strongly feel the Waterfall Pitch should be rated 4th class. 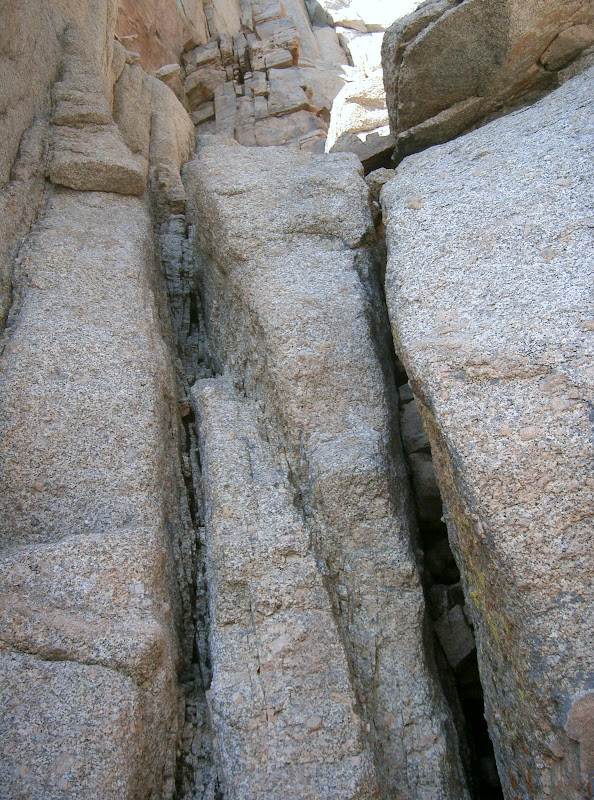 I continued down the remainder of the northwest chute, traversed into the west-facing chute, climbed it to the plateau and followed the ridge to Mount Mallory initially to avoid snow. I found a gap in the snow and continued straight towards Mallory’s east slope. I found some class three on Mallory’s east slope, but was probably not necessary. The summit provided a good view back towards LeConte and Langley. 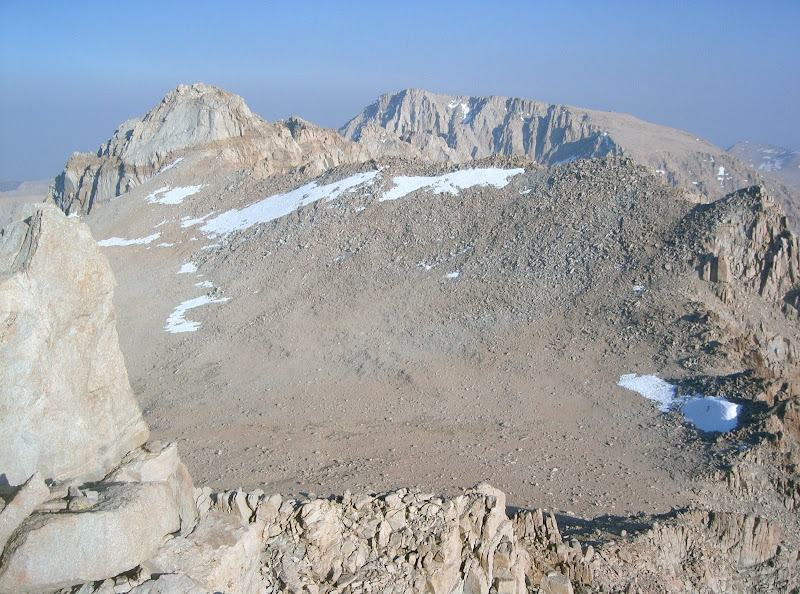 Mounts LeConte and Langley, from left to right, from Mount Mallory

I descended towards the snow slope above Meysan Lake. Once at snowline, I put on my pant legs, shell and gloves, then continued down the snow slope with ice axe in hand by side-stepping down. I then began glissading because it was easier, but soon felt it was dangerous as the snow became icier. So, I put on my crampons and walked down. Back at the lake, I took off my crampons, de-layered and descended back down the trail to the road.