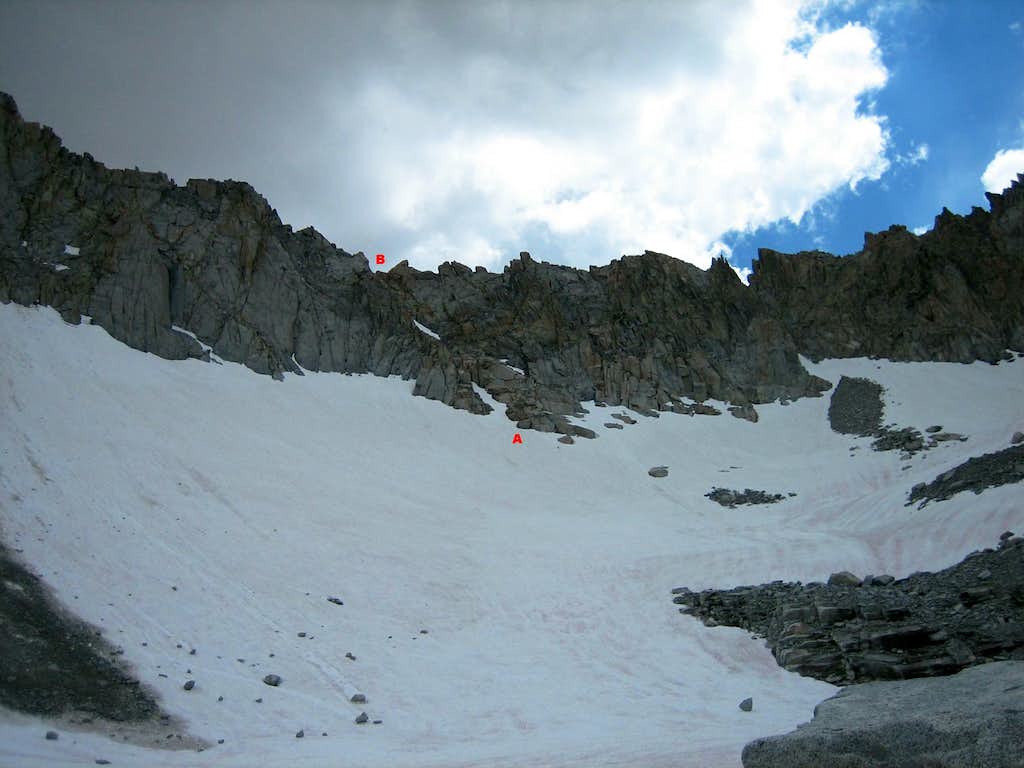 30-July-2006: West Ridge of Mt. Darwin - we descended from the summit plateau along this ridge, staying basically on the left side of it (behind the ridge in this picture). There were a couple of prominent notches along the way, but the route was marked mostly by ducks and was pretty much 3rd class.
This ridge stretches between Mt. Darwin (to the left in this picture) and Mt. Mendel (to the right).
'B' marks approximately where the descent off the ridge starts - it's fairly obvious when you get to it. There were several rap slings on the descent, which is somewhat spicy for 3rd class (maybe 4th in places ?)
'A' marks where we started down the glacier. The initial slope was a little steep, but by mid-afternoon it was soft enough that it did not require crampons (possibly icy in late season though or firm in early morning).
« PREV NEXT »

Thanks Romain ! Yes, while we were putting on our crampons we could see the clouds just over the Col. About halfway up the north face we could see clouds coming over the summit. But things stayed good until we were off the ridge and onto the glacier. By then drops of rain had started to fall very intermittently.

By 4:30 or so we were crossing talus above the lowest lake, heading back up to the Col when small hail started falling. Time to get out the raingear :)