No manky stuff on this rock! 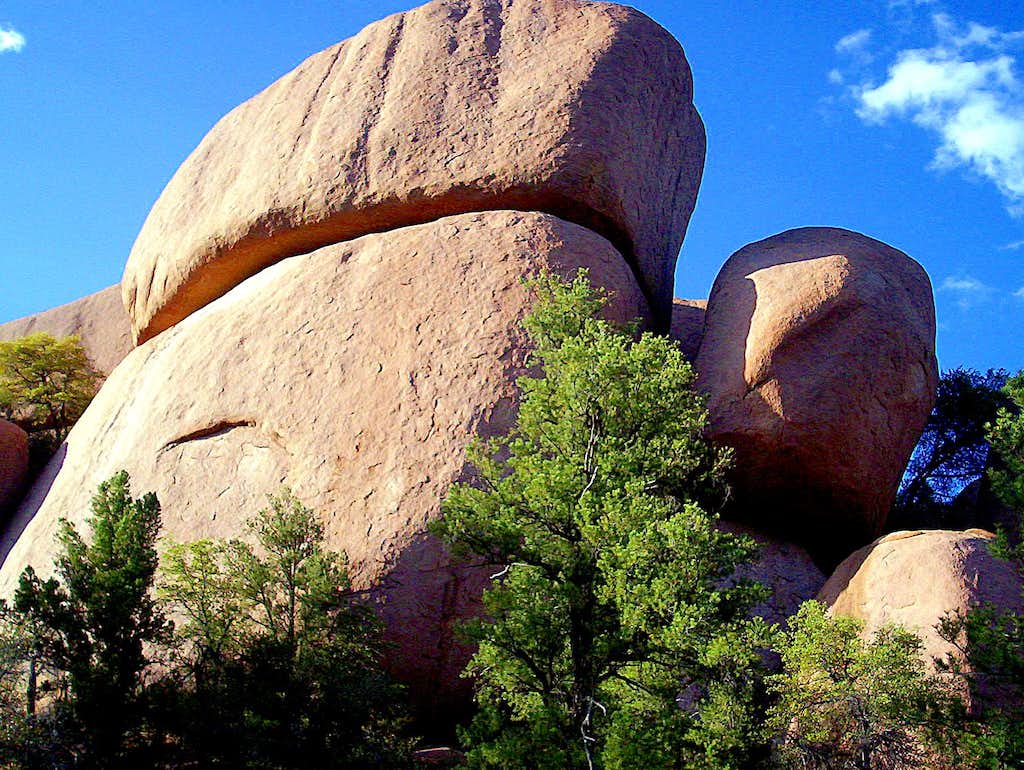 No mank - not a lot of hardware left on. Think a local bouldering group had named it, but I lost the link. I saw a Cheetos bag, pepsi can and cotton shirt laying on the ground near a "chock rock" on the opposite side. Actually, this is a massive jumble of eroded rock known as "Granite Dells group," just a few miles southeast of Payson. The remnants of the Stewart Pocket pluton, an igneious intrusion that cooled underground, and was later exposed by tectonic activity and eroded into a rocky ridge. Nice rock, and it was so clean! I will be returning to this area for more pics! The high point along the ridge lies to the north beyond this 100' high boulder. This is located in central AZ, and the rattlesnakes will be appearing soon. It was Class 2 scrambling up to this point. May 5, 2008
« PREV NEXT »

Yeah, now that all the snow has melted,
you're not slipping each time you place
a foothold. This thing has a name, but
I can't seem to find the link. I need to
return, before the rattlesnakes take over!
Thanks for the kind words! - Larry

Impressive Rock With No Routes(Album)