No Snow on the Roof of Arizona? 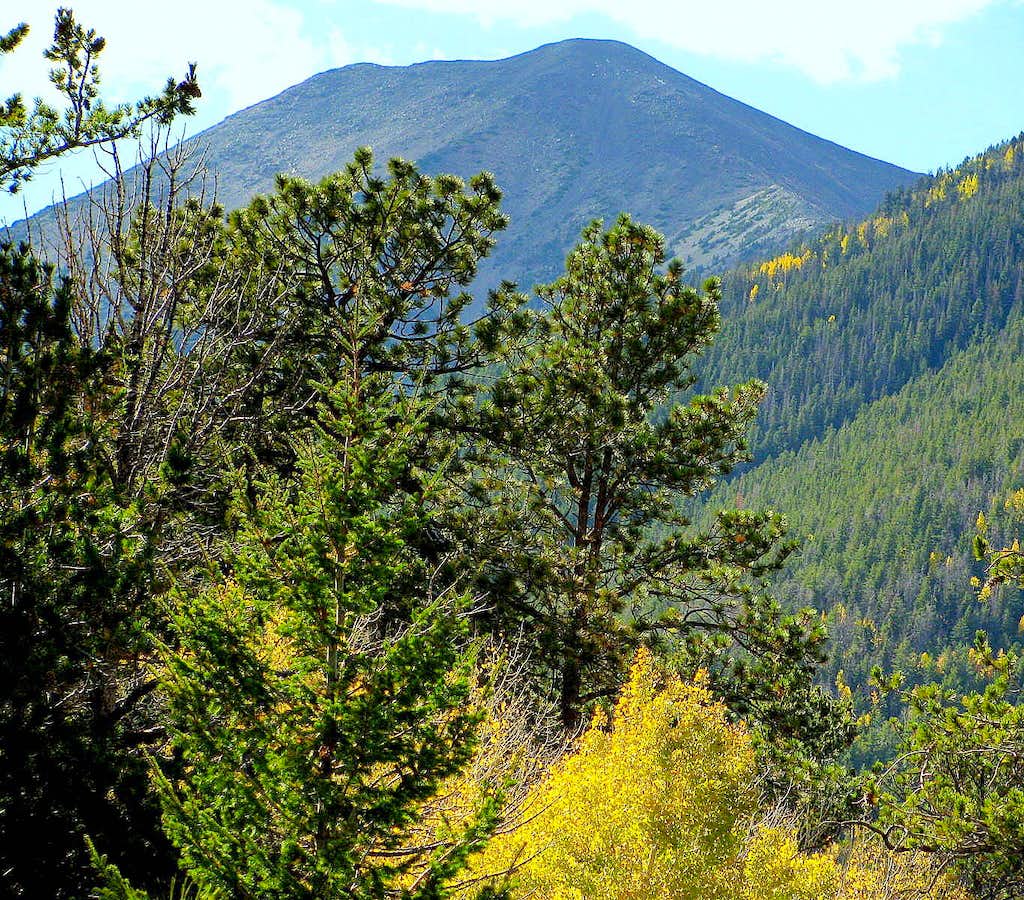 Eastern perspective of 12,637' (3852 m) Humphreys Peak, as seen from near the top of a 10,000-ft ridge approximately 1 mile east of the Waterline Trail and 1/2-mile south of Inner Basin. On this warm Autumn day, a stiff wind (from the north) was continuously blowing clouds over the Roof of Arizona. The San Francisco Peaks are actually remnants of a Pleistocene strato-volcano similar to Washington's Mt. Saint Helens. A lateral blast is known to have occurred on this side of Humphreys Peak. Today, the area contains luxuriant sub-alpine growth, including extensive stands of Quaking aspen, Ponderosa pine and Douglas fir. In this photo, you can see the 11,720-ft saddle to the NE of Humphreys, where the top of Beard Canyon meets the top of Abineau Canyon. Forest Service regulations prohibit hikers from hiking/climbing to the Roof of Arizona from the Abineau Trail and the saddle seen in this picture. October 14. 2009
« PREV NEXT »