Nooksack Tower is on the... 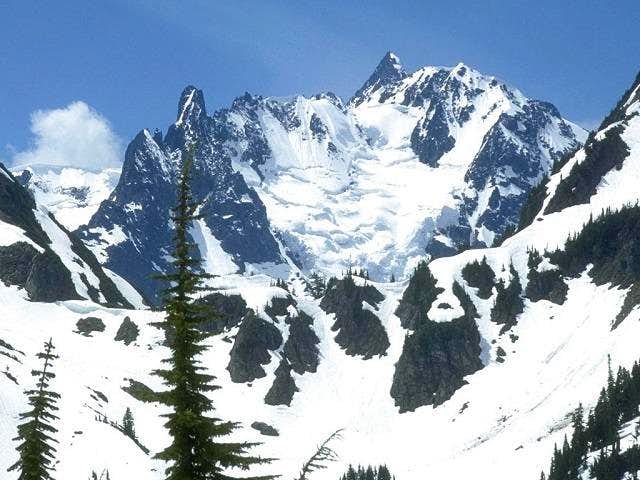 Nooksack Tower is on the left, with Shuksan's summit pyramid right of center, towering above the plunging Price Glacier. Viewed from NE on the slopes south of Hannegan Pass on my ascent of Ruth Mountain. June 1997.
« PREV NEXT »

Thanks Dave! This was June 1997, a week after I summitted Shuksan. There must have been even more snow in June '99 since that's the year the world snowfall record was set at Mt. Baker, if I'm not mistaken. I know I had never seen as much summer snow in the Cascades as there was that year. -Bob