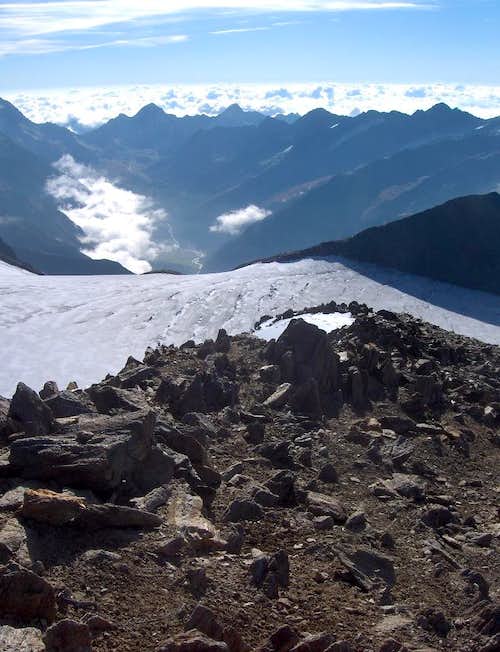 Similaun summit view to the east
The Similaun west ridge is a short and easy glacier route. It is perfect to introduce people with little or no experience to the thrills of glacier travel. It lies right at the edge of the big glaciers in the southern part of the Ötztal group, and on a nice day, the views are fantastic. 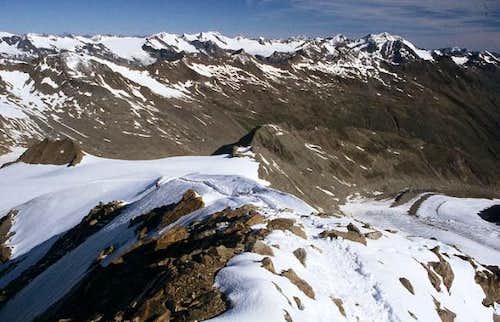 Summit view towards the Wildspitze (on the right) 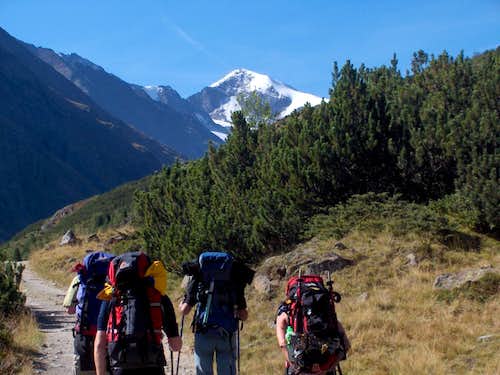 On the road from Vent to Similaun
The west ridge is calling our name!
The route starts at the Similaun Hütte at the Niederjoch (3019m). This historically important high mountain pass can be reached from the north  from the Austrian village of Vent (1900m), or from the south from the Vernagt Stausee (1690m), an artificial lake at the end of the Schnalstal valley. 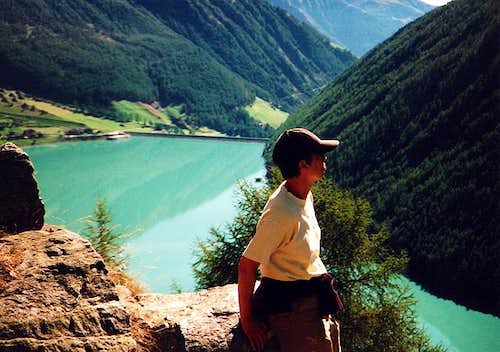 Vernagt Stausee
Of the two, the approach from Vent is longer but decidedly gentler: it's about 12 km for the 1100m ascent, whereas from the Schnalstal it's about 5km for 1300m.

Both Vent and the Schnalstal can easily be reached by car and by bus.

OSM Route map - note that the route on this map is the variation that follows the rocks much longer. 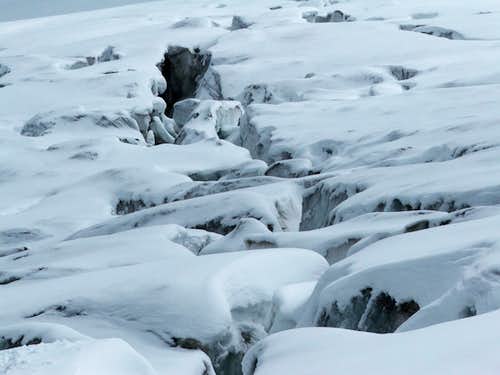 Snow makes it dangerous, as these partly hidden crevasses on the Niederjochferner show 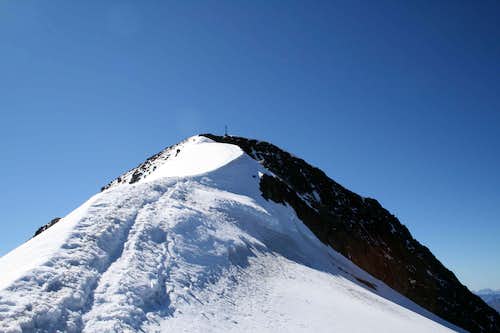 Last few meters to the summit 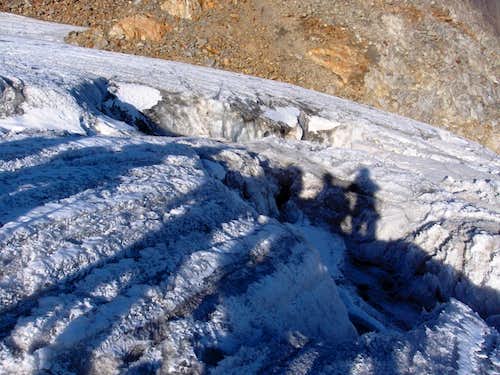 Without snow it's different, as the danger is easy to see now
From the Similaun Hütte first head south to south east, towards a gentle ridge. Very soon the route turns towards the east and leaves the ridge. From here the route continues eastwards on the gentle slopes of the Niederferner glacier. A rocky outcrop lies south of the route, at around 3200m (46.7685°N / 10.8653°E). When just north of the outcrop, turn south, passing it close by on the eastern side. The Niederjochferner has some crevasses, especially in this area.

A variation on the normal route stays on the rocky ridge for much longer, and only goes on the glacier directly east of this outcrop - but I have no personal knowledge of this.

Either way, at this point you can see a rocky subsidiary, a few hundred meters to the southeast. That's the Kleiner Similaun (3363m)(46.7659°N / 10.8685°E). Head towards it, and pass it on the northern side. Continue to the southeast, and soon you are close to the crest of the Similaun west ridge. The route stays just north of the crest - the south face is rocky and steep. Only the final section of the route is a bit exposed.

From the refuge to the summit takes 1.5 - 2 hours, the descent about an hour. 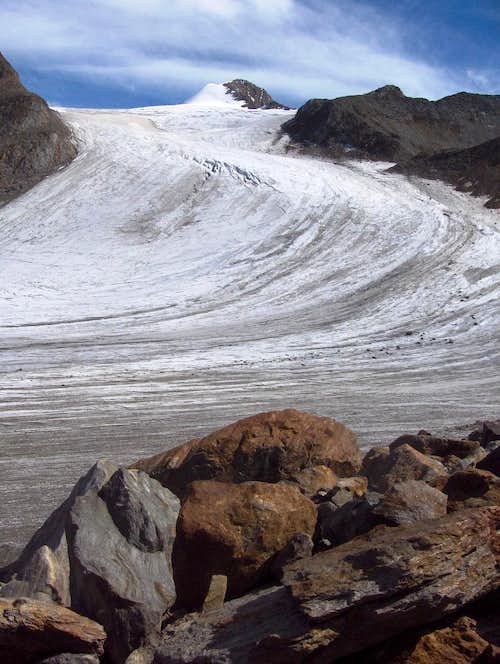 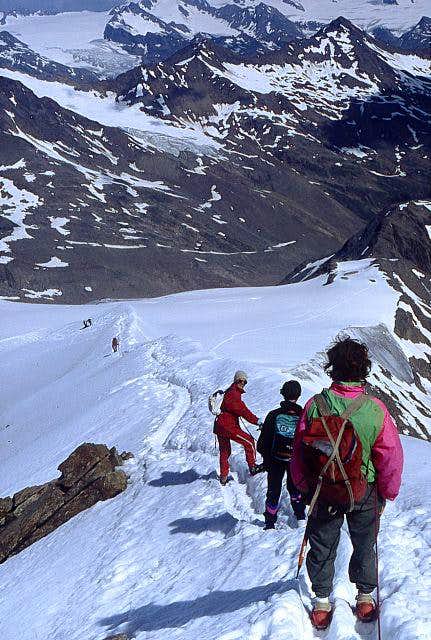 Descending by the normal route. August, 1992.

A video of the ascent by Petr Jakubes 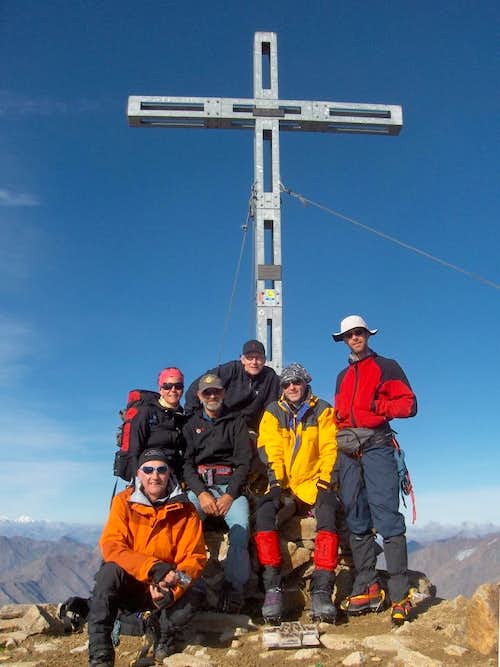 Everybody at the big summit cross