North Brother (on the... 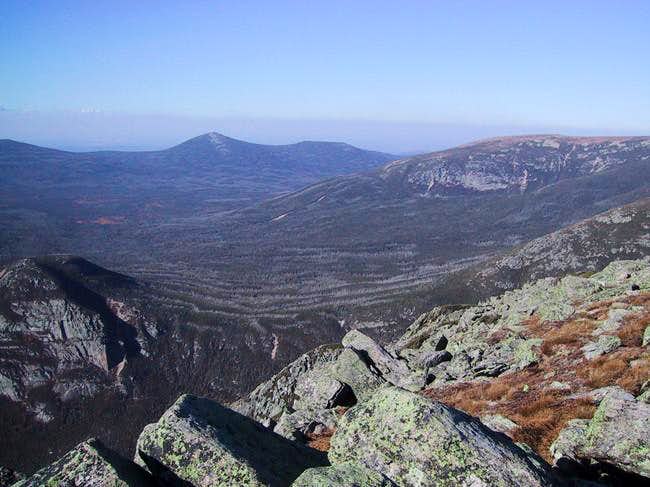 North Brother (on the horizon, left of center) seen from The Gateway (Mt Katahdin). The flat-topped peak just right of North Brother is Fort Mountain. Summit of South Brother is at left edge of frame. Left foreground: the Owl. That's the Northwest Plateau of Katahdin poking into view from the right.

Thanks to BobSmith for noticing the fir waves in the center of this photo. Along with South Brother, this turns out to be where the phenomenon was first noticed, by Caldwell in 1966 (source: Sprugel 1976)

This work is licensed under a Creative Commons Attribution-Noncommercial-Share Alike 3.0 License.