North Fork Ridge is a Utah dumpster diving peak. Although the views are great at times, you will need a little extra determination to scramble up this one. I am not aware of any trails on the mountain but I do show on the topo map where a trail could exist up the north ridge. My route below is certainly the fastest, most direct and least elevation climbing. Learn about dumpster diving peaks from Paul Klenke HERE 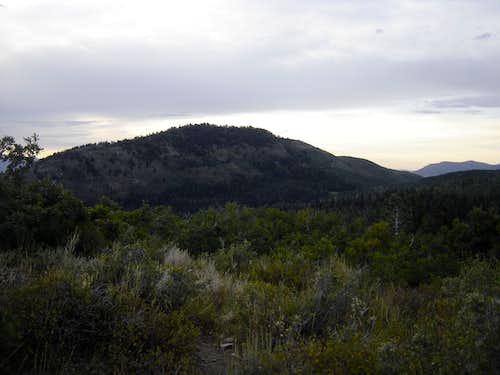 Take the Alpine Loop Road from American Fork Canyon, Sundance or Midway to the intersection where all 3 accesses meet. Just east of this intersection toward Midway, is a dirt road dropping to the right to an old corral. Adjacent to the paved road on the south side (crossing the dirt road) is a trail. There is room for one car next to the trail, other spots are around. 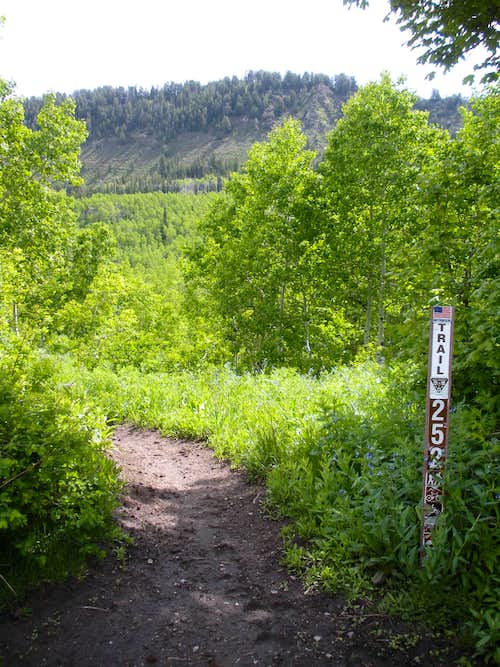 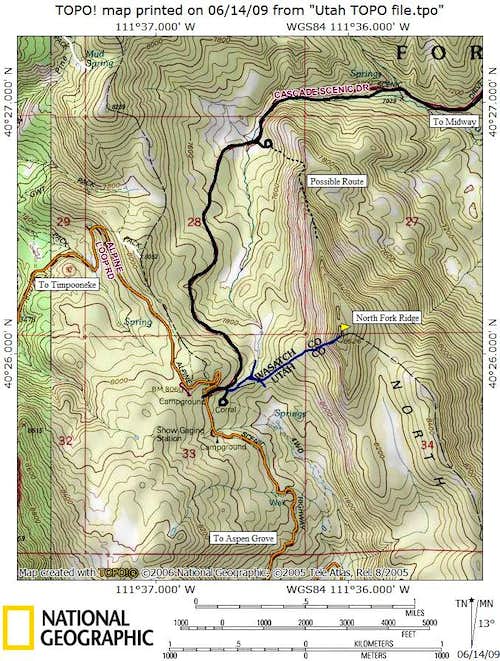 Start down the trail as it does a small switchback. Within a few minutes you enter an open meadow area. Look for a faint trail going into the aspens to the right. I didn't see any bicycle tracks but horses definitely use this minor side trail. Follow the side trail a short distance until you reach the highest point, a minor saddle and the Wasatch/Utah county line. From here, I followed the county line east as it climbs to the base of North Fork Ridge. The brush under this aspen forest never got too bad but it had just rained so I was soaked in minutes. When the base of the ridge is met, the hillside opens up to some very ugly looking brush. After a few attempts to find a game trail, I gave up and pulled my way up the brush. The hill is steep but the brush is under four feet and makes great hand pulling. Surprisingly, the brush thinned out after only 100 feet and the rest of the scramble was mostly brush free. Near the summit the forest re-emerges and blocks some of the views. Coming down revealed that staying a bit to the north (to the left of the rocks) has less brush and several game trails. The top doesn't offer much of anything. 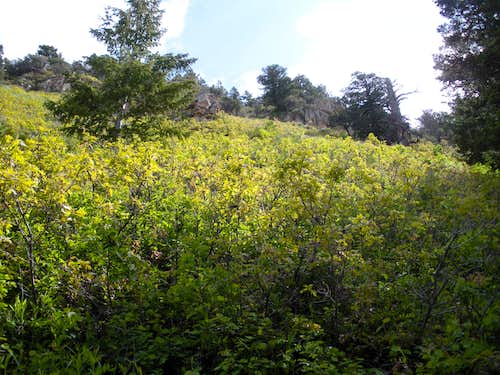 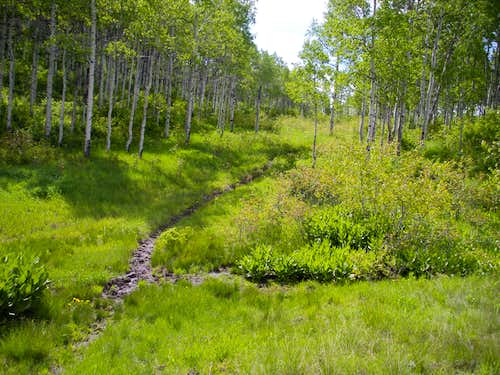 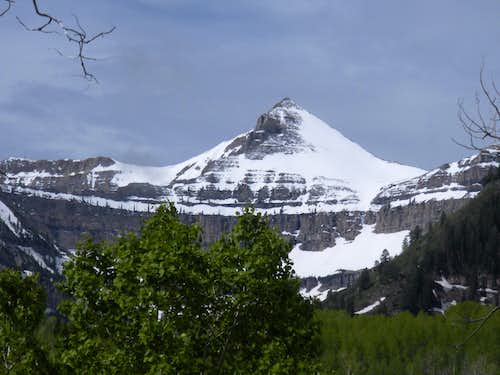 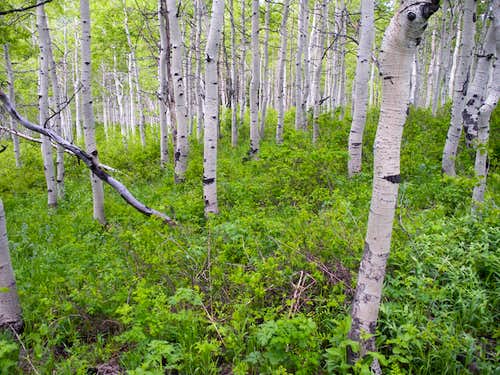 Aspen part of the route 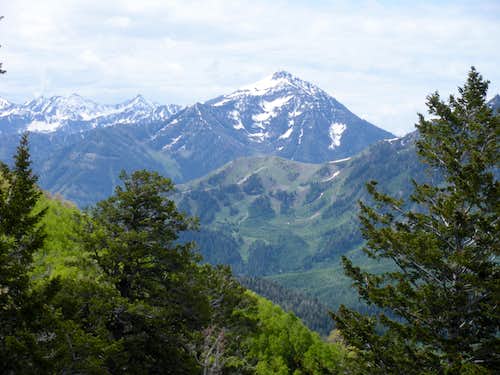 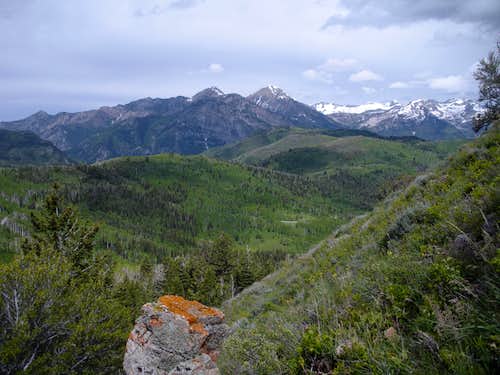 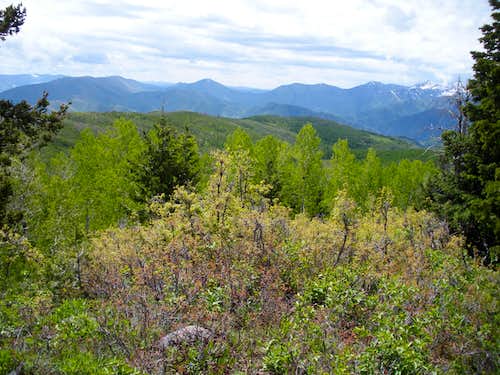 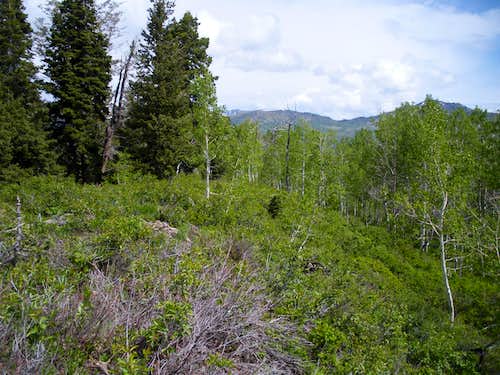 The summit in trees looking north