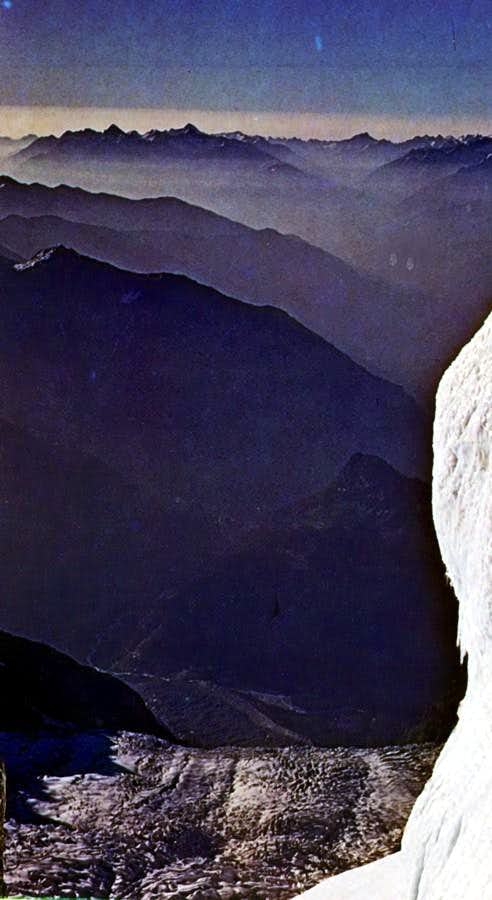 Northern RANGES Summary To Mount Blanc on Eastern Face "You can not go to climb the Brenva without even an ice screw. And we did not have. We wanted to make the Major Via, but the temperature who get up and go back Australians who make us fall back on the Spur. Even Moore & Company in 1865 had no screws, and even no crampons. But they were much stronger ... " July 20th, 1969 Picture by Ilario Antonio Garzotto
« PREV NEXT »