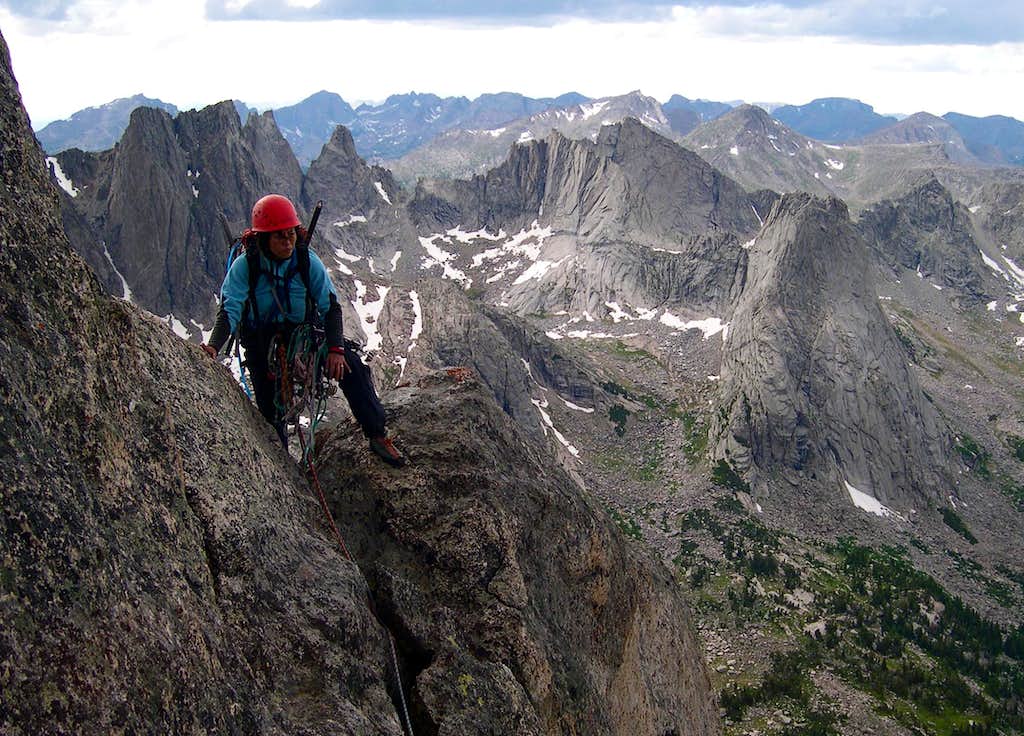 Shirley topping out on P6 of Northeast Face, Left route about 30 feet below the summit. A thunderstorm is moving in - it would strand us 500 feet lower for over two hours. In the background several Cirque peaks can be recognized including (from right) Pingora, Bollinger Peak, Wolfs Head (along with Bollinger, they look like a single mountain in the shot), Overhanging Tower (or Shark's Nose...not sure), Block Tower, and Watchtowers (August 2, 2004).
« PREV NEXT »

Shark's Nose is visible, just left of Overhanging and the waterstreaked col between them. I think Block Tower may be out of sight to the left of that, behind the Watchtower.