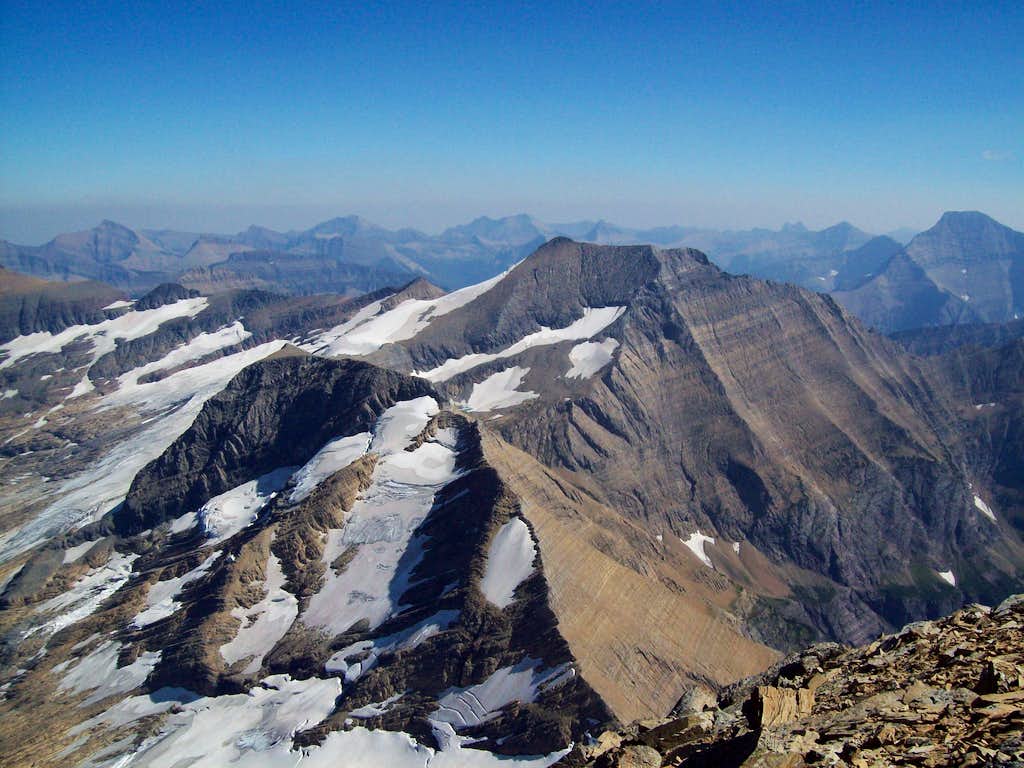 Looking mostly east and a little bit south from Mount Jackson along the Continental Divide. The closest point is unnamed Point 8884 which is surrounded by Jackson Glacier in front and Blackfoot Glacier to its north. Blackfoot Mountain is behind Point 8884. There are also a slew of other peaks to the east that are found in the Nayack as well as Two Medicine areas of the Park. The one most easily identified on the far right is Mount Stimson.
« PREV NEXT »