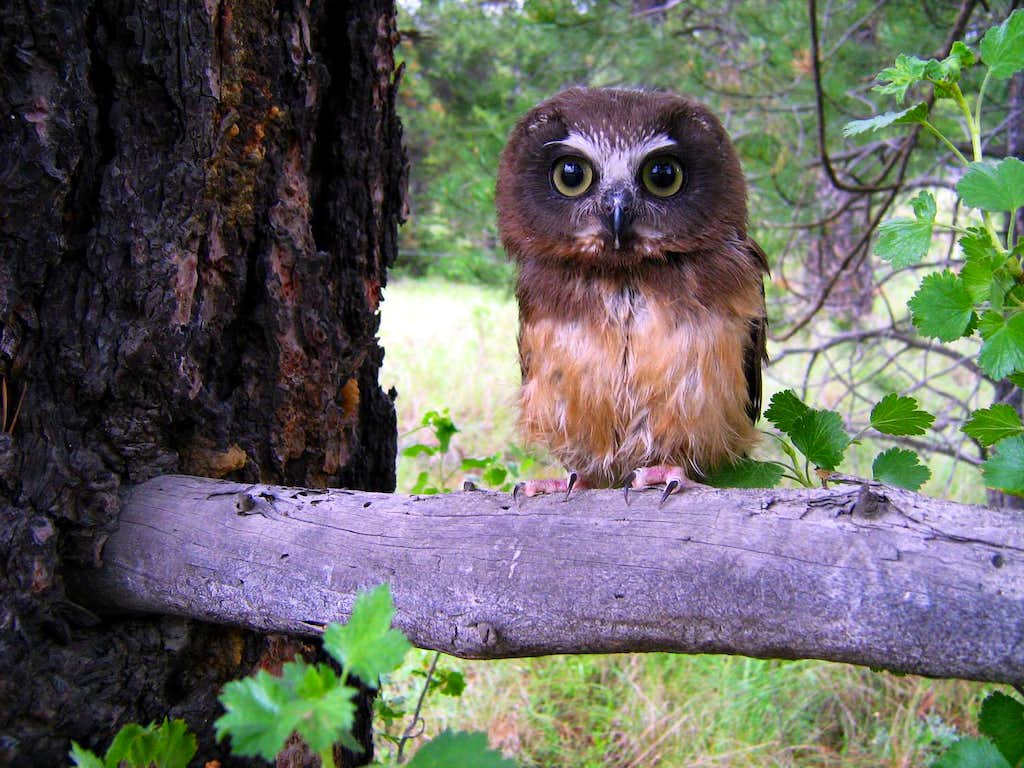 For the album 'Birds in the Mountains'. The Northern Saw-whet is a very small, short-bodied, Owl. The overly large head has no ear tufts. While these owls look small when perched in flight they appear larger because of their broad wings. Northern Saw-whet Owls are primarily nocturnal. The Saw-whet Owl's name comes from the "skiew" call that is made when alarmed. This sound has a resemblance to the whetting of a saw.
« PREV NEXT »

Where did you spot this guy? It looks as if you got surprisingly close (or did you have a long lens).

Yes, close and yes, telephoto. You've got some real nice wildlife images on your profile. Like the elk in snow. Nice work...

This is by far the best owl shot I've seen. It's amazing! Well done.

Thank you for your comment. Holiday wishes to you...

as long as you´re not a mouse I suppose!
Cheers

Thank you. I'm certain your correct regarding the mouse's perspective.

That is one excellent find!