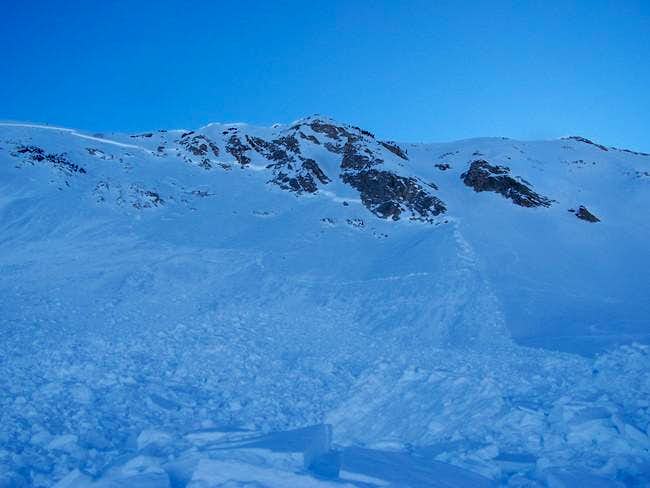 On January 19th, Red Baldy experienced a class-V avalanche during the january cycle that was brought down by explosives testing by WPG. 4-7' crown and more than twice as wide of a crown as viewed in this picture. 1-20-05 btw, the stauchwall is visible in the pic and the slide continued down for another 1000' vert or so before haulting w/ 20-40' deep debris piles.
« PREV NEXT »