One of the huge monoliths in... 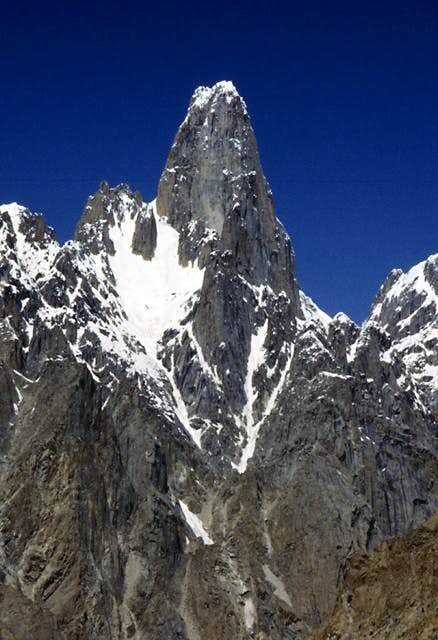 One of the huge monoliths in the Trango Group.
« PREV NEXT »

that is one sweet peak. In answer to the question you left on Browns Peak page...

A friend and I were camping by the Maroon Bells, and while we were eating lunch a bunch of these birds joined us. They were incredibly docile around us, first landing on our feet and legs to eat our peanuts and raisins. I put a peanut on my head, and sure enough one came along to collect its meal! I actually submitted that photo, here it is: Bird on head

You are doing a Great Job !!

If more photos and perhaps even a summiteer of any of the peaks in the central part of the group appears, I'll make changes for sure, but for now I think it's appropriate to have it as it is.

I really had forgotten to write more extensive captions to the photos on this page.