One of the most enduring... 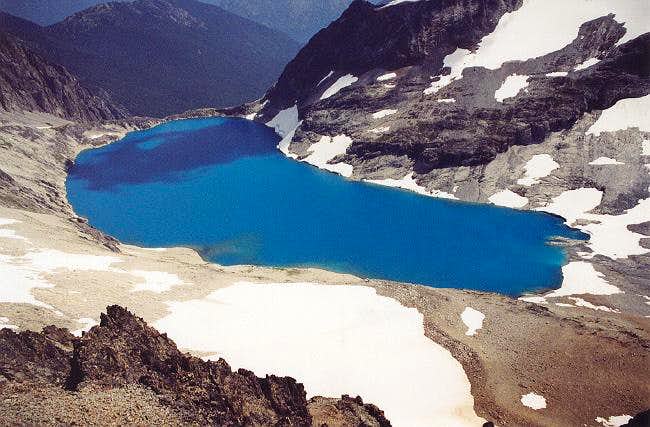 One of the most enduring memories you will have from the area is Silver Lake. It was first called Indigo Lake by the early explorers but owing to its high altitude (6,763 ft) it often remains iced over or teeming with growlers until July. I think it was a low-snow year when we visited. August 3, 2003.
« PREV NEXT »

...Back in 1828 there was a man who had a singular vision. He wanted to provide Americans with a book that they could use to better themselves. But he did not invent the book. Such a thing had been around for 300 years. He only improved upon it. His name: Noah Webster. The book: a dictionary....

...Back in the '70s there was a man who wanted the world to have easy access to information without having to look through books. So he invented the Internet. His name was Al Gore.

I would've looked it up in a dictionary first, wiseguy, but it sounded like a slang or regional term. But I looked it up at dictionary.com, and came up with four possibilities. I'm guessing it's #3:

3. Informal. A container, such as a pail or pitcher, that is used for carrying beer.

Nice exchange, you two. Great pic, by the way, growlers or no-growlers.

And from an angle very seldom photographed. Thanks.

It is a really wonderful Photo.