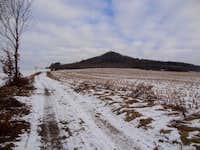 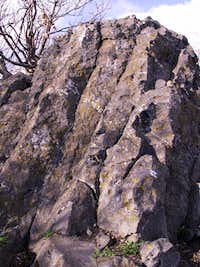 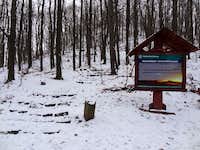 Nature reserve
Polish volcanoes ! Who would have thought ? Yes indeed, Poland has its volcanic region. OK, nothing like Stomboli, Teide or Etna, just remains of extinguished volcanoes, basaltic organs and chimney necks, a bit like the french Auvergne. Ostrzyca is what we call a dead volcano. It is located in South West Poland, on the piedmont of the Sudetes, in the region we call Kaczawa mountains. The full name is Ostrzyca Proboszczowicka as it is located near the village of Proboszczów (there is another Ostrzyca near Dalków). Ostrzyca means "sharp", just like its former German name, "Spitzberg" (whose etymology matches the real Arctic Spitzberg...). Ostrzyca is 501m high, but its prominence over the surrounding terrain is only of 120m. It is the volcanic feature of the Kaczawa region whose conic shape suggest the most explicitly a volcano, and due to this gave the local surname of Fuji-Yama of Lower Silesia. Despite a modest height, it is a splendid viewpoint, from where we get a panoramic view of the Kaczawa mountains, as well as pieces of the Karkonosze mountains here and there behind in the skyline. On the top itself, there is like a circular balcony carved in the rocks, in which five or six person can fit. Walking the summit rocks is worth doing, one can observe basaltic columns running parallel and falling on the opposite side of the summit. Some rare plants are found between the rocks, like Festuca Pallens, Hepatica Nobilis, or Allium Strictum, a remain of the glaciation ! For this reason the entire summit is a natural reserve (no rubbish, fires and so on...) 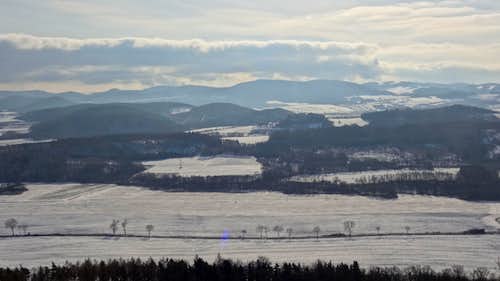 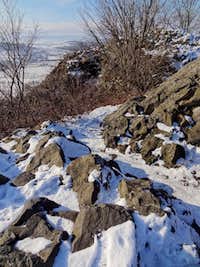 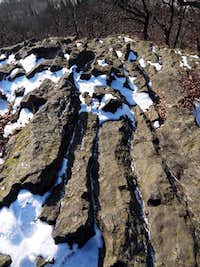 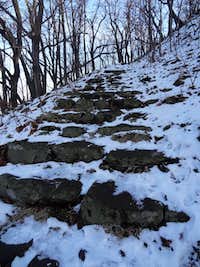 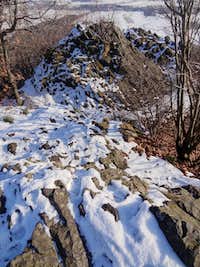 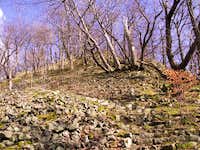 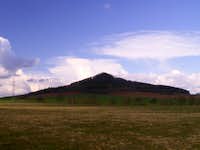 Seen from North
When leaving the A4, Proboszczów is reached most conveniently from the Legnica exit and then Złotoryja. If coming from the South (CZ for example), it is recommended via Jelenia Góra and/or Świerzawa.
Larger map 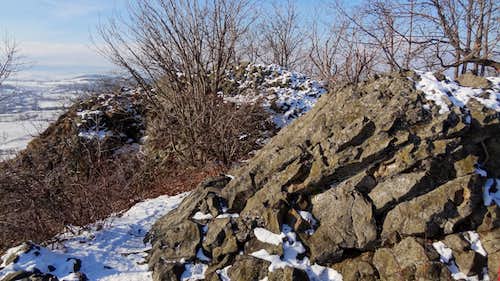 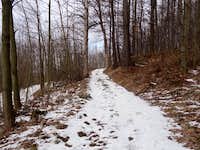 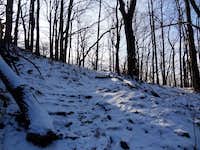 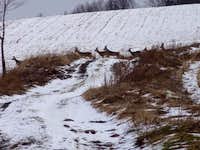 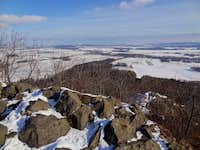 West view
It is possible to approach it from all sides, but the summit part is easily reached only by the steps that were build in the rock located on its north slope. The closest way to approach it by car is from the road between Bełczyna and Proboszczów. Near the spot where the road is the closest to the volcano, a track goes to it between two fields, and end into a terrain where cars usually park. A little forest trail cicumvents the hill and reaches the foot of the stairs. Another possibility is a little road going from Proboszczów to a second car park west from the mountain, from which the stairs are reached too. 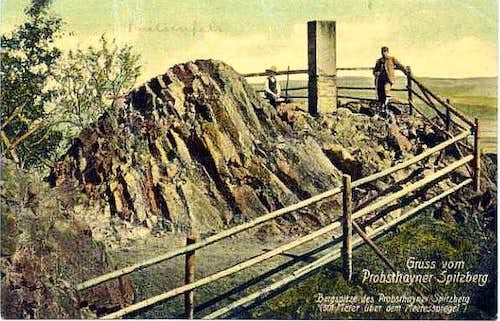 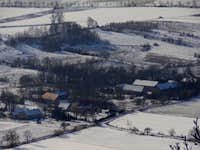 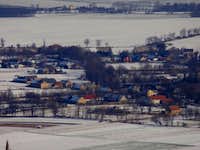 Proboszczów from the top
There is an excellent accommodation near Świerzawa to explore all the region: Villa Greta, known as one of the best agroutourism B&B in Lower Silesia. 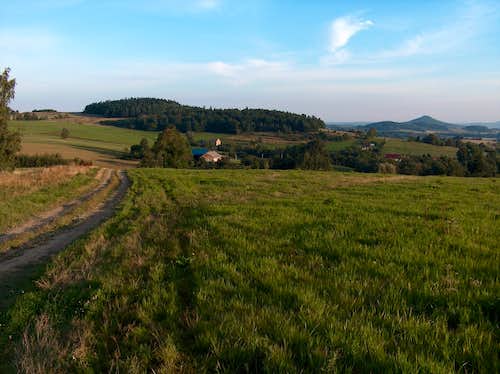 Fuji Yama in the distance

1 Ostrzyca is the highest hill of Pogórze Kaczawskie, which is not part of the Kaczawa Mts. but their foothills. 2 The height is 501m. 3 It's a volcanic neck rather than a "dead volcano". 4 "Ostrzyca Proboszczowicka" translates as "Proboszczów Ostrzyca", not the other way round. 5 Red Tape chapter? 6 Why don't you embed more of the pix?

7 I hope it'll look more like your Gromnik page. I've already cast my vote since there's no "under construction" label. 8 As to red tape, there's a nature reserve somewhere there.

The page is complete, you can now transform your sixs into sevens, your sevens into eights, eights into nines and... oh my god, no. Not a ten ! :D