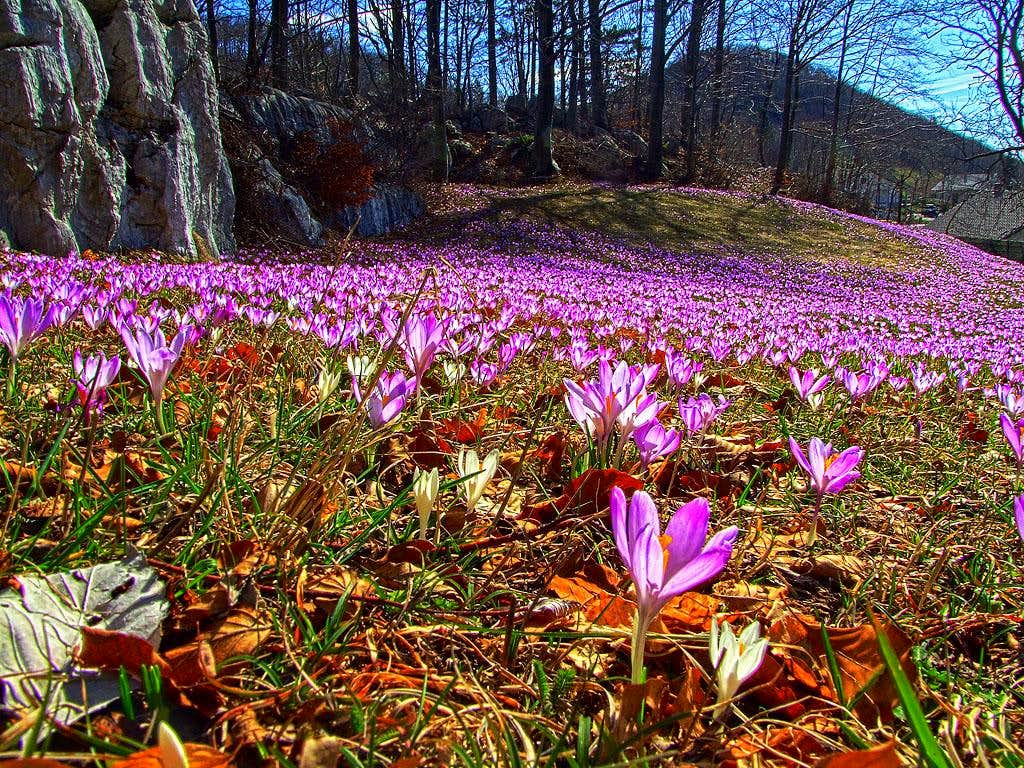 Is it spring yet, before having any winter? On the sunny terrace of Trnovski gozd, near Otlica, at the foothills of Mali and Veliki Golak. March 4th, 2007.
« PREV NEXT »

color. Saturation is very good; but it helps to have a saturation adjustment on your camera. I think you did a great job on this one. It is very showy and ALIVE! -LARRY

Re: A wonderland of

Thanks, Larry! Yes, I agree with you that saturation is too strong. But it's not because of camera adjustment. The picture is done in HDR technique, where you must manage the saturation afterwards, on your computer. As it depends also on your monitor, I got different results on different monitors.
Cheers!
Vid

This photo takes my breath away!

The color and the composition are so impressive! Really thanks for sharing.
Wish you all the best in 2010!
Kenzo

Re: This photo takes my breath away!

Thank you, Kenzo! Composition is probably not so special, at that time I had only a little, 20 cm tripod, so every picture was taken almost from the ground, ha, ha.

Also to you and your dearest a very happy new year!
Vid

i forgot to say: That is by far your best shot of the whole 4863 you got so far here.
I wish some day i can take such great photography! I mean that!
Best wishes
Paulo

Oh, thanks again, Paulo :)
I like this one too. First, I was happy to spot this scene - the whole meadow was covered with flowers. The rest was not so difficult. I had to avoid other objects, I had to direct camera against the sun (flowers are more vivid in such light) and I took 3 pictures with my small tripod. At that time I was much experimenting with HDR images. That enabled me to get more saturated and vivid colours. A little Photoshop work too, I must admit, not only a beautiful nature.

As your photos are also great, I would say that you already have some which can be a match to this one. And peoples' tastes are so different.

how beautiful this photo is!
Bravo, Vid,
Many cheers,
Marc

Thank you, Marc! This was one of my erly HDR pictures. That added a bit to colour vividness, but at the end it was only a matter how to capture this nice meadow. It's interesting that this year we passed by end of May and there was no sign of these crokusses.

This is a ridiculously good shot Vid!