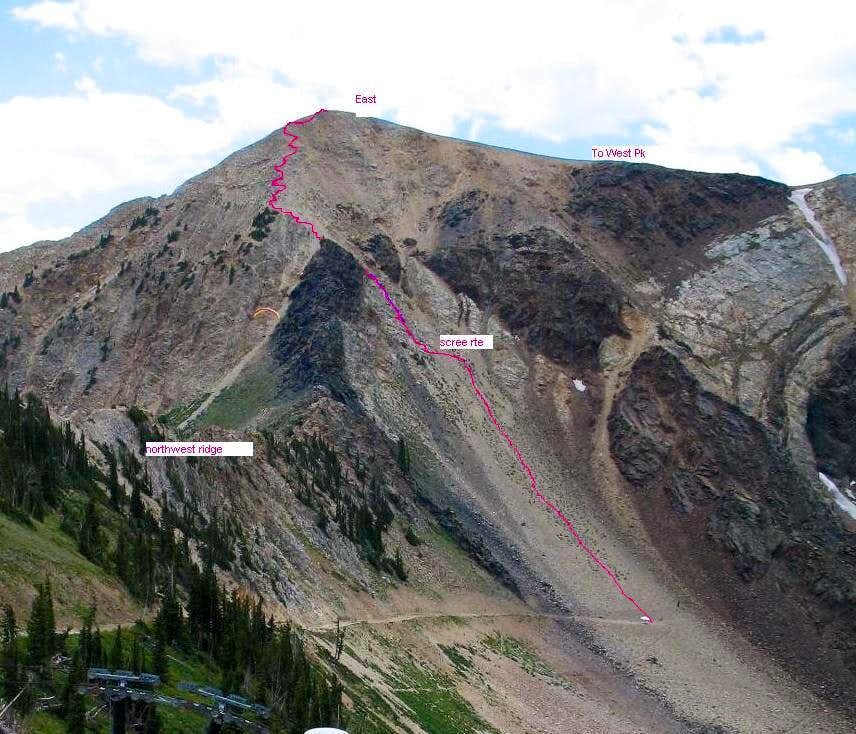 ...from our climb of West Twin went back over East Twin and dropped down the ridgeline as shown in red. Then we dropped down a scree chute onto a scree slope as shown in this pic by the continuation of the red line. BTW, if you enlarge the pic, you will see a paraglider just to the left of the black rock area of the ridgeline. He launched from Hidden Peak and had a great ride. 8-19-06
« PREV NEXT »

Wonderng why you would go down that steep scree. It looks miserable.

Actually it wasn't bad. We saw another guy ahead of us doing it and we just followed suit. It was fast and worked well for us.