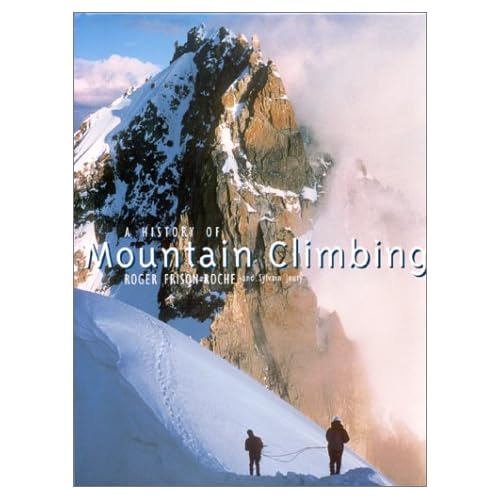 Beginning with the first conquest of the Alps in the eighteenth century, the drive to scale the world's tallest peaks has inspired generations of amateur and professional climbers and explorers. In breathtaking illustrations and an exciting, accessible text, Roger Frison-Roche and Sylvain Jouty bring the history of mountain climbing vividly to life. Mountain climbing began in the Alps, and the first section of the book reveals the achievements of the hardy pioneers who took on such imposing natural wonders as Mont Blanc in 1786 and the Matterhorn, whose peak was attained in 1865, but whose treacherous north faces not before 1931. The discussion of the Alps concludes with a look at how the development of increasingly sophisticated equipment has transformed Alpine mountain climbing today. The second section focuses on the other mountain ranges of the world. Particular emphasis is placed on the Himalayas, from Sir Edmund Hillary's conquest of Everest in 1953 to great contemporary expeditions. Supplemented by biographies of fifty of the world's most celebrated mountain climbers and a detailed chronology, this thrilling chronicle of the triumphs and defeats that have marked the history of the sport will appeal to mountain-climbing enthusiasts and anyone who loves the great outdoors.

I like it!
One of my best books. The history of mountaineering from the ancient up to now.