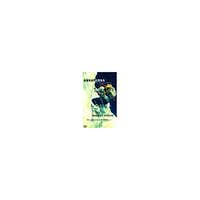 (From the back cover)
Even now, when the tree great giants, Everest, K2 and Kanchenjounga have all been climbed, mountaineers the world over look back on the conquest of Annapurna as a milestone in man's undaunted quest for adventure in the field of exploartion.
In this book, a world best seller, Maurice Herzog unfolds the epic story of how he led his successful Himalayan expedition on that wild dash to the summit of the first 25,000 foot peak ever to be climbed. With all the pace of an exciting novel, he describes the lightning exploration of Dhaulagiri, which delayed the start of work on Annapurna, and of the final assault hurried through before the oncoming monsoom. Only after the book is closed will you perhaps ask yourself whether it was wise to attack a mountain of that height in such a hurry; or what pills were taken by the Summit pair, and was it because of them that they were not roped at the top? Most people, however, will be content to salute the astonishing achievement of which this book is a record.

About the author
Maurice Herzog became a mountain climber for a reason he considers obvious. "The mountains were there," he says, "and so was I." By the time he was eighteen he had tackled some of the highest peaks in the Swiss Alps and the Dolomites. In 1935 he was made a member of the Alpine Club. During the war he served with the Chasseurs Alpins.
Mr. Herzog dictated this book from a hospital bed where he spent three years after his return from Annapurna recovering from frost-bite.

Enjoyable read
I agree with stepho. A great read, and one of the first mountaineering books I ever bought.

classic
An enjoyable, but a little drawn out read. Some of the info has been questioned by other members of the team.

A bit of a disappointment, or so I thought
The book was a little slow to start, but I went in with high expectations. As others have said, the book was drawn out, but maybe on purpose? It is easy to forget just how long expeditions used to take, and can still take. By providing such a detailed account, the authors really build a bond between reader and characters that makes the climax all the more of a page turner.

That said, for such detail, parts can be really confusing. At times characters disappear to explore side-routes or alternatives but come back from some seemingly random other trip. The most valuable addition possible to this book would be a map: there isn't one in the book, so get a good topo map and try and map their trip as you go through the book.