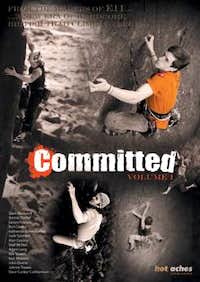 Featuring Britain's best rock climbers, plus top overseas visitors, Committed packs in over 200 'E' points of action: The hardest and most dangerous ascents that have been grabbing the climbing headlines across the world.

It examines the diversity of climbing style and locations that together, make the British Trad scene unique and respected around the world.

From the sea cliffs of Scotland, to the gritstone test pieces of England, to the mountains in Ireland and Wales...

Consistent is one theme: Committed.

Some of the highlights include:

* Dave MacLeod 'after E11' - on a mission to climb all the hardest routes
* World class boulderer, James Pearson, turns his attention to hard trad, coming away with some big repeats and then the ultimate prize- the first ascent of grit stone's hardest route
* Canada's Sonnie Trotter visits Scotland to try Rhapsody E11
* Australian Ben Cossey rips it up on the grit
* Germany's Jude Spancken - onsighting hard mountain trad
* Katherine Schirrmacher on hard grit
* Adventure' first ascents of the sea cliffs of remote islands
* Plus much more including special appearances from Johnny Dawes, Nick Dixon and John Dunne

Great Film on Trad climbing
I really enjoy trad climbing films. This film has excellent footage of some really hard climbs. It not only focuses on hard new lines, but also very difficult classics that have not yet been repeated. I really enjoyed this film and recommend it highly!