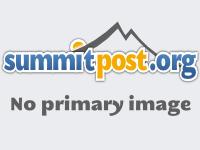 A four-person, extremely roomy teepee shelter, the time-tested and popular Megamid weighs only three and a half pounds and can be pitched over a snow-pit or rocky ground where other tents couldn’t dream of going. A net-covered vent at the top of the door encourages air flow while weather flaps around the door increase the Megamid’s storm resistance. The optional, detachable floor has been constructed using waterproof fabric and it attaches with a button-and-loop system. Use it anytime you need a waterproof floor or just a little added protection.

Untitled Review
Well when i first used the Megamid i was like, yeah right this might be nice in the summer, but what about when it rains? What do you do when it snows?! Don't things crawl in through the floor?!

Going with a teepee setup is pretty cool as it provides a lot of room. However, if you're doing a mountaineering trip you'll find that with your gear and your partners gear it becomes a 2 person tent IMO. Definatly 3 people if you hang it from a tree. With no gear it can easily sleep 3, 4 if you don't like to move at all or have your room

The Mid is versatile as it sets up quickly, is lightweight, small and can work with a trekking pole, included pole, stick or hang it from a tree. It fits over obstacles easily. As for holding up against the wind it's pretty sturdy though it will be loud (flapping) and it helps to have good anchors, obviously. I've used this tent in the mountains, in the desert, and everywhere in between, it's great even in the snow.

My first and last time using a Megamid in a snow storm
I know a lot of people love this tent. I can see why--it's roomy and light. I agree with illegal smile's opinion that the Megamid becomes a two-person shelter if your gear is inside with you.

I've used the Megamid for a total of five nights. Once in cold, dry conditions, once for two nights in cold and extremely windy conditions, and on a backpacking trip a few days ago where the conditions were very windy on one night and very snowy the second. The Megamid performed well in the pristine, still and cold conditions that we had the first time we used it, but poorly in the wind or snow conditions we had.

If you travel without a floor for the tent (duh) and there's no snow, expect to get sandblasted with dirt all night long and slammed on the head with the tent wall every time there's a strong gust of wind. The noise this tent makes in windy conditions sounds like a drunk percussion ensemble. The alternating buzzing, ringing, booming, slapping and other vibrating sounds made sleep completely impossible even with ear plugs. I chose to sleep outside of the tent and felt kind of silly having brought the tent along. We did have the tent staked down securely to minimize flapping, but it's much louder in the wind than any tent I've used.

A few nights ago I experienced a snow storm while using this Megamid. I was happy when the snow began to build up along the base of the tent. "This is what this tent is made for!" I thought. I went out and packed the snow along the base of the tent to seal out the elements. The snow fell quite rapidly--we got at least eight inches in six hours--and there was no wind. The snow was light and fluffy--definitely not Sierra cement!

There were three people in the tent, including myself. It was very cramped in there with our backpacks in there with us. Condensation formed rapidly in the tent. It built up to such a degree that movement was impossible if you didn't want to get wet. Bumping the support pole, or tapping the wall of the tent created a shower of water. We were soon absolutely drenched--sleeping bags, hats, shoes--everything was wet. The tent walls soon began to stretch and collapse, requiring us to get out every thirty minutes or so to clear away the snow that was sliding off the tent walls. It took hours to fall asleep with ice cold water dripping on my face from the tent walls.

I woke up in the middle of the night hyperventilating and feeling like I was suffocating. The walls of the tent had collapsed over our faces. I got out of my bag to find the no-seeum netting vent had a film of water over it. There was no ventilation! We went out and cleared the snow away from the base of the tent again, which is to be expected in such a storm, but I really did not like how the tent sags in over your face when it snows. Drying off the vent netting and inner wall of the tent was impossible--everything was just too wet.

By this time it had thankfully stopped snowing. I shoved a water bottle between the ground and the base of the tent so I could get some air. I checked it constantly during the night to make sure the hole wasn't blocked. I would have stayed awake the rest of the night if it had continued to snow, afraid we might suffocate.

The tent would be more usable in snow storms if it had more vents--perhaps two on opposite sides of the tent to facilitate air flow. The single, small vent is highly ineffective. That this single vent became completely blocked from moisture accumulation, well, I'm never using this tent again in wet weather.

By the fourth night of using the Megamid, one of my partners noticed the tent had begun to rip at the top where the seam for the pole reinforcement is. The fabric was pulling apart. We did not abuse the tent. We staked it down securely and would dig a hole for the support pole if the fabric seemed overly tight.

I'm trying to imagine what kind of conditions this tent would perform best in. Bug-free, windless weather would work well, but I'd rather be sleeping under the stars if the weather is that good. It would be good as a base camp tent for spring skiing as long as you dug out a deep floor and the weather was perfect...

After this experience, I'm only using sturdy double-walled well-ventilated tents for snowy weather, or digging a snow cave. I'd be willing to carry the weight in exchange for a better night's sleep. I can't imagine what it would have been like if it had snowed a few feet or more while using the Megamid, or if the snow had been moist and heavy.