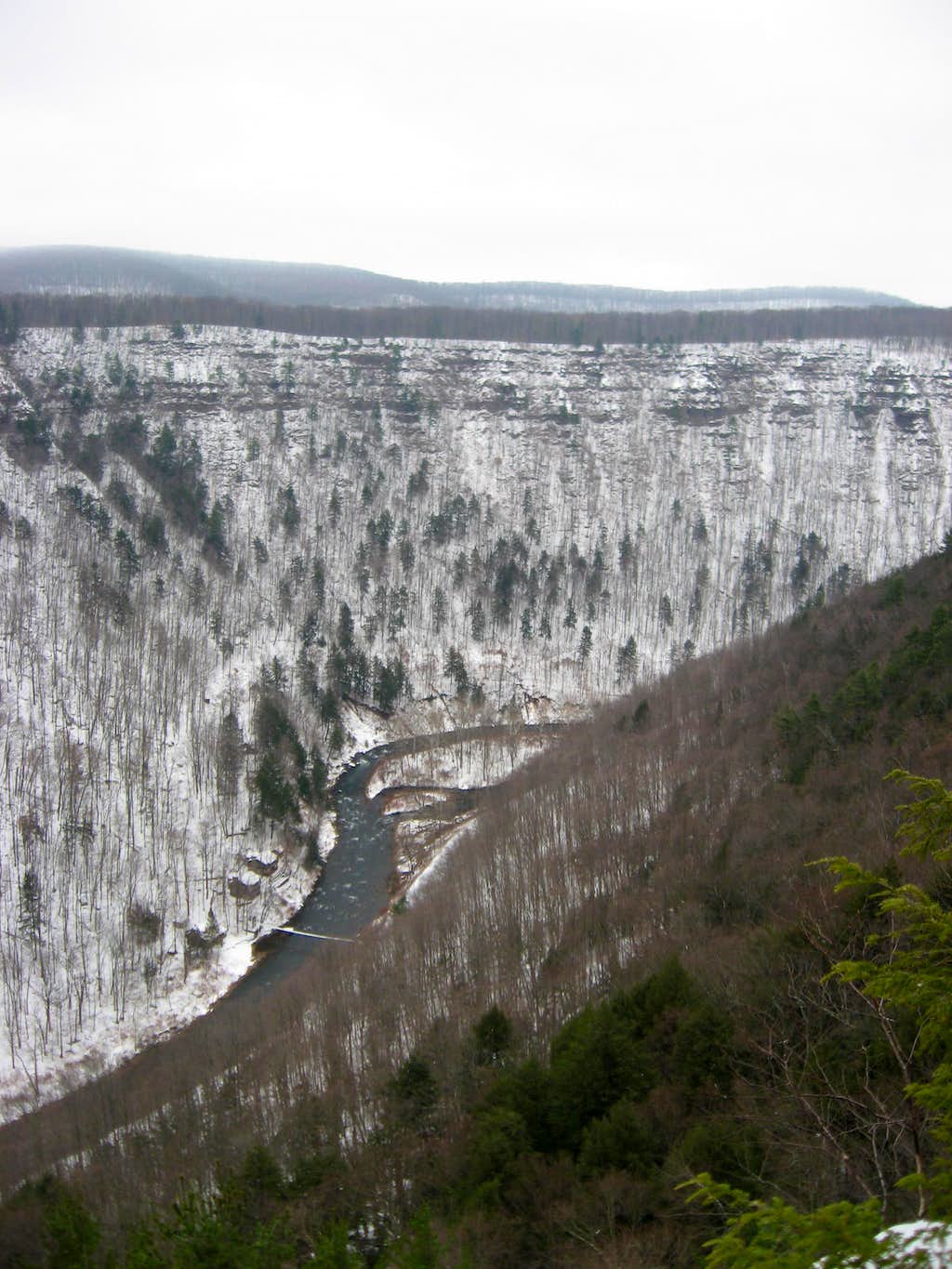 Along the eastern rim of the Pine Creek Gorge there are few areas to overlook the deep canyon, except in Leonard Harrison State Park. Here is pictured a view that few would ever see because it requires a short bushwhack from the nearest roads to get there. This is the Pine Creek Gorge (or Pennsylvania Grand Canyon) with the Owassee Rapids being more than 600 vertical feet below the rim of the gorge. The wall of rock on the opposite side of the canyon is Barbour Rock, named for a man that was killed in the Owassee Rapids during the logging era. (December 22, 2007)
« PREV NEXT »

The Grand Canyon of Pennsylvania(Canyon)