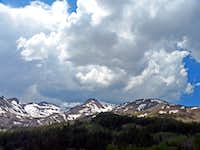 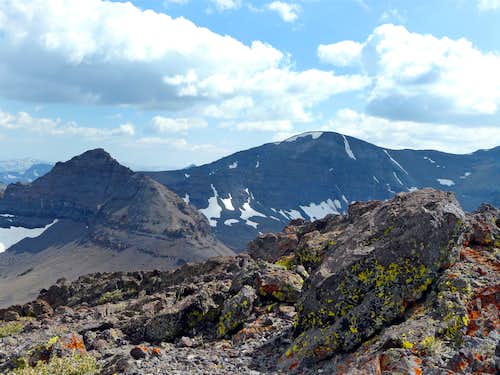 Pacific Crest Peak is an unnamed summit just south of Sonora Pass. Listed as Peak 11,245 on Topographic maps, this summit has 485' of prominence.  The Pacific Crest Trail goes just to the right of the peak, which is reached by an easy 1/3rd of a mile offshoot.  This can be followed by a half mile descent back to the trail further south.  This is an ideal summit to bag on the way to Leavitt Peak 11,590'.  Summit views are spectacular and add to the enjoyment of a hike in this area.

Because this summit is located south of Sonora Pass, hikers are approaching the north side, which loses snow later in the year.  Therefore, it is best to hike here starting late June and through the end of October.  Modify based on snow conditions. 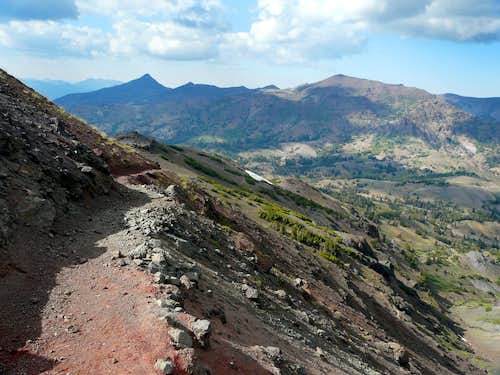 From the town of Sonora in the Sierra foothills drive 70 miles east on Hwy. 108 to Sonora Pass.  From Reno, head down Highway 395 to the 108 turnoff.

There is some limited parking right at the pass, or drive up to the PCT Trailhead, which adds just over a quarter mile round trip.

From Sonora Pass take the Pacific Crest Trail south as it winds up to the crest a little over 2.6 miles to a saddle just below the summit.  It is a steep walk up to the summit.  Total one-way distance is 3 miles, gaining 1,700'.

Pacific Crest Peak can ideally be combined with Leavitt Peak 11,569'.

Sonora Pass is generally closed during winter months.  It typically opens between early May and early June, depending on snow conditions.  There are no permits required. The road to Sonora Pass from the east or west is steep and winding with hairpin turns. It is not recommended for RVs or tractor-trailers.